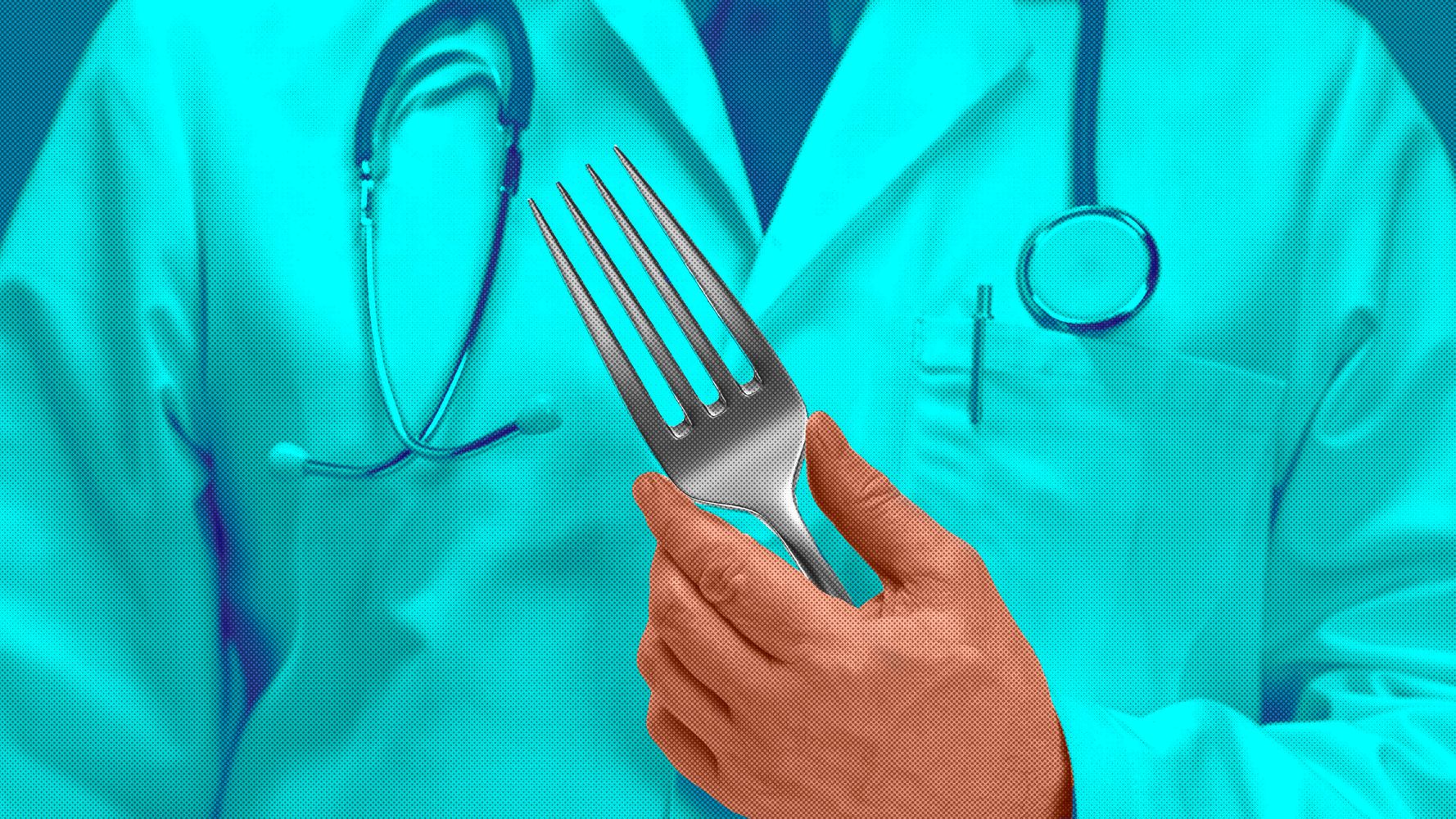 Eating healthy is a give and take between the foods we want to eat and the foods we should eat. Throw in the complications of being a modern person ― a busy schedule, long hours, preferences, kids, spouses, traditions, health conditions ― and it’s not so hard to see why eating well is more complicated than it sounds.

None of this is any less true for doctors. While their patients may not have the same income level or background, most doctors can relate to long, stressful days at work, which leaves limited time for meal preparation. And, of course, even cardiologists aren’t immune to craving steak, alcohol, pizza and other tasty favorites that aren’t exactly nutritious or healthy.

So, how does one balance everything while also paying attention to cardiovascular health? The answer, resoundingly, is moderation.

We spoke to four cardiologists about their personal diets and how they approach nutrition with their patients. Across the board, doctors would rather patients take small steps that they’re able to maintain than attempt a more extreme regimen that they later quit. “What’s effective is what’s sustainable,” one said.

Read on to learn what the cardiologists eat in a typical day, and their strategies for eating heart-healthy in the real world.

Lunch: Veggie burger or tuna sandwich with side salad from the hospital cafeteria

For Garg, cultural sensitivity is crucial to planning healthier meals, both for herself and her patients. She personally sticks to a pescetarian diet, but stays away from giving patients absolute rules and restrictions.

“I relish Indian food twice a week because it reminds me of my childhood, when I had it every night. To say ‘don’t eat that anymore,’ it’s impossible.” Instead of providing meal plans or barring patients from eating entire categories of food, she asks them to think in terms of ratios.

“Whether they’re Dominican, whether they’re Puerto Rican, whether they’re Indian – so many different cultures have the same bases for their foods. You can talk about flipping the ratios. It usually helps and they can still eat the things they want to eat.” She might ask patients to reduce the amount of carbohydrates ― like eating one roti instead of three ― and making up the difference with more vegetables.

She advises patients to avoid heavy fried foods on a regular basis, and when cooking at home, to use modest amounts of olive oil (about half a teaspoon at a time) when pan-frying food.

She also highlighted the value of approaching health care from a family perspective rather than as an individual. Because illnesses like heart disease are often passed down through generations, she encourages patients to think of themselves as models for their families. “Our kids are watching us,” Garg said. “Whatever eating habits we have will be passed down to them.”

Breakfast: Two eggs with some kind of grain; or whole wheat muffin with peanut butter and banana

Lunch: Fish or lean meat like chicken with vegetables on the side

Dinner: Fish or lean meat with veggie side; on occasion lean red meat like a flank steak, or sushi takeout

Like Garg, Mehta stressed the importance of setting realistic nutrition goals. He’s not one to flat-out ban specific foods and wouldn’t expect that of his patients, either. “It’s hard for me to advocate anything I can’t do myself, so this is kind of my middle road,” he said of his flexible and moderate approach to food.

“What I tell people is, what’s effective is what’s sustainable. Because if something isn’t sustainable, it isn’t going to be effective.”

Instead, Mehta follows general guidelines. He tries to stay away from processed foods and anything with a high glycemic index, opting instead for fruit or nuts in a pinch. Though fruit has been demonized by some diet programs for its sugar content, he considers fresh fruit to be a net positive, providing fiber, hydration and key vitamins.

While he predominantly eats meals that consist of lean animal proteins like ahi tuna or chicken, Mehta allows himself some of his other favorite foods on occasion.

“I love pizza,” he said. “So, once every other week I’ll have it, either on a Friday night,” or after being active. Mehta plays competitive tennis and enjoys skiing, and a vigorous workout makes him feel better about eating something relatively high in saturated fat or sugar.

Kroll is an internist with a special focus on studying and treating cholesterol and lipid diseases. Like many of us, he starts his day with coffee, despite its bad reputation.

“Coffee has been proven to have antioxidant effects,” he said. “Moderate amounts may lower your blood pressure, cause vascular relaxation and dilation of the blood vessels.” A moderate amount, if you’re wondering, is one to five cups per day depending on the individual.

The rest of his breakfast usually consists of whole-grain toast (not whole wheat) with lingonberry jam, which he likes for its relatively low sugar content.

For lunch, he has a supply of prepped meal kits delivered straight to the office every week. He buys these kits from Go Buddha, a vegan meal kit service. Kroll isn’t vegan, but he does limit his dairy intake for the sake of his blood sugar, and only eats meat every two to three weeks.

Like the other doctors we spoke to, Haythe doesn’t have hard rules for herself so much as general dietary guidelines that she adheres to most of the time.

Haythe is a big advocate of eating breakfast, and she encourages patients to do so, even when they don’t feel like it, in order to help manage their energy and appetite throughout the day. For her, that usually means oatmeal topped with fruit, though she will grab a smoothie sometimes for a filling breakfast or snack. She does stay away from fruit juices, however, which tend to have all the sugar and none of the fiber of fresh fruit.

She tries to avoid keeping desserts at home, and her kids reach for fruit when they want something sweet. (Frozen watermelon is a favorite in her house.) Along these lines, Haythe encourages her patients to skip buying highly processed junk food altogether. That way, they won’t be fighting with themselves over a midnight snack.

“If you go to the fridge at 11 o’clock at night and there’s nothing like that that you want, you’re not going to eat anything. If you don’t have sugar cereal, or Doritos, or donuts, you can’t eat them.”

The hosts of “The View” are taking a dim view o