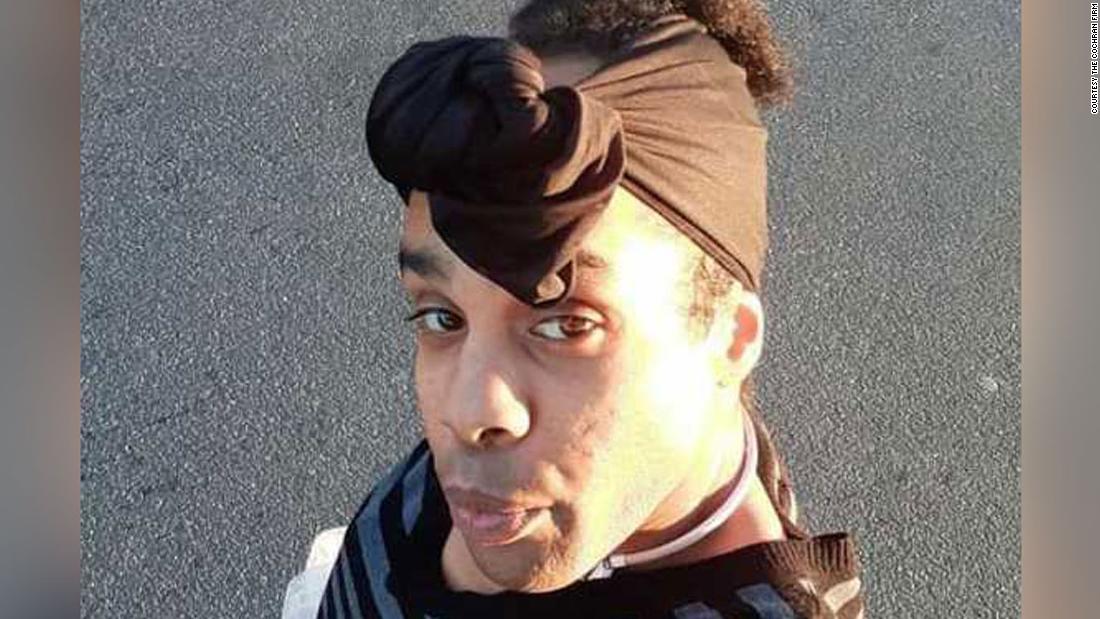 Isaiah Brown, 32, was shot by a Spotsylvania County Sheriff’s deputy while Brown was on the phone with 911 dispatch, David Haynes, the Brown family attorney, said in a news conference in Spotsylvania Courthouse on Monday morning.
Haynes said the deputy opened fire after mistaking Brown’s cordless phone for a gun.
Brown had “communicated very clearly to dispatch that he had no weapon and there’s no reason that the deputy should not have been informed of that,” Haynes said.
A transcript of the call says Brown answered yes and no when asked by the dispatcher if he had a gun.
“This was clearly a failure of communication between the dispatch and the officers that arrived on scene,” Haynes said. “As a result of those failures, Isaiah Brown is in intensive care.”
Brown was shot “at least 10 times,” Haynes said, citing medical records.
Brown remains in very critical condition on a breathing machine with eight bullets still in his body, Haynes said.
Haynes said the deputy who discharged their firearm “acted totally negligently and irresponsibly and overreacted to the scene.”
Virginia State Police confirmed to CNN on Friday that Brown was unarmed. Monday, a state police spokesperson told CNN they will not comment further on circumstances related to the shooting while it’s under investigation.
“The investigation remains ongoing at this time, so we are not in a position to comment on any circumstances related to the shooting. Once the investigation is concluded, state police will turn over the investigative findings to the special prosecutor for final review and adjudication,” the state police said in a Monday statement.
Authorities have already released the recording of the 911 call and body camera footage.
Haynes has also requested the release of audio between the dispatch center and the deputies who responded and the audio from earlier in the evening.

Same deputy had given Brown a ride home earlier

The shooting happened about 3:20 a.m. Wednesday, state police said. About an hour earlier, the same deputy gave Brown a ride after his vehicle broke down, Haynes said.
Around 50 minutes later, Brown called dispatch and deputies were sent back to his house due to him “having a difficult situation, mental stress,” Haynes said, adding that the situation was not violent.
In audio released by the sheriff’s office, Brown can be heard arguing with his brother. At one point, Brown asks his brother for a gun, but his brother refuses, and Brown tells the dispatcher he’s about to kill his brother.
The dispatcher asks Brown whether he has a gun, to which he says both yes and no, according to the transcript of the call that accompanied the sheriff’s office video.
Moments later Brown tells the dispatcher he is outside, walking down the road, when sirens are heard in the background. The dispatcher tells Brown to hold his hands up.
Speaking Monday, Haynes said that Brown’s brother was inside the residence at the time of the shooting, did not witness the shooting and is cooperating with Virginia State Police.
In the body camera footage, the deputy is heard saying Brown is holding a gun to his head.
“Drop the gun now and stop walking towards me,” the deputy is heard yelling in the body camera footage. “Stop walking towards me. Stop. Stop.”
A series of gunshots are heard. The deputy continues telling Brown to drop the gun and show his hands before providing Brown with medical aid. In the footage released by the sheriff’s office, Brown is blurred out.

The deputy, who has not been named, has been placed on administrative leave according to the sheriff’s office policy, Sheriff Roger Harris said in a video statement released with the body camera footage and 911 audio.
The shooting of Brown, who is Black, comes as many law enforcement agencies are under increased scrutiny following high-profile fatal shootings of Black people, including 16-year-old Ma’Khia Bryant in Columbus, Ohio, and Andrew Brown Jr. in Elizabeth City, North Carolina.
Virginia State Police said its Bureau of Criminal Investigation’s Culpeper Field Office Police Shooting Investigation Team was investigating at the request of the Spotsylvania County Sheriff’s Office.

Yolanda Brown, the sister of Isaiah Brown, spoke at the Monday news conference.
“Everybody asked me how many questions I have — I have many I would like to have answered,” she said.
“How do we feel? I don’t really know how to say how we feel,” she said. “As a whole right now, this country is divided. It’s not one race. There’s a lot of minorities that walk in daily fear. It’s a fear that nobody should have to feel.”
Yolanda Brown said her brother worked as a home health aide caring for elderly patients and was “known for his smile” and was “always there to try to help.”
“My only concern at this point is just for my son to hopefully come home alive. That’s all I have to say,” Jennifer Brown, the mother of Isaiah Brown, said in a short statement.
Haynes said Monday that the Brown family requested the Spotsylvania County sheriff stop releasing information on Brown’s condition to the public, saying it was “inaccurate” information and not authorized by the family.

On Monday, tragedy struck Boulder when a gunma