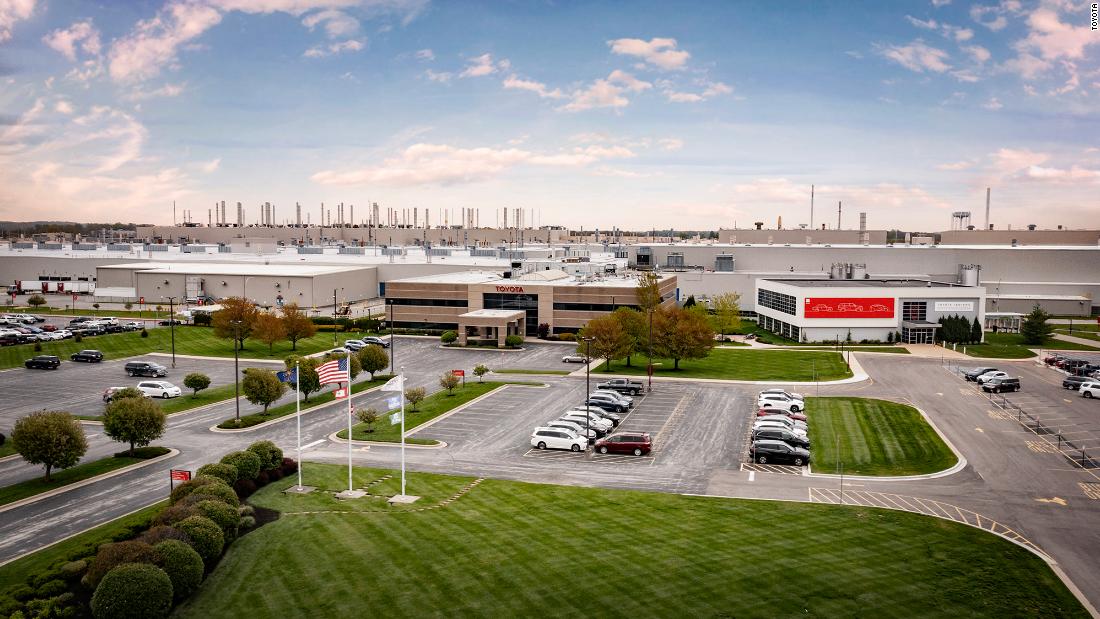 The still-unnamed vehicle will have both a Toyota version and a Lexus version, the company said. The announcement of the plans, the new jobs and an $800 million investment at the Princeton, Indiana, factory was made Wednesday.
Specifics about how the SUV will be powered were not given, but the company said it would be “electrified.” That could mean it will be a pure battery-electric vehicle, a plug-in hybrid that gets some of its power from being charged through electricity or a traditional hybrid that generates the electric power it uses while being powered by gasoline.
Toyota was a pioneer of that traditional style of hybrids, and counts them as electrified. But it has fallen behind some other established automakers in the production of fully electric vehicles.
“Both [SUVs] will join a diverse, electrified product portfolio and will help the company get another step closer to Toyota’s global aim towards carbon neutrality by 2050,” the company said in a statement.
Virtually all automakers are ramping up production plans for electric vehicles to meet increasingly tougher and more expensive environmental regulations.
Various governments have announced rules that would require only plug-in hybrids or emissions-free cars by various deadlines in the future. California Gov. Gavin Newsom has signed an executive order calling for only emissions-free cars to be sold in the state by 2035.
Demand for electric vehicles is increasing as automakers develop more choices at cheaper prices. There’s also an economic motive for traditional car companies to make the switch: Electric cars have fewer moving parts than gas-powered vehicles, and can be cheaper to build because they require less labor.
Toyota also said that the new SUVs will have “a semi-automated driving system,” which will allow for hands-free driving “in certain conditions,” as well as a remote parking feature that lets the driver park while outside the vehicle using a smartphone.
Share

Online dating is a challenge for everyone.