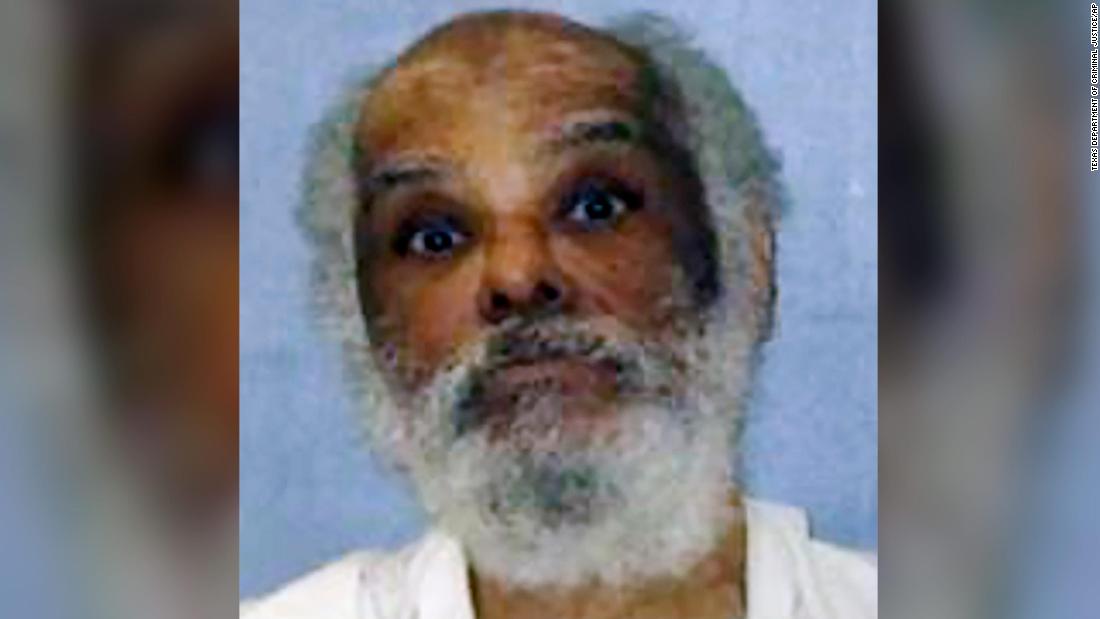 The Texas Court of Criminal Appeals ruled on Wednesday that Riles’ death sentence “can no longer stand” because the jury that sentenced him was not given instructions to consider his mental illness as a possible mitigating factor.
The case will be sent back to Harris County, where he was originally tried, for a new punishment proceeding. Riles could be sentenced to death again, one of his lawyers said.
Riles, the longest-serving inmate on the Texas death row, was convicted and sentenced to death for the 1974 shooting death of Houston used car dealer John Thomas Henry during a robbery.
Riles, now 70, and an accomplice were initially sentenced to death in 1976, but their convictions were overturned, according to Thea Posel, an assistant professor at the University of Texas at Austin School of Law, who is one of Riles’ attorneys.
During his retrial, Riles mounted an insanity defense and called several psychiatrists and psychologists, who evaluated him after the offense and testified that he “was often psychotic and had suffered for some time from some type of schizophrenia,” according to the ruling.
Family members also testified about his “odd and often violent behavior as a child, adolescent, and adult” and their unsuccessful efforts to get him mental health evaluations.
The jury rejected that defense and again convicted Riles of capital murder in 1978.
Under Texas law at the time, the jury was only asked during sentencing if Riles acted deliberately with the reasonable expectation that death would result, and if there was a probability he would commit criminal acts of violence in the future that would make him a continuing threat to society, according to the court order.
The jurors answered yes to both questions and Riles was sentenced to death.
Riles was scheduled to be executed three times, but he was found to be too mentally ill to execute, Posel told CNN.
“The first time they found him incompetent was in 1987 and 1988 and he has never been restored,” she said.
His accomplice pleaded guilty to related charges and was given sentences of 50 and 25 years, according to the Harris County District Attorney’s office.
In 1989, the US Supreme Court ruled that the Texas jury instructions were unconstitutional because they didn’t allow jurors to consider mental illness or other issues that might justify a life sentence, said Jim Marcus, a University of Texas at Austin law professor, who also represented Riles.
Texas changed its sentencing laws, but it took years and additional court cases before cases involving people sentenced under the old statute, like Riles, were reconsidered, Marcus said.
The Harris County District Attorney’s Office agreed that Riles’ sentence was unconstitutional in a response filed with the Court of Appeals in January.
“We are glad Texas’s highest court unanimously agreed with prosecutors and defense lawyers that jurors must be able to consider a defendant’s mental health history before deciding punishment,” Harris County District Attorney Kim Ogg said in a statement provided on Friday to CNN.
At the punishment hearing, Riles will face the possibilities of another death sentence, or life in prison, Marcus said.
“He remains severely mentally ill at this point, and so I think it would be unlikely that he could satisfy the standard for competency for a new trial,” Marcus said. “In order to be sentenced to death, there would have to be a new sentencing proceeding a new sentencing trial, and I’m not sure that he would satisfy the standard to be competent for trial.”
If he was sentenced to life, Riles would be eligible for parole, but that decision would be made by the Texas Board of Pardons and Parole, Posel said.
Share

A new survey shows that 80% of Americans belie