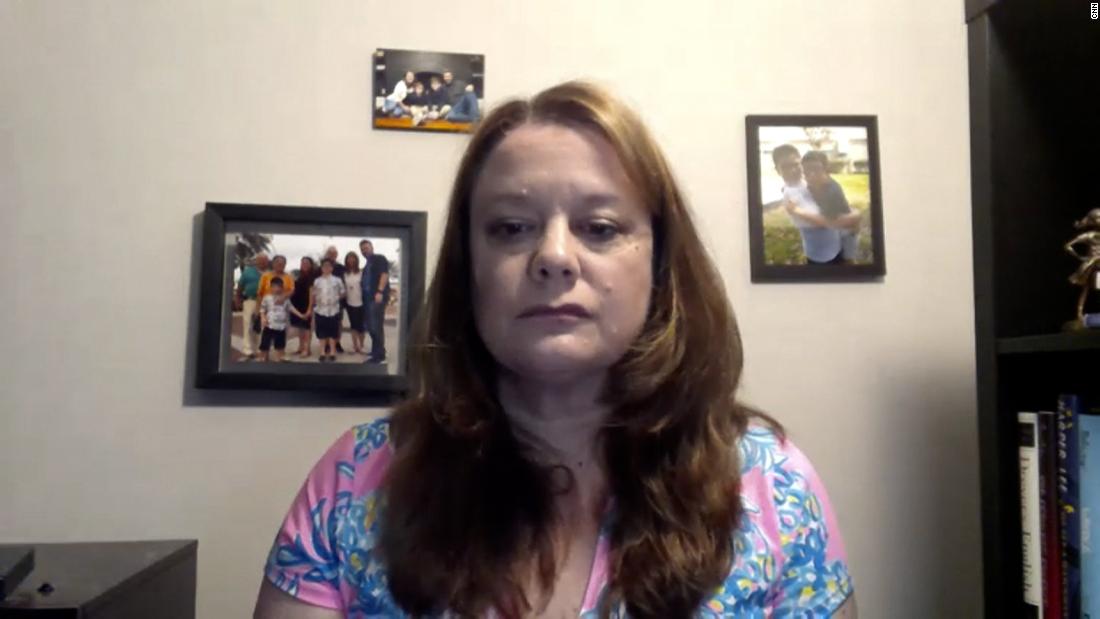 Will, 10, has Down syndrome and other underlying health conditions, but has always been included in a general education class in a public K-8 school his mom, Judi Hayes, told CNN’s Brianna Keilar.
Now, because her son is immunocompromised, she says his health will keep him from attending school with his peers in the Orange County Public Schools district.
The district’s policy requires masks for students and staff, but parents can easily opt out with a signed note.
“Opting out means sending a simple note with your child on the first day of school such as ‘I am opting out of the face mask requirement for (child’s name)’ with your signature, the school district’s policy states.
The district’s mask mandate is effective for 30 days and begins the first day of the school year on Tuesday.
In July, as Covid-19 cases surged in Florida, DeSantis issued an executive order directing the state’s health and education departments to issue rules preventing the implementation of school mask mandates. The order came “in response to several Florida school boards considering or implementing mask mandates,” the governor’s office said, and is meant to “protect parents’ freedom to choose whether their children wear masks.”
“If we don’t have enough kids wearing masks, that effectively makes it unsafe for my child to go to school at all,” Hayes said.
“And if he can’t go to school in person, he can’t just pivot to digital learning like most kids could because he wouldn’t have access to the educational supports, so not having a mask mandate just completely deprives him of the opportunity to be educated along with his typical peers.”

DeSantis is lodging a ‘culture war’

Judi Hayes and a handful of other concerned parents with students who have disabilities filed a lawsuit against the state of Florida and DeSantis on Friday. It’s the second lawsuit DeSantis is facing over his mask mandate ban.
“It is a common sense, reasonable accommodation for a vulnerable child who is immunocompromised or at risk of a serious disease to require a public entity to implement simple precautions to ensure that the most vulnerable children are safe,” the lawsuit states.
“While this proposition should not be in dispute, Governor DeSantis’ executive order requires school districts to defy their obligations under Federal Law and harms the children who the disability discrimination laws were enacted to protect.”
The lawsuit claims violations of the Individuals with Disabilities Education Act, Americans with Disabilities Act and the Rehabilitation Act.
“I feel like this is yet another culture war that Gov. DeSantis is lodging against the people of Florida,” Hayes said.
“Parents like me are terrified. School starts in an hour and a half and we have no options, we have no idea what we’re supposed to do and it’s almost as though (DeSantis is) actively trying to harm our children. He’s definitely not doing anything to keep them safe.”
CNN has reached out to the office of the governor and the Florida Education Commissioner for comment.
“This is no different from a child with a peanut allergy going to a school and saying you cannot bring peanuts in or else I’m going to get sick,” said Matthew Dietz, Judi Hayes’ attorney and litigation director at the nonprofit Disability Independence Group Inc.
Florida’s second-largest school district, Broward County Public Schools announced in late July that the district would require everyone in their buildings to wear masks to guard against Covid-19. That came after the US Centers for Disease Control and Prevention issued new guidance recommending everyone in K-12 schools wear a mask regardless of vaccination status.
The district said it will withdraw its mask mandate after the governor threatened to withhold funding from districts that require face coverings.
“It terrifies me, I’ve lived in Florida practically my entire life and I never envisioned that I would be in this position, that the governor would actively be trying to harm my child,” Hayes said. “Epidemiology doesn’t work that way, it doesn’t care about your freedom, it doesn’t care about your feelings.”
Will’s 13-year-old brother, who is vaccinated, will go to school, according to his mother.
“He will wear probably two masks all day long and he has a short schedule and I feel like that’s reasonably safe, like maybe he will be okay,” she said. “I’m still going to worry about it all day long: I’m going to make him take a shower as soon as he walks in the door … but for Will it’s not on the table.”
“It’s absolutely unsafe and I can’t in good conscience send him into an environment like that.”
Share

Not all of the coronavirus health guidance rele