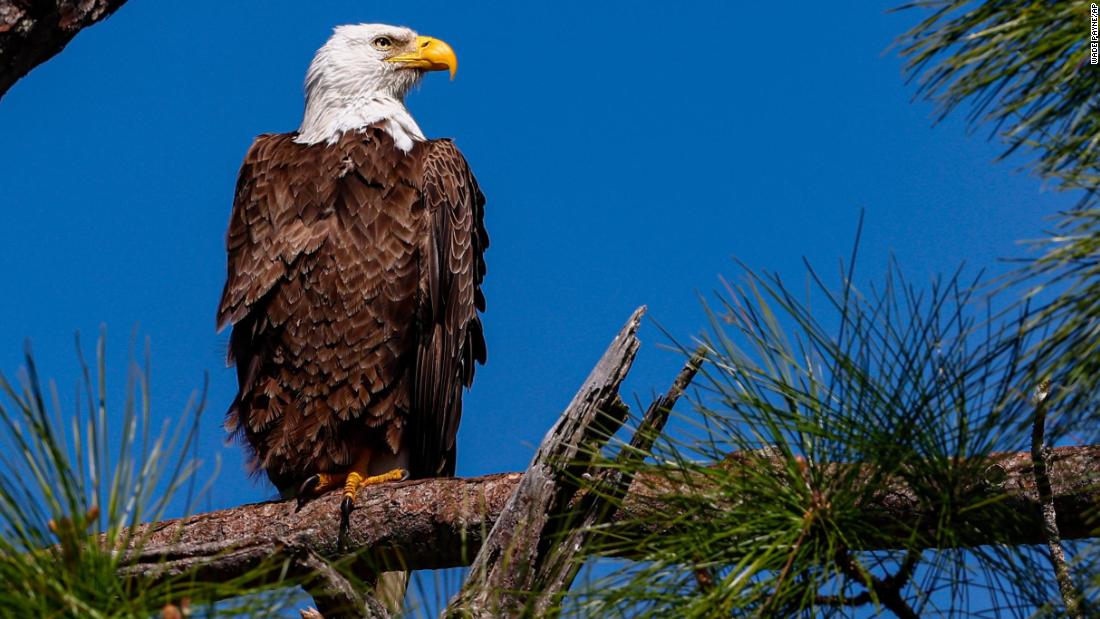 Bald eagles once had faced grave threats to their survival in the 1960s due to hunting and DDT poisoning, but are now thriving thanks to past protections afforded by the US Endangered Species Act. The eagle population has quadrupled in size in the last 12 years, according to the US Fish and Wildlife Service.
However, this latest study has demonstrated a present danger to the health of these apex predators. Anticoagulant rodenticide compounds, another name for rat poison, were found in 82% of the 133 eagles tested by researchers, according to a study published in the journal PLOS One.
Of the 116 bald eagles tested, 96 were exposed to poison; and of the 17 golden eagles examined, 13 were exposed.
Researchers examined the carcasses of eagles in the United States between 2014 and 2018, and they could not establish how the poison got into the birds’ systems.
“Although the exact pathways of exposure remain unclear, eagles are likely exposed through their predatory and scavenging activities,” said study author Dr. Mark Ruder, assistant professor at the University of Georgia College of Veterinary Medicine’s Southeastern Cooperative Wildlife Disease Study.
In the United States, rat poison is commonly used when trying to eliminate rats and mice, Ruder said. The poison can last a long time in a host’s body, he added.
The poison causes blood clots, so if a bird showed evidence of internal bleeding with no other trauma on its body, the researchers classified it as death by rat poison. Of the birds examined, 4% died from rat poison.
This study showed that “we are unnecessarily killing some of our most majestic bird species,” said Scott Edwards, professor of zoology and a director of graduate studies at Harvard University, who was not involved in the study.
Rat poison and other chemical compounds should not be used to kill rodents, said Edwards, who is also a professor of organismic and evolutionary biology.
“Humans need to understand that when those compounds get into the environment, they cause horrible damage to many species, including our national symbol, the bald eagle,” he said.
Humans are to blame for poisoning the eagles, Ruder said, and more research needs to be done to determine other possible negative side effects for the birds that have poison in their systems but don’t die from it.
While Ruder’s hypothesis is that the eagles ingest the poison by eating rats and mice, he said he’d like to confirm exactly how the birds ingest the poison.
When researchers can trace how the poison enters the birds’ systems, Ruder said there should be more regulations in place to protect wildlife. “As people, we need to recognize and understand our role in wildlife mortality and adjust our behavior where we can,” he said.
Share

On the day after the 27th anniversary of their