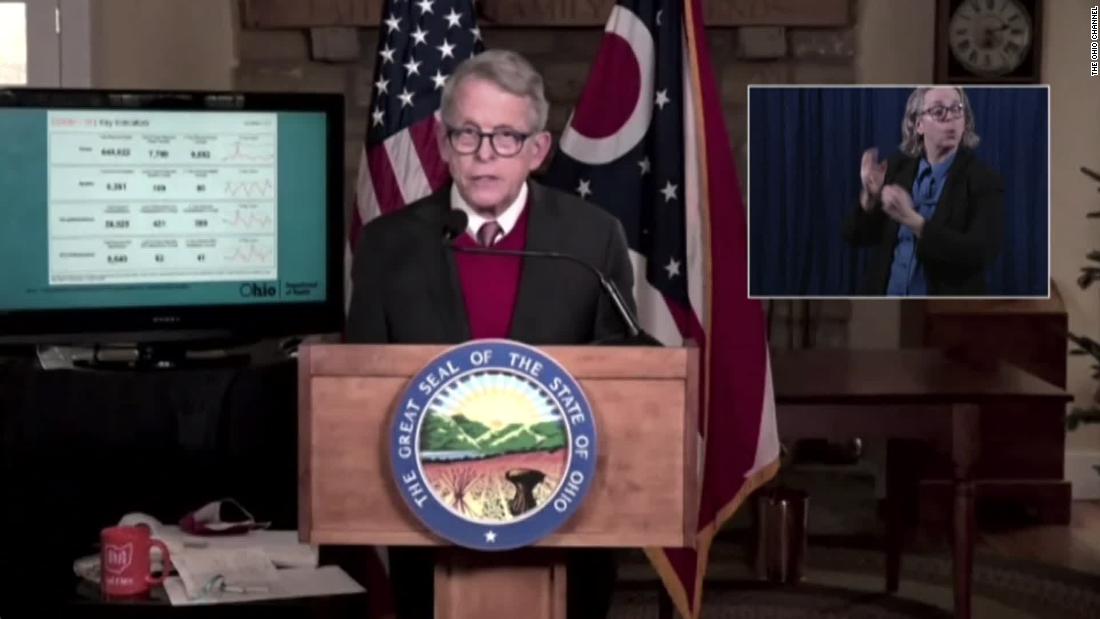 The bill is expected to be introduced “within the next few days,” DeWine said, and will include more training for officers in areas including de-escalation and use of force, a statewide use of force incident database, an officer discipline database and a requirement for an independent investigation of officer-involved critical incidents.
He added that law enforcement groups, civil rights leaders and Republican state Rep. Phil Plummer, the former Montgomery County sheriff, worked with DeWine’s office on the legislative proposal which “will increase accountability and transparency in law enforcement.”
“George Floyd’s death laid bare some of our deepest divisions in our country — our goal, my goal, all of our goal should be to work every single day to bring us together as a people, to bring us together as a country,” the governor said, adding that “there is a lot for us to learn from this great tragedy.”
Derek Chauvin, the former Minneapolis police officer who knelt on George Floyd’s neck for more than nine minutes during Floyd’s arrest last year, was found guilty Tuesday of all three charges against him in one of the most consequential trials of the Black Lives Matter era. Chauvin, 45, was convicted of second-degree unintentional murder, third-degree murder and second-degree manslaughter. The jurors deliberated for more than 10 hours over two days in coming to their decision.
DeWine’s announcement also follows a fatal police shooting of a Black teen, who charged two females with a knife, in Columbus, Ohio, on Tuesday. That shooting occurred about 30 minutes before the verdict was delivered in Chauvin’s trial.
The officer who fired the shots is off street duty pending an investigation, and Columbus Mayor Andrew Ginther has said state investigators will determine “if the officer involved was wrong, and if he was we will hold him accountable.”
Discussions around federal police reform have also picked up speed among members of Congress, and Attorney General Merrick Garland announced Wednesday that the Justice Department has launched a federal civil probe into policing practices in Minneapolis following Floyd’s death and Chauvin’s conviction.
DeWine has previously moved to address the state’s use of force. Last year, he directed Ohio Cabinet-level agencies to review their use of force policies, and urged the Ohio assembly to ban the use of chokeholds. He also asked the Ohio Highway Patrol to begin obtaining body cameras for all officers.

Anna Berger, a Delta flight attendant who was