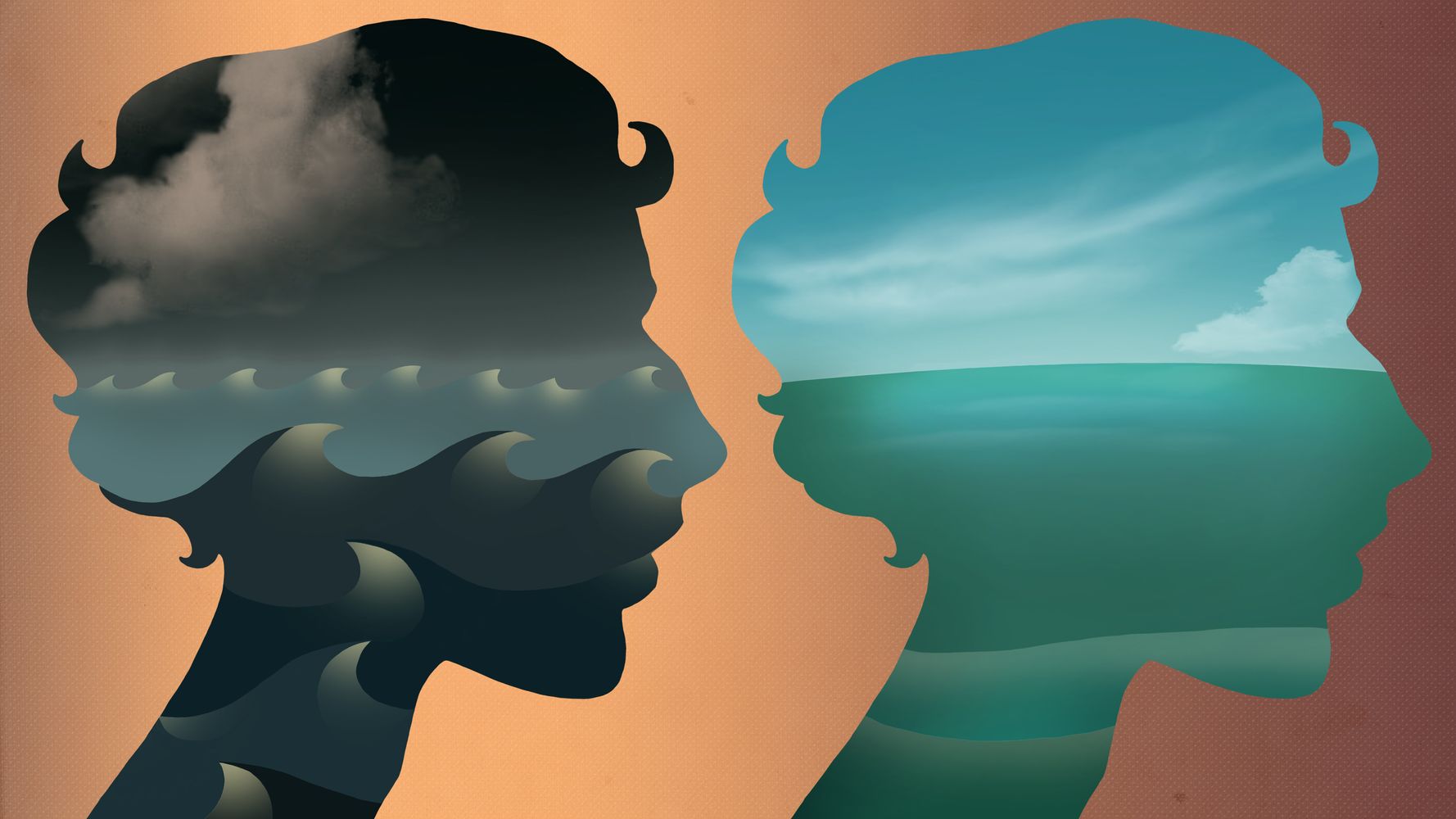 Lisa Miller likens her mind to a sieve when “menopause brain” hits at work.

“My co-workers will always be like, ‘Remember last week when we were talking about that slide?’ and I’m like, ‘Nope, I have no idea what you’re talking about,’” said Miller, a customer relations and document control specialist for an aerospace company in Virginia.

“It’s like my brain is a sieve, and just spots and memories go right through it, like a spaghetti strainer. It’s very frustrating. I know my colleagues do get frustrated. I get frustrated.“

Forgetfulness and having difficulty concentrating or thinking clearly are common symptoms, collectively known as “brain fog,” that can affect one-third to two-thirds of people going through menopause, according to researchers’ estimates.

It’s also one of the 34 documented symptoms associated with perimenopause, the phase before menopause when a person’s body starts making less estrogen until eventually their ovaries stop releasing eggs. (Menopause itself is calculated as beginning on the 365th day since a person’s last period.)

Although menopause can be surgically or medically induced, there are usually no predictable starting and ending points when it occurs naturally. It often takes place between the ages of 45 and 55 ― critical career years when people typically take on more leadership and responsibilities at work and consider their legacies.

Perimenopause lasts for an average of about four years, but the menopause transition can stretch on for 14. This uncertain timeline can cause a lot of career anxieties. One 2014 survey in the U.S. revealed that 12% of women admitted they had passed up a more demanding job or promotion because of their menopausal symptoms.

Because her brain fog interferes with her ability to do her job, Miller, who is 53, said she worries her menopause transition will last into her retirement.

“I’m hoping every day that it ends, but I’ve been told it could last seven to 10 years, which is terrifying,” Miller said.

Here’s what people told us about how menopause affects them at work, for better or worse, and what coping strategies and advice they have for how to put this transition in perspective.

There can be work-disrupting physical symptoms, like hot flashes and heavier periods.

For Kimberly Caprio, a Connecticut-based breast surgeon, it’s the hot flashes that make it obvious what she is going through. “When I take my gown off, it looks like a bucket of water was poured on my head,” she said.

“I don’t find it depressing or anything like that, it’s just annoying as hell.”

Caprio said the excessive sweating she often experiences is inescapable and distracting while she is working. “I’m trying to concentrate on an operation; it’s rather annoying to be feeling the drips,” she said.

She’s currently looking into buying a cooling vest to wear with her hospital scrubs, but in the meantime, she said, “I just have to deal with it.” She also experiences heavier periods and cramping because of her menopause transition, and “when that happens on a long operating day, it’s never a disaster, but it’s always like ‘Ughhh.’ It’s another weight in the bag that you’re carrying.”

Putting symptoms in perspective is helpful, because they can last a while. A study by the Journal of the American Medical Association in 2015 found that menopausal people experience hot flashes and night sweats for a median of seven and a half years.

Menopause symptoms can be treatable, however. Health care providers can guide people through this time and suggest options including hormone and estrogen therapy, nonhormonal alternatives, lifestyle changes or medications for specific symptoms.

“Many of these symptoms can be treated safely and effectively, and I try to raise that awareness in women,” Heather Hirsch, the director of Brigham and Women’s Hospital Menopause and Midlife Clinic, said on her hospital’s website. “It’s a time when many patients feel lost, frustrated and fearful — and a lot of that is unnecessary. Education and myth-busting have become big parts of my job.”

Caprio said she doesn’t attach negative meaning to the menopause experience, but she is waiting for hers to be over.

“I don’t find it depressing or anything like that; it’s just annoying as hell,” she said.

After her first five months of menopause, Miller decided to not dance around the subject with her colleagues, most of whom are male, or make excuses for it. She felt it had become “super obvious” what was going on when she needed a fan on days when it was freezing outside.

“It is what it is. It’s a part of life,” she said. When she has brain fog, she said, “I just flat-out tell my co-workers: ‘You’re going to have to show me. Can you go into greater detail?’”

Sometimes she receives heavy sighs in response. But Miller said that for the most part, the men she works with are receptive because of other women in their lives.

“I have one co-worker whose wife is my age, so he totally gets it,” Miller said.

Tina Opie said she manages her brain fog by asking colleagues for what she really wants or needs without feeling guilty about it. A management researcher, founder of the Opie Consulting Group and a visiting Harvard Business School scholar, she also does additional prep work before teaching her classes.

“I will actually go through the slides, and I look crazy when I’m doing it, because I’m rehearsing what I’m going to say. Even the transitions in between slides, a joke I may tell … ,” she said. “Typically, I make my brain go through that process beforehand, because my short-term memory is definitely challenging.”

Another perimenopausal symptom she experiences is anger that flares quickly and stays. When she is in this emotion, Opie said, she has found it helpful to write before she speaks so that she can recognize and surface her own assumptions and extend grace, an important aspect of her leadership style.

If she is feeling invalidated or disrespected in public, for example, she asks herself, “Well, do they do that because I’m Black, because I’m a woman, because I’m 50? And then I try to write down alternative explanations for what they could have done. The writing forces me to slow down.”

Creating an open dialogue with co-workers and practicing individual coping strategies raise awareness, but Opie noted that there is an institutional responsibility, too.

“Roughly 50% of the population is going through menopause at the workplace. What are you doing from a systemic standpoint to make this an inclusive workplace?” she said.

An organization’s answers don’t necessarily have to be elaborate, but they should be focused on supporting employees. Researchers have found that menopausal workers want their employers to offer four practical accommodations: fans, easy access to temperature control, the option to work remotely and including menopause in occupational health and safety and human resource policies.

“These steps are not just about alleviating symptoms,” management professors Kathleen Riach and Gavin Jack wrote at The Conversation. “They are about avoiding signaling that women of a certain age are an inconvenience or less valued as employees.”

But experiencing menopause at work is not always negative. In fact, it can be a gateway to a better or more improved career.

The physical symptoms of menopause aren’t fun, but the transition can also be a positive, freeing experience.

Omisade Burney-Scott, a North Carolina-based social justice advocate and the creator of “The Black Girls’ Guide to Surviving Menopause,” a podcast and multimedia project, said that too often menopause is reduced to a stereotype of “hot, sweaty, angry people without any context.”

“It requires a level of focus on yourself that you may not have engaged in before.”

The experience pushed Claire Hattrick into pursuing a long-held passion. The esthetician and blogger lives in Hampshire in Britain, a country where 900,000 women reported that they quit their jobs due to menopause symptoms in 2019.

When she went through menopause, Hattrick had “horrendous” joint pain that caused her to have to lie down on the floor between waxing clients. It eventually pushed her to work fewer hours, switch up the types of beauty treatments she performed and start blogging about her life, which ultimately turned into an additional career path.

Hattrick, who is now postmenopausal, said she sees positives in this outcome, including a new self-confidence: “It kind of makes you feel like you can take on the world almost. Like if you can deal with this, you can deal with anything.”

“If I hadn’t gone through this, I would have plodded on with the beauty [work],” Hattrick said. “It made me look at doing something I’ve always wanted to do. It’s almost forced me a little bit into saying, ‘Well, if I don’t jump ship now, I’m never going to do that.’“

Opie, too, said menopause can be a gateway for deeper career introspection and transitions, in the way turning 50 and going through perimenopause has been for her.

“It requires a level of focus on yourself that you may not have engaged in before,” she said. “You are trying to converge upon ‘what is going on with me,’ because you don’t know how to label this constellation of symptoms, and as a result, there is a self-focus that enters. …

Around 905,000 Americans may have died from COV

People incarcerated in an Arkansas jail say the