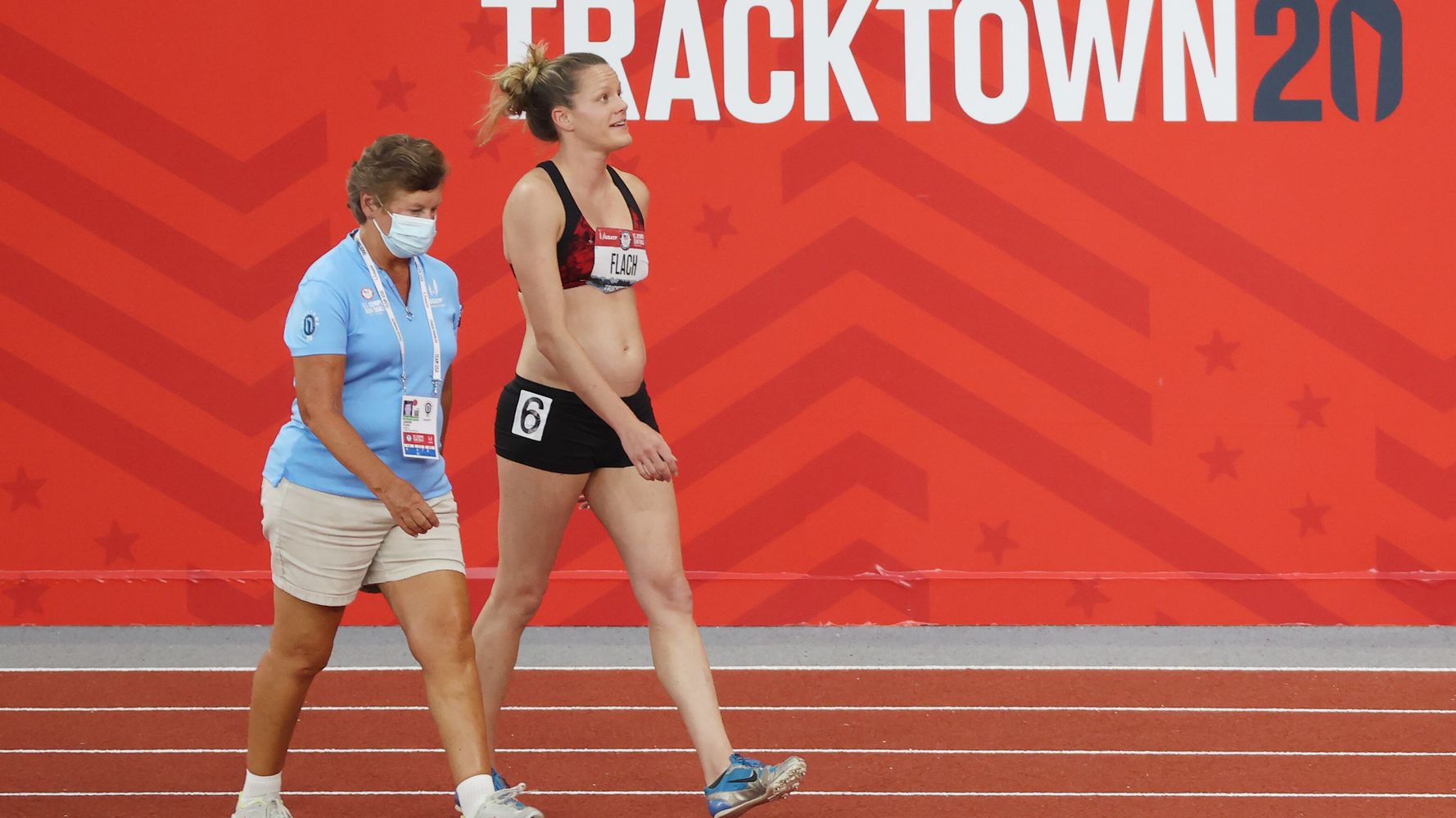 On Saturday, Lindsay Flach, a competitor in the heptathlon at this year’s U.S. Olympic trials, announced via Instagram she is 18 weeks pregnant.

Flach, 31, previously competed in heptathlons at the 2012 and 2016 Olympic trials. She prefaced this year’s competition with photos showing off her baby bump.

“The secret is no secret anymore,” she wrote on Instagram.

“Every story has an end but in life every end is a new beginning.”

The heptathlon is one of the most taxing events in track and field, featuring seven varied competitions: the 100-meter hurdles, high jump, shot put, 200-meter sprint, long jump, javelin throw, and 800-meter run.

On Sunday, record heat at the track facility in Eugene, Oregon, forced officials to postpone the day’s events until the evening. Flach competed in every event and finished 100 meters of the 800-meter run. She ultimately placed 15th out of the 18 heptathlon competitors who started.

Lindsay Flach, who was competing in the #TrackFieldTrials21 heptathlon at 18 weeks pregnant, intentionally only ran 100 meters of the 800m to close out her Olympic Trials. It’s nearly 100 degrees in Eugene right now. Her high jumping was particularly impressive! pic.twitter.com/TbT6DTesFD

With her feat on Sunday, Flach joined a growing list of female athletes who have participated in elite competition while pregnant. In 2017, Serena Williams shed light on the experience after revealing she was pregnant when she won the Australian Open that year.

Williams’ transparency helped inspire some women in sports, including pregnant women, to defy gendered expectations of their bodies. She also helped draw attention to other athletes who’d previously done the same.

Sometimes “following the science” is a simple m