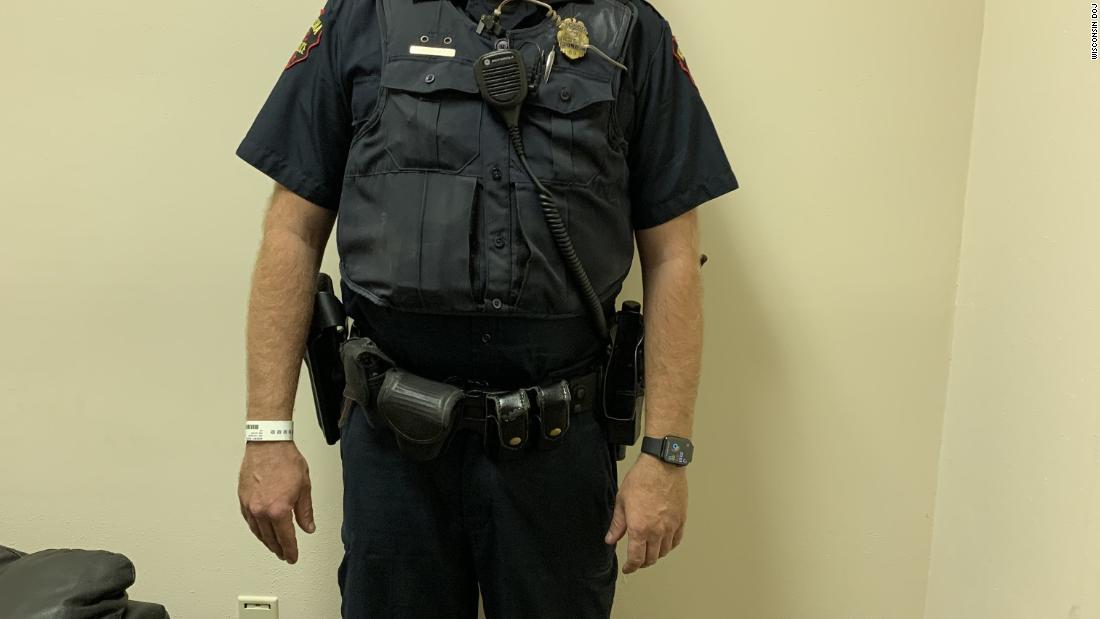 “Although this incident has been reviewed at multiple levels, I know that some will not be pleased with the outcome,” Miskinis said Tuesday afternoon. “However, given the facts, the only lawful and appropriate decision was made.
Sheskey returned from administrative leave on March 31, according to Miskinis. “Officer Sheskey was found to have been acting within policy and will not be subjected to discipline,” the chief added.
Kenosha County District Attorney Michael Graveley announced in January that Sheskey would not face charges in the shooting.
In addition to the district attorney’s investigation, the incident was also reviewed by an outside agency and independent expert, Miskinis says.
CNN reported that Sheskey told investigators shortly after the incident that he used deadly force during the chaotic encounter because he was afraid Blake, while attempting to flee the scene, was trying to kidnap a child in the back seat of the vehicle he was driving.
Prior to the shooting, Sheskey pedaled around the lakeside city as part of the bike patrol and walked the shopping mall beat during the holidays. He’d occasionally bring a squad car home from work and turn on the siren for neighborhood kids, one neighbor recalled.
Police and city officials did not respond to CNN’s previous public records requests for Sheskey’s history with the department, including any previous uses of force or disciplinary issues.
According to a memo from the police chief published on the city’s website, Sheskey received a one-day suspension in 2017 for a violation regarding “safe operation of department vehicles.”
Sheskey was sworn in as a Kenosha officer in 2013, according to photos of the swearing-in ceremony posted on the department’s Facebook page. He was following in the footsteps of his grandfather, who served in the department for many years, according to a post on the Kenosha Police Department’s Facebook page.
Prior to joining the Kenosha Police Department, Sheskey was employed at the University of Wisconsin-Parkside, where he worked his way up from dispatcher to police officer.
A university spokeswoman previously declined to provide details about Sheskey’s tenure other than to say he worked there from 2009 to 2013 as a dispatcher, police service associate and, finally, officer.
Share

A few years ago, I booked a flight to Ireland.

As of midday Tuesday, six men and three women