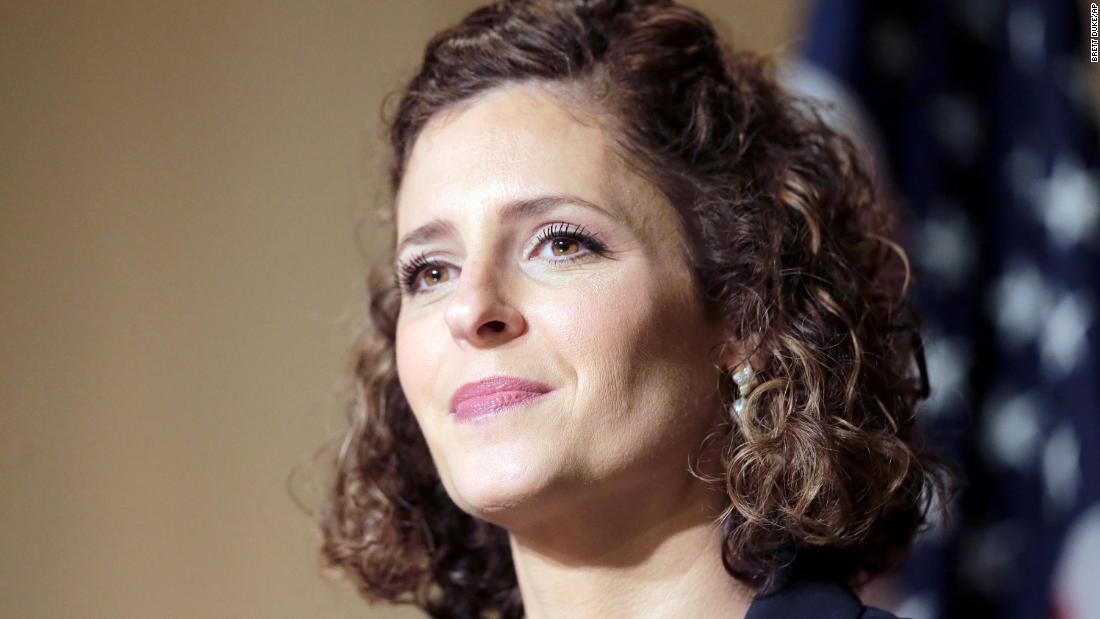 But he never made it to Congress, dying from complications of Covid-19 before he was sworn in.
Letlow, a university administrator who wrote a doctoral dissertation on grief, had to make a quick decision. She jumped into the race in mid-January after the governor called a special election to replace her husband, the late Rep.-elect Luke Letlow.
The first-time candidate has the advantage of a campaign team already in place, and she’s now the front-runner in a 12-person field, poised to become the first Republican woman elected to Congress from Louisiana and to bolster the already record-breaking 30 Republican women in the House this year.
“It’s definitely different being the candidate than it is the spouse, but nothing that I wasn’t used to already,” said Letlow, who campaigned alongside her husband — a former Hill staffer — across the rural district’s 24 parishes when he ran for the safe Republican seat last year.
Under Louisiana’s jungle primary system, candidates of all parties run together on one ballot. If no one receives a majority of the vote — which may be hard to do with such a crowded race — the top two vote-getters will advance to a runoff. Letlow raised $683,000 by the end of February, with Democrat Sandra Christophe raising the next highest amount of money, about $75,000.
Running in this deeply conservative district, which covers northeastern Louisiana and extends to the tip of the boot, Letlow has racked up widespread support from prominent Republicans — and not just from her home state. Former President Donald Trump endorsed her earlier this month, and she’s also received donations from some members who voted to impeach the former President, including Wyoming Rep. Liz Cheney, the No. 3 House Republican.
Letlow told CNN she would have joined the majority of the House Republican Conference in objecting to the certification of the presidential election on January 6, and she supports her state party’s decision to censure GOP Sen. Bill Cassidy for his vote to convict Trump in his impeachment trial earlier this year.
In the wake of her husband’s death, Letlow received calls from both Trump and President Joe Biden.
“It was special because he lost his wife and daughter in a car accident,” she said of her conversation with Biden.
“He said, ‘You know, where you sit today, I’ve sat and I know that pain’ — and there’s nothing like speaking to someone who has been where you’ve been and understands that pain that you’re in,” Letlow said. “And so his words resonated with me on a very deep level.” She said Trump was also “thoughtful with his words,” expressing his condolences.

While running for Congress hadn’t been in her immediate plans, Letlow had given some thought to seeking public office, and her husband had asked her to promise him that she’d consider it someday if the opportunity arose.
“I probably was going to start a little bit smaller scale,” Letlow said.
But she quickly stood out.
“From my first conversation with Julia, I knew she was exceptionally special,” said Julie Conway, the executive director of VIEW PAC, which recruits and helps elect Republican women, pointing to her “strength, true faith, raw honesty and a genuine desire to not only fulfill Luke’s legacy, but to create her own.”
While Luke Letlow won the 5th District as a congressional chief of staff running to replace his retiring boss, former Rep. Ralph Abraham, Julia Letlow doesn’t come from a traditional political background. When she was in 5th grade, she told her parents she wanted to be a college professor.
Her academic interests and personal life soon collided. During her junior year at the University of Louisiana Monroe, her 17-year-old brother was killed in a car accident. She started doing what she’s always done in the face of adversity — look to books for answers — but she wasn’t finding what she needed.
“When I go through tragedy, I tend to just dive into research and literature and try to read about my experience and learn from others who walked through it, and there just wasn’t much out there on sibling grief,” she said. Her professors encouraged her to try to fill that hole, and she turned her research into a master’s thesis and eventually wrote a dissertation about losing family members and giving meaning to grief.
Her academic work has been all too relevant this year.
“One major thing that I’m drawing on now is how important it is to get outside of yourself when you’re grieving,” she said, pointing to her run for public office.
Before her most recent loss, much of her professional work has been rooted in how to communicate grief and loss. She worked with residents and medical students at the Tulane University School of Medicine on how to build relations with patients and develop a good bedside manner, and sees that ability to humanize and empathize as part of what she would bring to Congress.
“When I was working with doctors, I would encourage them to, you know, get down on eye level with someone, with their patient, especially when delivering bad news,” Letlow said, explaining how that translates into legislating. “You’re going to have conversations with people where you don’t always agree. But if you can get down on eye level with someone, you know, over a cup of coffee or whatever it may be, and speak to each other with respect and dignity as human beings first, then that goes a lot farther.”

Education is a top priority for Letlow, who was recently a semi-finalist candidate for the presidency of her alma mater, where she’s climbed the ranks in higher education administration.
“I was able to talk about education and how it can be used as a catalyst to lift a region out of poverty,” she said, noting that hers is among the poorest congressional districts in the country. Nearly 30% of families with children are under the poverty line in the 5th District, according to the Census Bureau.
She’s an advocate for extending rural broadband, noting that residents of her districts have struggled with remote learning and telehealth during the pandemic, and she praised her husband for introducing her to the district’s agrarian roots.
“I’m a city girl — if you want to call me that — I was born and raised in Monroe,” she said, adding that she married “a good ole country boy,” which took her to Start, Louisiana — “where Tim McGraw is from.”
“I might have gone my whole life thinking that produce just comes from the grocery store,” Letlow joked.
She’s done a mix of virtual and in-person campaign events this year, adding that she’s careful to always wear a mask around others — a practice that some GOP members of Congress have resisted.
“I want to wear that mask and make sure that I’m protecting them,” she said of the people in her district, noting that she and her husband always followed guidelines from the US Centers for Disease Control and Prevention on the trail.
Asked whom she looks up to in Congress, she pointed to Louisiana Rep. Garret Graves, praising his communication style. And, she noted, many of the Republican women in Congress have reached out too, with freshman Rep. Ashley Hinson of Iowa being especially helpful.
Because even though she’s seen a campaign up close before, Letlow — like other female candidates — gets different questions than her husband did.
“Nobody really was asking Luke who’s gonna take care of his children whenever he won,” Letlow said. “You know, I probably had to answer that question 95% of the time.”
She’s not the only woman running for the seat of a spouse who died from Covid-19. In Texas’ 6th District, Susan Wright is running for the open seat of her husband, the late GOP Rep. Ron Wright, who died in February.
Republicans elected a record number of non-incumbent women to the House in 2020 — and Letlow would be another. But whereas many of those new GOP women are in competitive seats, Letlow’s victory in a safe red seat would help grow the number of women in the conference for the longer term.
“That means she can spend a lot more time on legislating and constituent service than on campaigning,” Conway said.
Share

“We intend to very directly communicate

It came ashore on Pritchards Island, the Natio