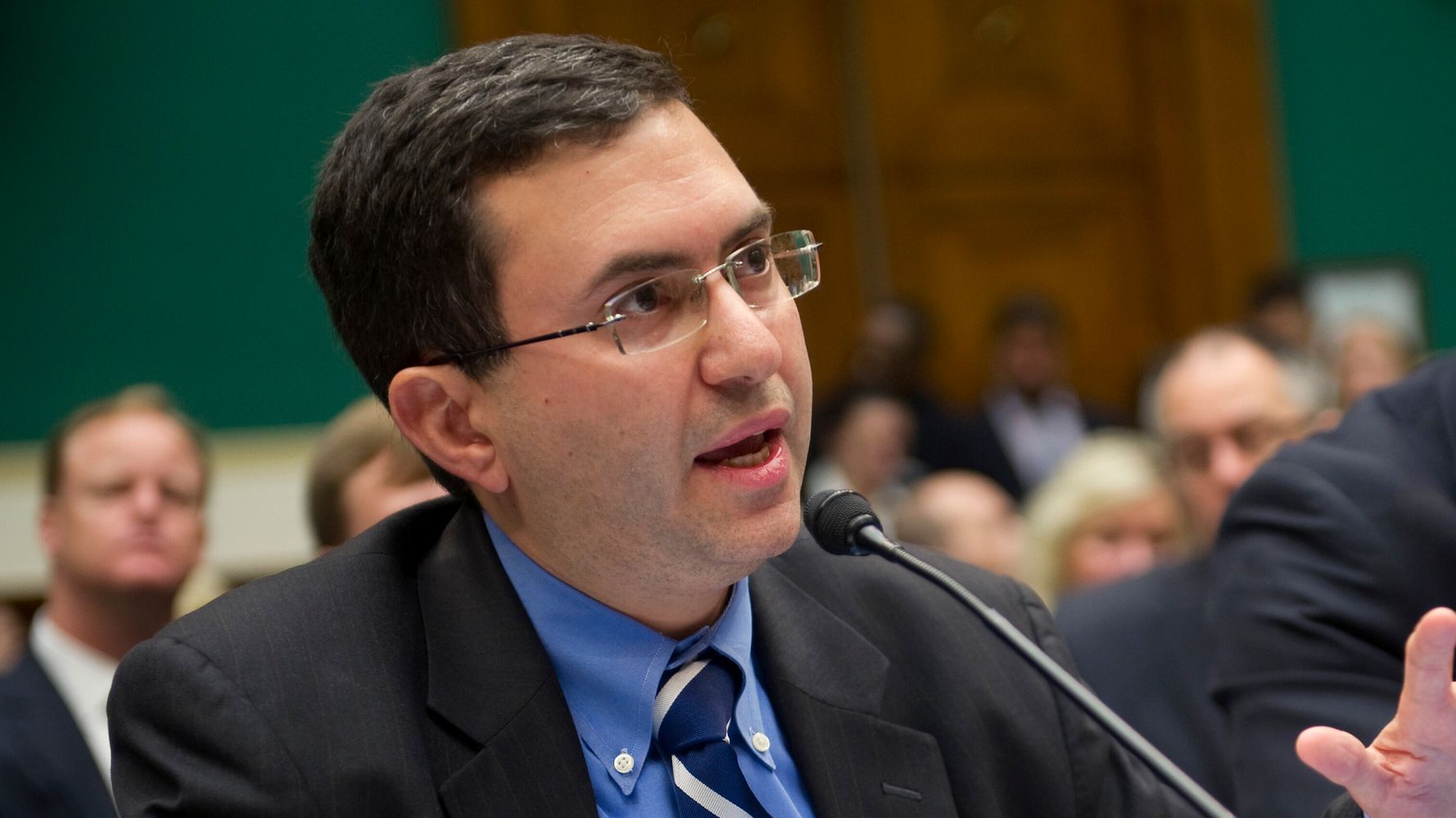 The decision by two key federal regulatory agencies to recommend a “pause” in using the Johnson & Johnson COVID-19 vaccine got everybody’s attention on Tuesday, especially since the progress had been so encouraging lately.

The impetus for the recommendation was six reports of medical incidents among the more than 6 million people who have gotten the Johnson & Johnson vaccine. In a joint statement, the two agencies, the Food and Drug Administration and the Centers for Disease Control and Prevention, said they were acting out of an “abundance of caution” in order to see whether these incidents were side effects of the vaccine and, if so, what that means for future use of the one-dose shot.

Johnson & Johnson’s vaccine is one of three now available in the U.S. under emergency authorization orders. The other two are from Moderna and Pfizer-BioNTech.

All three vaccines induce human cells to produce the now-familiar COVID-19 protein spikes so that the body’s immune system learns to recognize the virus. But the Johnson & Johnson vaccine operates in a slightly different way than Moderna’s or Pfizer’s, neither of which have generated reports of such incidents.

Biden administration officials said Tuesday that the pause will not meaningfully affect vaccine distribution in the U.S. ― noting, among other things, that the Johnson & Johnson vaccine accounts for less than 5% of the shots that have gone into arms.

The U.S. is already averaging more than 3 million vaccinations a day, and there are already small pockets of the country where supply is reaching or outstripping demand, with more likely to follow soon.

Still, officials were hoping the J&J vaccine would boost the supply and provide a version that was easier to administer, because it requires just one dose rather than the two spaced-apart vaccinations that both Moderna and Pfizer require.

These reports are serious, but they are also very rare. Joshua Sharfstein, Johns Hopkins professor and former FDA official

So what exactly did the FDA and CDC say today? Was that the right decision?What does it mean for the Johnson & Johnson vaccine, and the vaccination campaign more generally, going forward?

Joshua Sharfstein has thought a lot about these issues. He served as principal deputy FDA commissioner during the Obama administration. Before that term, he was health commissioner for the city of Baltimore. Afterward, he served as secretary of health for Maryland. Now he is a public health professor at Johns Hopkins University. (He’s also a friend I’ve known for many years.)

HuffPost asked for his take on these questions. Here is a lightly edited version of our conversation, which took place over email.

Cohn: First thing: Can you translate for the public what the FDA and CDC actually have said and what it means?

Sharfstein: FDA and CDC are reporting that six people developed an unusual type of blood clots within two weeks of vaccination with the Johnson & Johnson vaccine. All six are women, between the ages of 18 and 48. One died, and a second is in intensive care. These reports are serious, but they are also very rare. More than 6 million people have been vaccinated with this vaccine so far.

The concern, for FDA and CDC and, of course, the rest of us, is that the vaccine may be the cause of this disorder ― that it’s not just a coincidence. To investigate and respond to this potential risk, the agencies have asked for a pause in the use of the Johnson & Johnson vaccine.

We should hear more soon, including at an advisory committee meeting scheduled for tomorrow, about what this means for the vaccination program. Today’s announcement reflects that the national vaccine program is working to identify and assess even remote risks quickly.

Cohn: A “pause.” So how long are we likely taking here?

Sharfstein: I would anticipate we’ll know more in days to several weeks.

Cohn: People want to know if these reports means the vaccine is unsafe. Can you put this into context for us, relative to other vaccines or drugs?

Sharfstein: When thinking about the safety of a drug or vaccine, I consider three questions.

FDA and CDC scientists are working now, first, to assess the likelihood that this unusual clotting problem is actually related to vaccination. And then, if they find it is likely to be related, they will have to weigh the very considerable benefits of avoiding COVID-19 against the potential harms of this unusual clotting problem for different groups of people. With this complication so rare, my expectation is that for all groups, they will find that the benefits far exceed the risks. The chance of a problem appears to be less, for example, than the risk of a severe allergic reaction to any of the COVID vaccines.

Second, how do the risks compare with the risks of other medical products that serve the same purpose? Two alternative COVID vaccines ― from Pfizer and Moderna ― have not been associated with this unusual clotting problem. So one question is whether, for people at the highest risk of this complication, it might make sense to recommend alternative vaccines where they are readily available. The agencies and their advisory committees may consider this option.

Third, how well can the safety challenges be managed? With every vaccine, even the ones that have been around for many years, there’s a risk of a major allergic reaction. It’s very rare, but we prepare for it by having epinephrine handy at all times. Leaders at the FDA and CDC have said that one of the reasons for the pause is to make sure clinicians know about this unusual clotting problem, so they can be prepared to recognize it and provide effective treatment.

Cohn: So let me press you here. As you say, the side effect has been very rare ― six reported incidents out of more than 6 million doses already in people’s arms. Why pause at all, given the vaccine’s potential to prevent large numbers of death? Why not just say, hey, we’re watching this but don’t see any reason to hold back on the shot?

Sharfstein: I respect that FDA and CDC are asking for a little time to assess the risks and to develop clinical recommendations for managing this unusual condition.

In addition, in public health, as in life, you only get one chance to make a first impression. Here, the public health agencies are showing how seriously they take the safety of these vaccines. They’re going to investigate these cases and then make a responsible decision on how to proceed.

Continuing to vaccinate could have led people to worry that safety is a secondary consideration, undermining their desire to be vaccinated. Trust and confidence are the most important elements of a successful vaccination program. A loss of credibility now could damage efforts to encourage the use of all COVID vaccines this year and set back the nation’s recovery.

Cohn: OK, let’s talk about people who are reluctant to be vaccinated. Could this pause undermine their confidence further?

Sharfstein: Confidence comes both from the perception of risk and from trust in the vaccination program overall. These rare and unusual cases of clotting were going to be a big news story, no matter how FDA and CDC responded.

The logic of a pause is, in part, that someone concerned about the remote possibility of a clotting problem will hear from the start that public health agencies are taking the concern seriously. They’ll then be more open to the evidence and conclusions.

Cohn: It sounds like you’re saying the risk of too little caution is bigger than the risk of a little too much caution. For example, if the FDA comes off as in any way cavalier about safety ― or, worse, if it fails to act on something that become a bigger problem ― then the damage to its credibility and ultimately public faith in vaccines could be enormous and long-lasting, and that risk more than outweighs whatever we lose by going through this pause. Do I have that right?

Sharfstein: Yes. This is the world of “making decisions in the setting of uncertainty.” We do not know at this moment everything that the virus and the vaccines have in store for us. What we do know is that a loss of credibility among those who are on the fence about vaccination could be an enormous setback. Taking a moment to assess the situation is a responsible step. It’s now important for the agencies to move expeditiously, share information transparently and explain their next set of decisions well.

Cohn: Let’s shift focus and talk science. We’re not hearing about these side effects with Moderna or Pfizer. But European regulators reported similarly rare but serious side effects with AstraZeneca. Is that a clue about what’s actually happening, because both J&J and AstraZeneca use similar delivery methods?

Sharfstein: Both the AstraZeneca vaccine and the Johnson & Johnson vaccine are derived from a common cold virus called the adenovirus. An important question is whether this unusual clotting problem might be linked to the adenovirus component of the vaccines.

Cohn: So why wasn’t this picked up in clinical trials?

Sharfstein: Clinical trials for vaccines are unable to detect very rare adverse events. That’s because the trials involve tens of thousands of subjects, but rare side effects may happen at a rate of 1 in 100,000, or even 1 in 1 million people.

To catch these problems, FDA and CDC set up a number of programs to monitor safety as the products gain wide use. This very monitoring identified the clotting cases, and now the agencies are responding. In other words, this recent finding and pause reflect the vigilance of our oversight system.

Cohn: One reason everybody has been excited about Johnson & Johnson is that it’s just one dose and doesn’t have unusual storage requirements. That makes it a lot easier to deliver in under-served areas here ― and, especially, around the world. What are the global implications for this?

Sharfstein: The global dimension of the issue should not be overlooked. Both the AstraZeneca and Johnson & Johnson vaccines are very important for global immunization efforts, so getting to the bottom of this unusual clotting problem is a high priority. FDA, CDC and other global regulators should be clear about the implications of different policy actions for the use of these vaccines around the world.

There won’t be real paid sick or paid family le

The man was discovered at Citi Field, home to