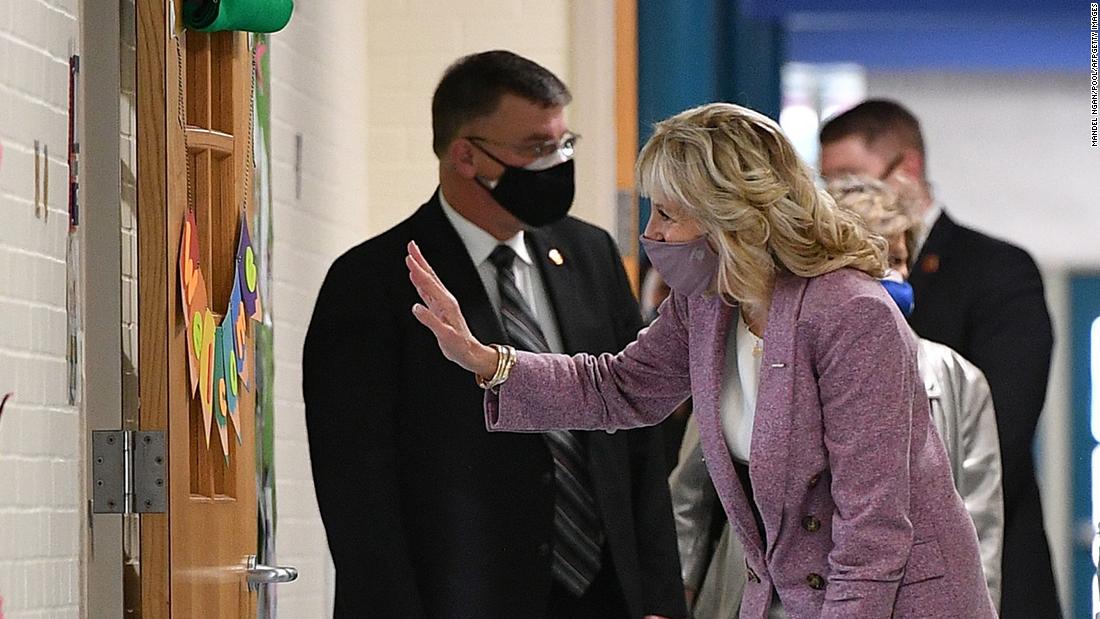 Biden resurfaced the idea — an objective that President Joe Biden helped launch when he was vice president under Barack Obama — on Monday during a visit to Sauk Valley Community College in Dixon, Illinois. The proposal languished in the Obama administration’s agenda, ultimately dying in Congress without finding legislative footing.
“We launched College Promise back in 2015 in an effort to make two years of community college free for hardworking students,” Biden said in Illinois. “Republicans, Democrats, independents — College Promise is a place where all Americans can come together and find common ground.”
According to prepared remarks, Biden said, “Community colleges meet students where they are,” noting, “We can’t afford to exclude so many from continuing their education just because they come from certain areas or income brackets.”
Though the two-years-free goal was ultimately unsuccessful under Obama, individualized College Promise tuition-assistance programs cropped up at schools around the country, growing from 50 in 2015 to more than 350 now, according to an administration official.
Biden stated the President is emboldened to try again, and intends to move forward.
“Now, six years after we launched College Promise, he’s ready for big ideas and full action, so that all Americans can go to community college, have the support they need to finish and get good jobs,” she said in Illinois.
What Biden has failed to make clear is how the administration intends to get the objective accomplished this time around.
During February remarks at a virtual event hosted by the Association of Community College Trustees and the American Association of Community College, the first lady said her husband’s administration would “invest in programs that prepare our workers for jobs of the future,” yet there remains little clarity about what those programs would entail.
“The President campaigned on providing two years of free community college and we look forward to sharing more in the coming weeks,” the administration official told CNN regarding specifics on how funding for the plan will be established.
Biden is a first lady and education advocate with on-the-job knowledge of the importance of higher learning. She is a community college professor, having taught freshman English classes for a number of years at Northern Virginia Community College.
“I am — first, foremost and forever — their writing professor, Dr. B,” Biden said on Monday. “In my class, my students don’t take anything for granted. Some are there for a head start on a four-year degree, others for a much-needed fresh start.”
Biden said her students appreciate the affordability and flexibility of community college, and she understands the importance of education for overall economic growth. In an effort to find ways to fund tuition, she touted Sauk Valley’s Impact Program, an assistance-based program for students who perform community service throughout all four years of high school, requiring 25 hours of community service per year of high school in exchange for tuition leniency.
According to research conducted by the American Association of Community Colleges, the average annual amount for tuition and fees for community college are $3,770, versus $10,560 per year for public, four-year college.
Share