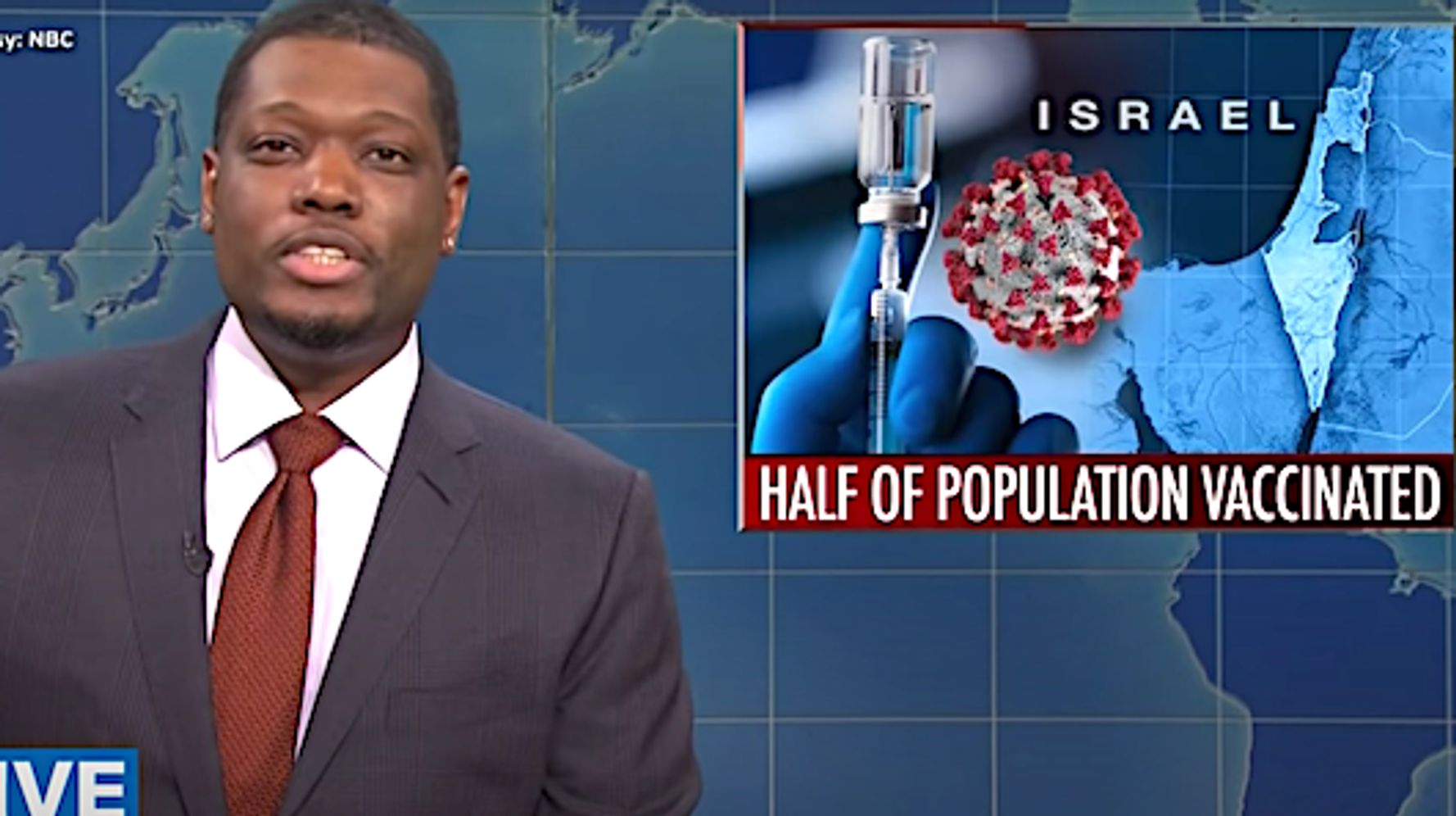 “Weekend Update” co-host Michael Che is just the latest person to take a swipe at Israel over its vaccination priorities, but his comment sparked a complaint from the Anti-Defamation League.

“Israel is reporting that they’ve vaccinated half of its population,” Che said on “Saturday Night Live” last weekend. “And I’m gonna guess it’s the Jewish half.”

Greenblatt didn’t explain what the factual inaccuracies were.

“No, Mr. Che and ‘SNL,’ anti-Semitism is never funny,” the organization said in a press release. According to The Jerusalem Post, the Genesis 123 Foundation is currently circulating a petition demanding an apology from “SNL” and NBC.

Once vaccines were available, Israel quickly became a world leader for its strong vaccination effort. Yet it has come under increasing criticism for its dismal vaccination rates for Palestinians. Almost all Palestinian residents in the occupied West Bank are reportedly still awaiting their first dose.

Critics say that as an occupying power, Israel is required by international law to give Palestinians what it provides to its own citizens. Israeli officials claim that Palestinians assumed responsibility for their own health services when they signed the Oslo Accords in the 1990s. (Israel, meanwhile, is funding vaccines to Syria as part of a prisoner swap, The New York Times reported.)

The Palestinian Authority launched a vaccination program early this month for frontline medical workers using the 5,000 doses Israel had provided. Israel also agreed last week to inoculate some 100,000 Palestinians who regularly cross into Israel to work, The Washington Post reported.

Medic Matthias Kennes, who is part of the Doctors Without Borders COVID-19 response team in Hebron, in the Israeli-occupied West Bank, said he wants the vaccinations to be more equitable.

“Israel is an occupying power and has millions of vaccines. Palestine is the occupied territory and has barely a few thousand vaccines. As a medic, I don’t really care who sorts this out. As a medic, I do care deeply that the most vulnerable are prioritized,” Kennes stated.

“To me, health should be beyond politics,” she told The Washington Post. “We and the Israelis, the Lebanese, the Syrians, the Egyptians, we are all in the same region. We should reach herd immunity together.”

What we know about COVID-19 seems to change by