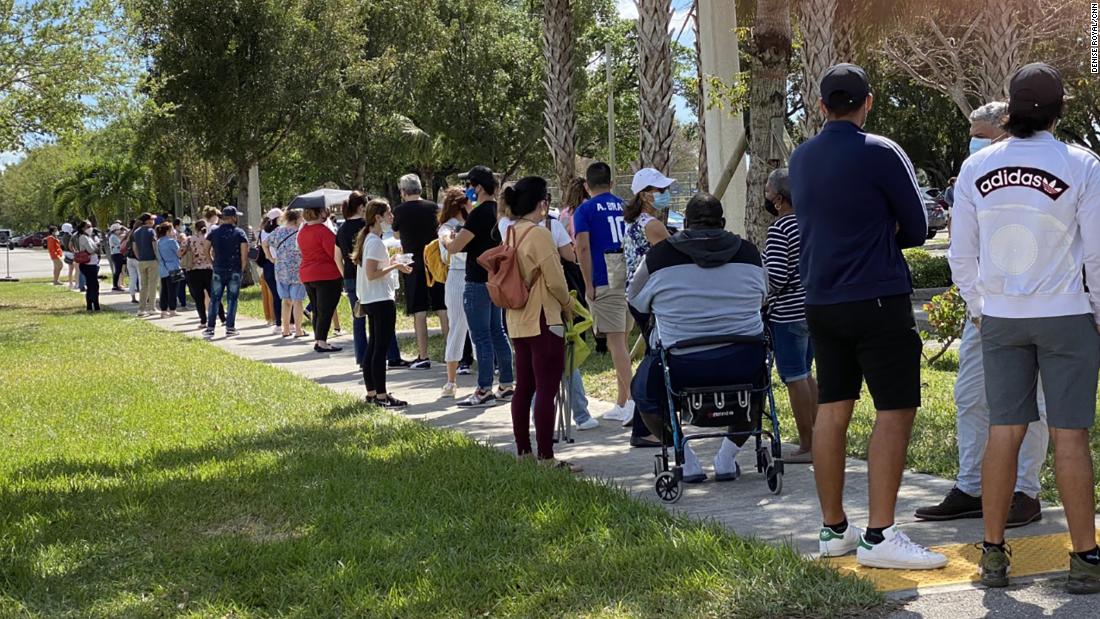 It all began when “some individuals” arrived at a vaccination site in Florida City, about 40 miles south of Miami, and told staff they were health care workers, FEMA spokesperson Marty Bahamonde told CNN on Sunday.
Staff asked them for proof of their status, but “they were unable to validate that they were health care workers,” Bahamonde said.
“So the staff, trusting them and taking their word for it instead of turning them away, they gave them the vaccine,” Bahamonde said. “Those people then went out and told their friends, ‘Hey, I went in and just said this and got a free vaccine.’ And more and more people started to come in and then the word got out that people were getting vaccine who didn’t meet the governor’s criteria.” 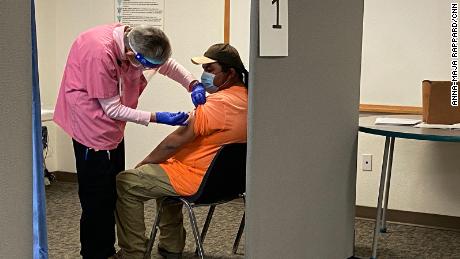 Gov. Ron DeSantis mandated that starting March 3, those eligible to be vaccinated in Florida include people 65 and older; those younger than 65 deemed “medically vulnerable” by a physician; health care workers; and school employees, law enforcement officers and firefighters 50 and older, according to the Florida Department of Health.
The news of the vaccinations at the Florida City site hit social media, which sent flocks of people to the site trying to get a vaccine Sunday. The scene that played out this weekend illustrated just how desperate people in Florida and the United States are to get vaccinated and return to some sort of normalcy.
Various groups of people told CNN they had been waiting for more than six hours to get vaccinated, and some of them were turned down.
Siblings Miraj and Saima Haque traveled early Sunday from Boynton Beach, about 95 miles to the north, to get a vaccine. Their father recently had surgery and is unable to get vaccinated, they said, but Miraj and Saima continue to go to work.
“Even if we do our best to stay home, it’s still good to keep my dad safe. A lot of people in my family also have autoimmune diseases so we’re just trying our best to get vaccinated as soon as possible,” Saima Haque told CNN. “But it’s really hard since we’re not 65, or teachers or anything like that. So we’ve just been waiting out here to see if we could get any leftovers.” 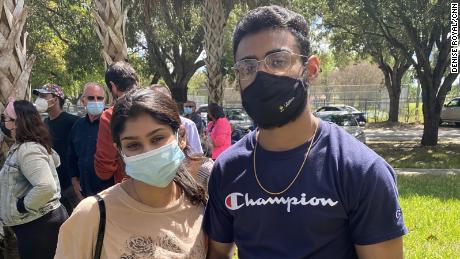 Miraj Haque said he heard about the site on Twitter. Even though they waited for about seven hours, neither he nor his sister received a vaccine Sunday because FEMA representatives told them and others that any leftover vaccine would be sent to the county’s main FEMA-supported site on the Miami-Dade College North campus.
Kanushri Wadhwa, 29, told CNN she has an underlying health condition and was able to get a vaccine Sunday. She said she heard about the site on the news and arrived with her group around 7 a.m.
“We were like, let’s hustle on over,” she said.
This weekend’s mishap led FEMA to meet with staffers and tell them they have to make sure people are eligible.
“If they come into the center and don’t have the validation, we ask them to come back. Go home and get the validation and come back, so that we can verify that they are who they say they are,” Bahamonde said.
Another FEMA spokesperson told CNN on Sunday that community vaccination centers are led by states and may be supported by federal government entities, including FEMA.
State government also determines vaccination priorities and procedures, and FEMA does not determine who is eligible for a vaccine, the spokesperson said.

CHICAGO (AP) — The city of Chicago on Thursday