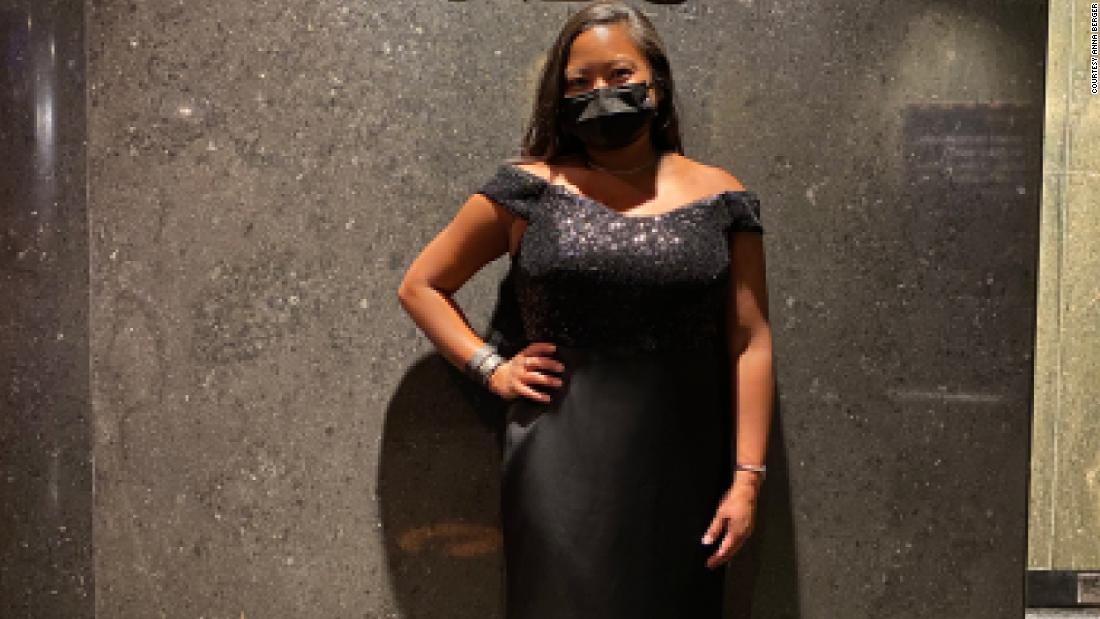 Anna Berger, a Delta flight attendant who was among a select number of frontline workers invited to be in the audience during this year’s show, said she enlisted the help of a Facebook community called Buy Nothing Upper East Side to get her awards show look.
The Facebook group, whose members are based in New York, allows people to lend or donate items they no longer wish to keep. Group members can also post requests to receive or borrow certain items. 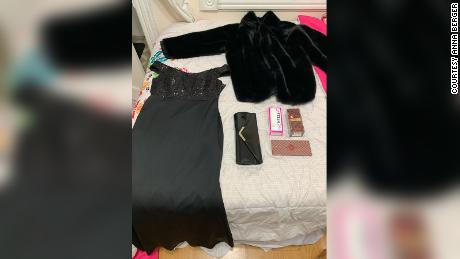 With just days to go before the show, that’s exactly what Berger did. Her unique post got plenty of attention — she said the response was “overwhelming.”
Members offered up dresses, purses, makeup and other items. One group member, who is a professional hair and makeup artist, even volunteered to do Berger’s makeup the night of the event.
“It was just second nature for me to ask the group, because of their generosity in the past,” Berger, 41, told CNN. “Within 24 hours I was completely provided for. I definitely didn’t expect that!”
Berger, whose original Facebook post simply requested an old bridesmaid dress or gown from a sorority formal, ended up choosing a gorgeous black dress from group member Lizzy Gellene, who originally received it from a celebrity stylist friend.
Gellene said she believes that Berger’s story offered the group some much-needed hope.
“(It) gave everyone a little bit of optimism and something to look forward to,” Gellene said. “I think we were all living a little bit vicariously through her.” 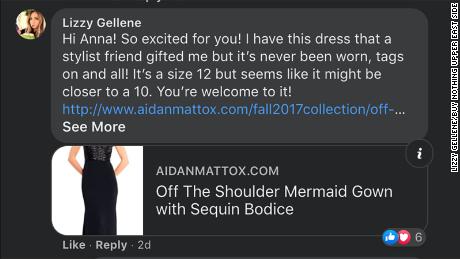 After picking up the gown at 10 p.m. last Friday, Berger raced to have a friend’s mother do an emergency alteration.
It was a whirlwind of events before Berger finally arrived at the Golden Globes Sunday night.
“It was a special and intimate feeling, being in the room,” Berger said of the experience. “From the hospital workers, to the teachers, to the transportation workers — it takes a whole village to make sure that the world keeps turning. I think that it was wonderful that they had such a breadth in the audience that were recognized.”
The day after the show, Berger posted photos from her big night in the Facebook group, thanking all the members who made it possible.
Positive reactions and comments quickly appeared, including group members saying how excited they were to catch glimpses of Berger in the audience during the show, proudly wearing their crowd-sourced outfit. 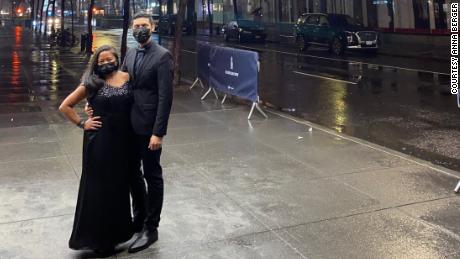 The last year has not been easy for Berger, who has been a flight attendant for a decade. But she said she remains grateful to be employed, aware others have not been as fortunate.
Since the pandemic began, Berger said she has taken several voluntary unpaid leaves to help her company. When she is not flying, she volunteers at The Urban Outreach Center.
The Buy Nothing group and the larger Buy Nothing Project is more than just a marketplace, Berger said — it’s a community.
“In such a concrete jungle life that we live here in the city, it’s nice to know that you have somebody within a block of you that will help you in a moment’s notice,” she said.
Gellene said she has no desire to get the gown back.
“The fact that she (Berger) gave it another life was a gift to me in a lot of ways,” she said. “I hope she keeps it forever.”
Share

On Monday, tragedy struck Boulder when a gunma

Racer Leh Keen was the driver and crushed the

Authorities in March 2019 reopened the investi