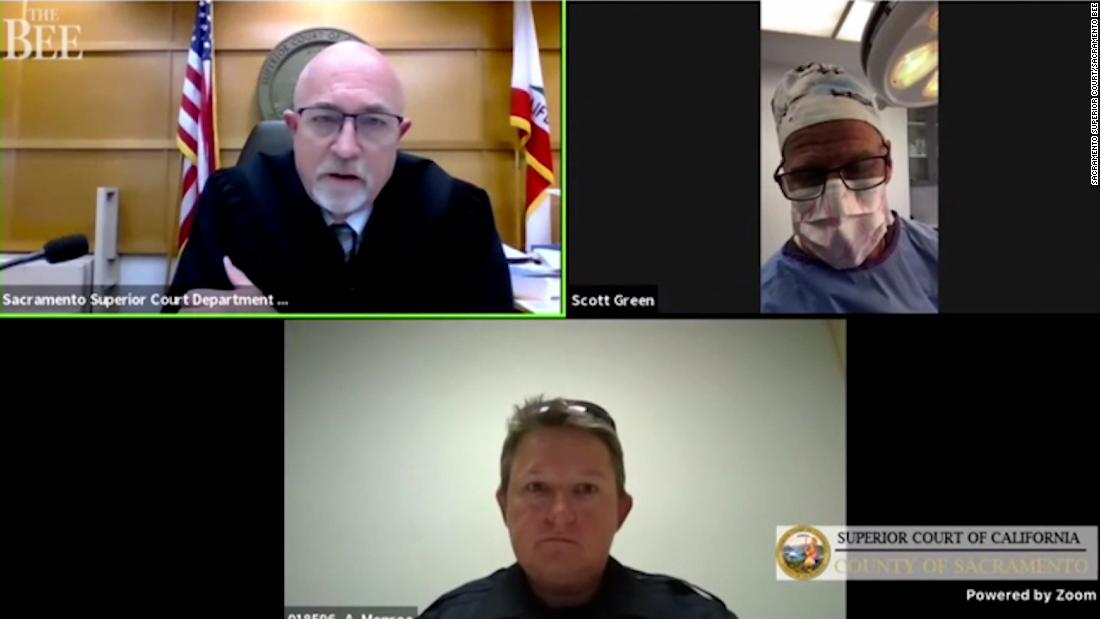 Dr. Scott Green, a plastic surgeon, showed up to his virtual Sacramento Superior Court hearing — held over Zoom — to contest a traffic violation, wearing scrubs, gloves, a mask and surgical cap.
“Are you available for trial?” a Sacramento Superior Court clerk asked Green during the proceeding, which was live-streamed. “It kind of looks like you’re in an operating room right now?”
“I’m in an operating room,” he replied. “Yes I’m available for trial. Go right ahead”,”
The sound of medical equipment beeping can be heard in the background, and Green is seen handling surgical tools in the live stream. He said another surgeon was nearby to assist with the surgery while he appeared for court. 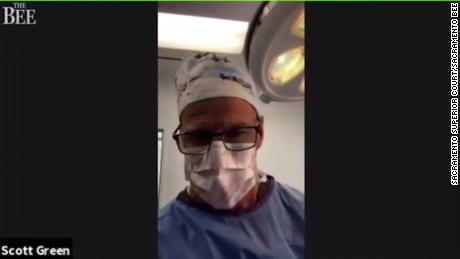 But after he confirmed he was operating on a patient, Judge Gary Link, the court commissioner, rescheduled the trial.
“So unless I’m mistaken, I’m seeing a defendant that’s in the middle of an operating room appearing to be actively engaged in providing services to a patient,” Link said during the virtual hearing. “I do not feel comfortable for the welfare of a patient if you’re in the process of operating that I would put on a trial.”
In a statement to CNN, the Medical Board of California said it is investigating the incident.
“The Medical Board of California expects physicians to follow the standard of care when treating their patients,” the Board said in a statement. “The Board is aware of this incident and will be looking into it, as it does with all complaints it receives.”
CNN reached out to Green for comment but did not hear back. His next hearing has been scheduled for Thursday, Link said.
The incident follows other virtual courtroom mishaps this year — including when a lawyer appeared as a sad kitten on screen during a Texas court proceeding last month.
Share

“This is part of that bravery, in that,