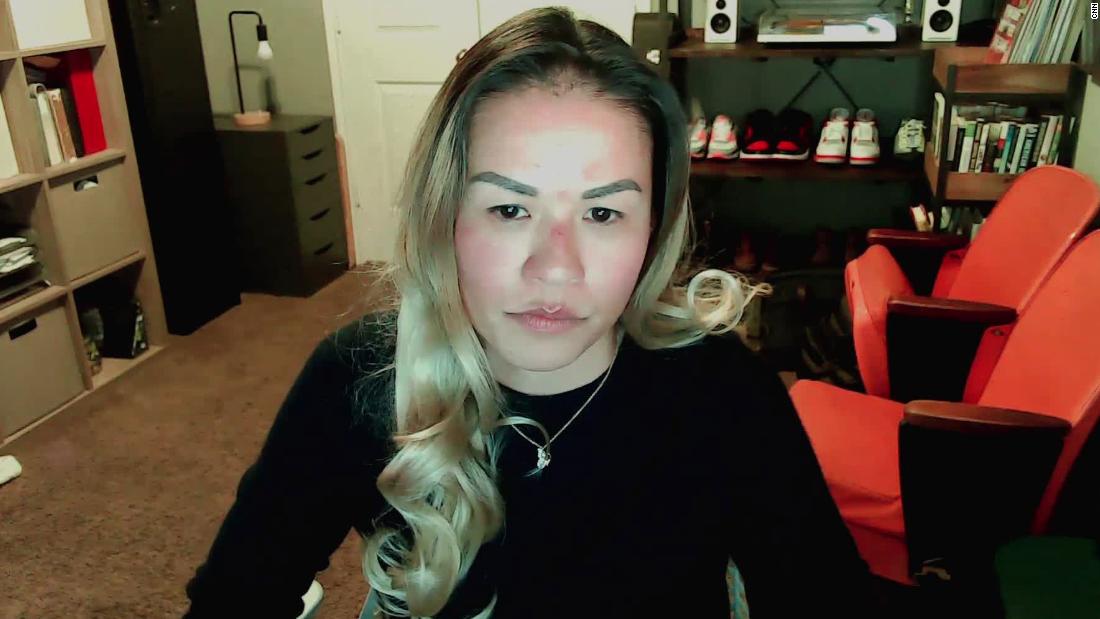 Jackie Pham Nguyen lost her mother, Loan Le, and her three children, Olivia, 11, Edison, 8, and Colette, 5 in a fire while trying to stay warm at her home in the Houston suburb of Sugarland during the power outages that crippled the state.
Their deaths are considered storm related, according to the chief medical examiner for Fort Bend County.
Nguyen says she doesn’t remember much of what happened in the early morning of February 16.
When the power went out in her house, the family lit the fireplace and played board games and card games, she said. They went to bed by around 9:30 p.m. as the kids had tired themselves out, Nguyen told CNN’s Don Lemon.
She tucked the kids into bed and the next thing she knew she was in the hospital and a fireman and police officer were telling her no one else had made it. She says she doesn’t fully remember what happened, but recalls being on the first floor where her bedroom is and being unable to get upstairs to the children’s bedrooms.
Nguyen told Lemon her mother Le was the reason she could be a working mom. From afternoon pickups from school to grocery shopping, Nguyen says her mother was the reason she could be a single working mom and also be involved in the lives of her children and their activities.
“I really wanted my girls to see that women can do it all and I wanted my son to be the kind of man that steps up. Like I said, my mom really kind of bridged that gap for me to be able to do that and for my kids to be able to see that,” Nguyen said. 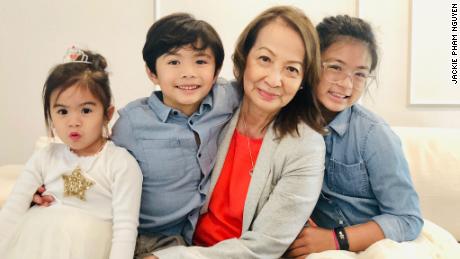 As for her children, she told Lemon about their big and beautiful personalities.
“She just really loved and cared for people in such a deep way,” Nguyen said of Olivia. “In November, she spent weeks curating a Spotify play list for her brother Edison for his birthday as a gift to him… and she noticed that I was listening to it so much that she made me one for my birthday, which we all just celebrated together just a few weeks ago,” she said.
Nguyen said Edison was born shortly after her own father passed away, and he filled a “gaping hole” in her heart. “He was a lot like my dad in many ways, so I think that gave my mom a great feeling of comfort, feeling like my dad was still with us,” she said.
She said her youngest Collette, or Coco as she was affectionately known, “wanted to do it all.” “Words can’t capture, how big her personality was,” Nguyen added.
Nguyen said she has a support system that’s helping her through this difficult time. She is staying with her brother at the moment, and her two sisters have flown in to help her. She says some of her really good friends who were like aunts and uncles to her children are also part of her support system.
She has also set up a GoFundMe page for donations to honor her children’s lives with a foundation. “Our hearts are broken right now,” she wrote on the page. “However, your acts of kindness have given us some comfort to pull us through. We are forever grateful to you all.”
Dr. Stephen Pustilnik, chief medical examiner for Fort Bend County, confirmed Friday that the grandmother and her three grandchildren died while trying to keep warm.
“The family had a gas log fireplace and they were using that to keep warm,” Pustilnik said. “They still had gas logs but not electricity, and somehow the environmental conditions, I’m suspicious that a downdraft happened through the chimney, and that caused the fire to extend beyond the boundaries of the fire.”
Millions of people shivered in the cold with power outages and disrupted water supply after winter storms slammed the state with extreme cold, snow and ice earlier this month. President Joe Biden visited the state Friday to survey the damage.

The racial justice movement that was reignited