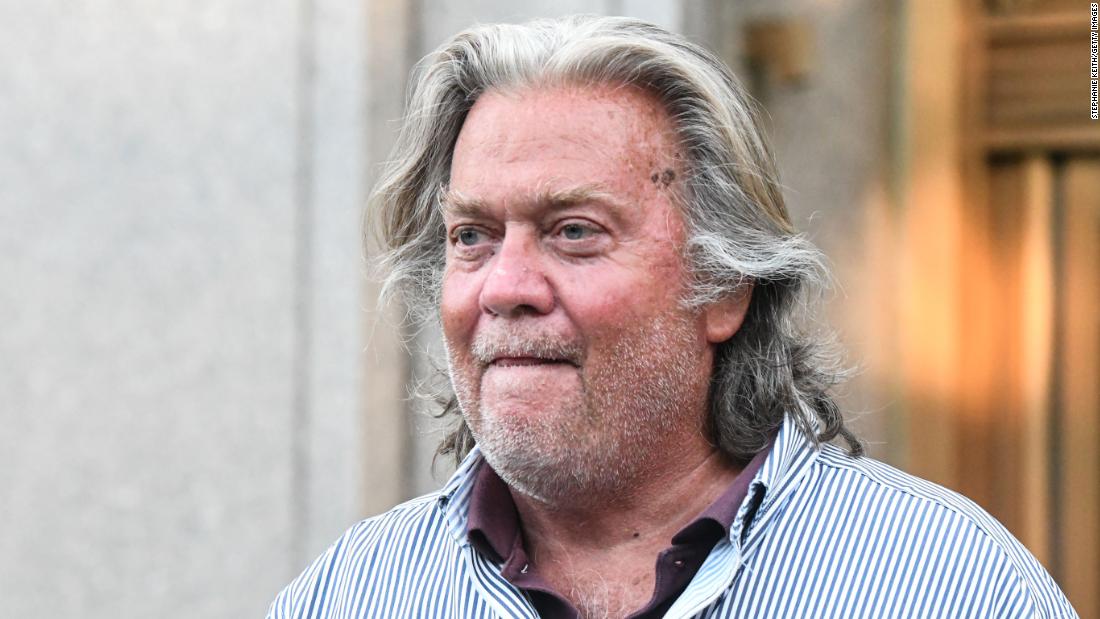 Prosecutors sent the subpoenas after Trump pardoned Bannon in late January for federal conspiracy crimes tied to the southern border-wall project, making Bannon among the Trump world figures — including the former president — subjects of criminal investigations by Manhattan district attorney Cyrus Vance.
The grand jury subpoenas were sent to Wells Fargo, one of the financial institutions that handled some of the accounts used in the fundraising effort, and to GoFundMe, the crowdfunding platform where Bannon’s project, “We Build the Wall,” once operated, the people said.
The state grand jury investigation revives the possibility that Bannon, the conservative and outspoken political strategist, could face state criminal charges after shedding the federal case last month.
In addition to the criminal investigation, the New Jersey attorney general’s office has launched a civil inquiry into We Build the Wall. In September, the New Jersey Division of Consumer Affairs subpoenaed We Build the Wall for documents seeking a wide range of records, according to court filings.
The move by Vance comes as he is investigating Trump and the Trump Organization for potential financial crimes, including insurance fraud and tax fraud, according to people familiar with the matter. Trump has called the investigation a witch hunt and fishing expedition.
Robert Costello, an attorney for Bannon, could not be reached for comment.
A spokesman for GoFundMe said the company “does not comment on or confirm requests for information from any law enforcement officials.”
Spokesmen for Wells Fargo and the district attorney’s office declined to comment.
A representative for the New Jersey attorney general told CNN, “The Division of Consumer Affairs neither confirms nor denies the existence or status of investigations.”
The district attorney’s investigation into Bannon’s fundraising activities is focused, so far, on the same allegations of fraud brought by federal prosecutors, the people say.
Last summer, federal prosecutors with the US attorney’s office in Manhattan announced charges against Bannon and three other men alleging they defrauded donors in the border wall effort that raised more than $25 million.
Prosecutors alleged Bannon diverted more than $1 million to pay a co-conspirator and cover hundreds of thousands of dollars in personal expenses. They alleged the victims, including some in New York, were falsely told that all the money donated would go toward the construction effort.
Bannon pleaded not guilty to the federal charges. Following his arraignment, Bannon said, “This entire fiasco is to stop people who want to build the wall.”
Of the four men charged, Bannon was the only one pardoned. Federal prosecutors are still pursuing criminal charges against the others, who have all pleaded not guilty.
Federal prosecutors have not addressed Bannon’s pardon and it isn’t clear if they are going to challenge it.
In some situations, the district attorney’s office could enter into an information-sharing agreement to obtain grand jury material collected during the federal investigation. There’s no indication that such an arrangement has been reached.
Vance has brought charges before when there were concerns about a pardon.
In 2019 Vance announced a 16-count indictment charging Paul Manafort, Trump’s former campaign chairman, with state crimes just hours after he was sentenced on federal fraud charges. Manafort was pardoned by Trump late last year. Earlier this month, a state appeals court threw out the state charges on double jeopardy grounds.
Potential charges against Bannon would not face the same legal challenge since Bannon was charged with federal crimes but was not convicted, lawyers tell CNN.
Share