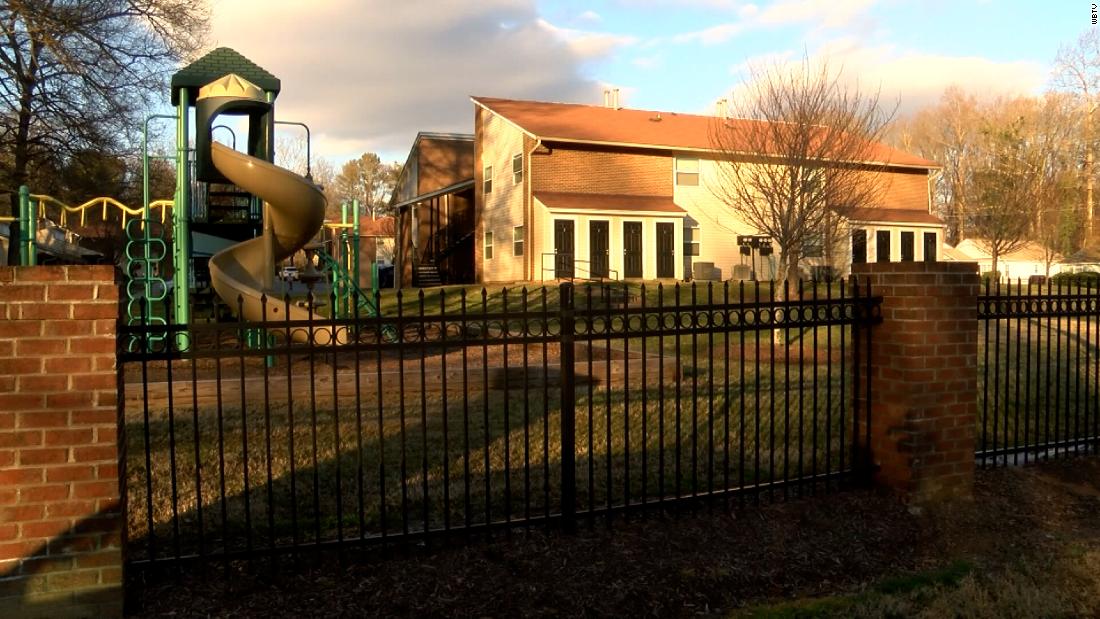 The 25-year-old woman was at home with her children when she was fatally shot, police in Cornelius, North Carolina, said.
Police said the woman was ‘inadvertently shot,’ likely after her children found the gun inside her purse.
Her youngest child was also shot and is recovering with non-life-threatening injuries.
The mother was killed.

Cornelius police said they found the mother dead in the back bedroom of her apartment Monday evening.
There was a small semi-automatic handgun on the bed in the room where the woman was found, and police said that four of her children were in the bedroom with her at the time of the incident.
The oldest was in the living room, police said.
The youngest child, who had also been shot, was taken to a hospital with non-life-threatening injuries.
Because the case involves children, Cornelius police said the department will not release any of the children’s names, ages or identifying information.
The incident is not unique — children accessing firearms is particularly dangerous because of their impressionability and exposure to media violence.
A 2019 study found that locking up their guns in the home could prevent up to a third of gun suicides and accidental deaths among children and teens.
Share

Wednesday’s filing is the first under th

Many Americans are longing for the days when th