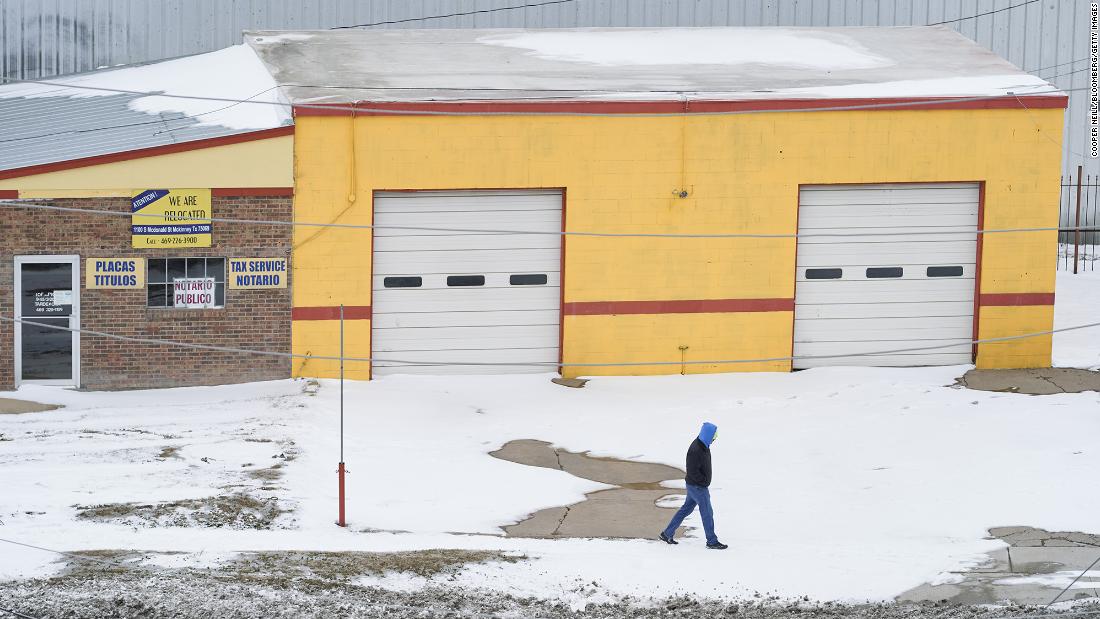 Widespread outages, particularly in Texas, have left millions of residents without power in frigid temperatures for a third day. At least 26 people have died.
The storm also forced hundreds of businesses large and small to close their doors. While some businesses have been able to resume operations, many other face days more before they’ll be able to return to normal.
Oil and gas production were particularly hard-hit by the storm, which closed refineries and other operations in the Permian Basin, the fracking capital of the United States. Most homes and businesses in Midland, Texas, in the heart of the basin, were still without power Wednesday afternoon.
The Energy Department reports that about 19% of the nation’s oil refining capacity had been shut by the storm, along with about 7% of its natural gas output. That capacity remained offline on Wednesday, said Tom Kloza, global head of energy analysis with the Oil Price Information Service. That has driven up oil and gas prices nationwide.
“It’s going to take several days for it to come back,” said Kloza. “Most will be restarting by the weekend. It won’t be as challenging as coming back after a hurricane when there is wind and water damage.”
Walmart (WMT), the nation’s largest retailer, reportedly closed 500 stores, most of them in Texas, on Tuesday. By Wednesday evening, it said fewer than 300 remained closed.
The already battered airline industry was dealing with another day of thousands of canceled flights nationwide, especially in the South and Midwest. Manufacturers have been forced to close plants over bad weather, power outages, and a shortage of natural gas.

Despite the severity and scope of the storm, the impact on the economy overall may be muted because of the pandemic, said Mark Zandi, chief economist with Moody’s Analytics. 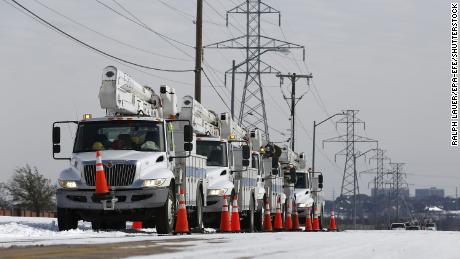 “Normally with a storm like this, you’d say the lasting damage would be lost economic activity that can’t be recouped — travel, going out to eat or the movies,” he said. “We’re not doing those things as much anyhow. You can’t shutdown businesses that are already shutdown.”
Zandi said the lost economic activity that might show up in data is cutbacks in oil and gas production and housing starts. But he thinks the loss will be in the billions of dollars, not the tens of billions, and thus won’t have an impact on gross domestic product, the broadest measure of the nation’s economic activity. That said, the storm is another warning that climate change and more severe storms could be a growing drag on the economy in years to come.
“Next time we talk might not be billions,” Zandi said. “We might be tens of billions or even hundreds of billions.”

Automakers including General Motors (GM), Toyota (TM), and Stellantis, the company formerly known as Fiat Chrysler, reported that they were able to resume some of their operations that had been shut early Tuesday.
Plants in Texas operated by GM and Toyota remained closed Wednesday, as did a GM plant in Fort Wayne, Indiana. Toyota’s plant in San Antonio, Texas, will stay shut through at least Thursday.
Nissan (NSANF) kept its US plants in Tennessee and Mississippi closed Wednesday. Ford’s plant in Kansas City that makes its best-selling F-150 pickup and its Transit commercial van also will remain shut for the rest of the week. That plant was closed due a shortage of natural gas, not the immediate weather in the area.
Ford (F) was able to reopen some plants in Michigan, Ohio, and Mexico. Other Ford plants that lost their first shift to bad weather Tuesday were able to reopen for their second shift.
But the struggles aren’t over for the auto industry, even if the worst of the weather has passed. Some plants that had stayed open earlier in the week were forced to cancel or curtail production Wednesday due to the lack of available parts from suppliers. That was the case at the Sterling Heights, Michigan, plant of Stellantis, as well as at Volkswagen’s only US plant in Chattanooga, Tennessee.

Airlines continued to cancel flights in the region. The nation’s four largest airlines — American, United, Delta and Southwest — canceled 2,220 flights on Wednesday, after canceling 2,450 flights Tuesday.
Those airlines account for more than 80% of the nation’s air traffic, and three of them — American, Southwest and United — have major hubs in Texas that were hit by the storm. Another 1,230 of Thursday’s flights were already canceled, according to Helane Becker, airline analyst for Cowen, who cited data from tracking service FlightAware.
Becker said there is likely to be only a “small financial impact” from the cancellations. Airlines are still operating only a fraction of the flights they scheduled before the pandemic caused a plunge in air travel, and fares for the tickets they are selling are well off of year-ago levels.
— CNN’s Pete Muntean contributed to this report.
Share

Note: All names and identifying details in this