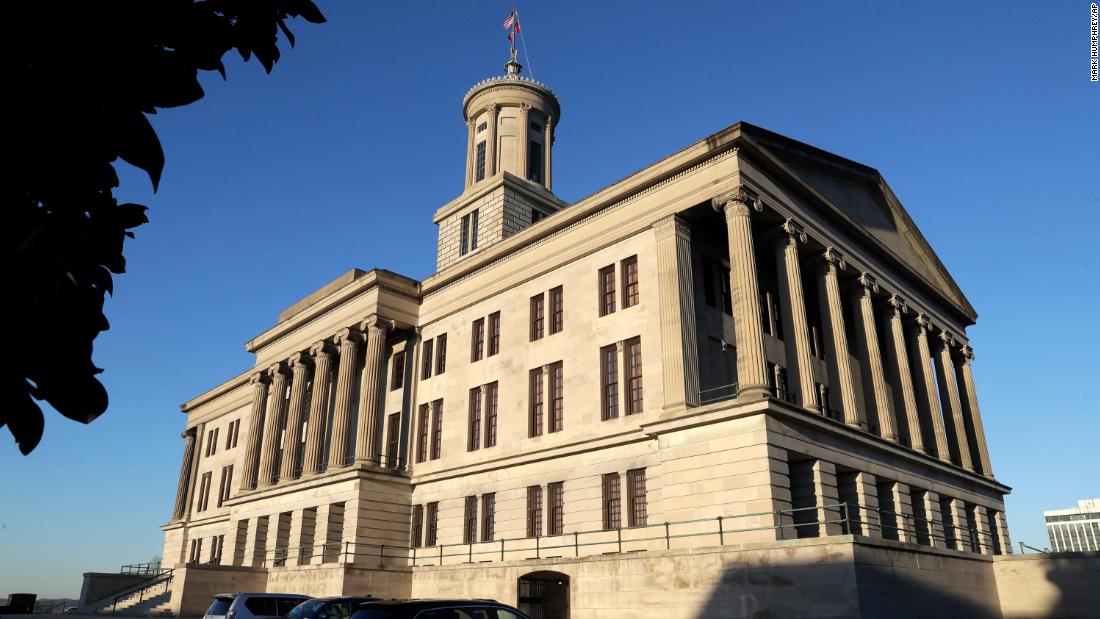 The legislation — introduced in both the Tennessee House and Senate last week — would allow a person to petition the court to keep a pregnant person from getting an abortion.
“A person may petition a court with jurisdiction over domestic relations matters to request an injunction to prohibit a woman who is pregnant with the person’s unborn child from obtaining an abortion,” the Senate bill reads.
The bill requires that the petitioner prove they are the biological father of the unborn child, but does not require them to provide DNA evidence — only a “voluntary acknowledgment of paternity,” which is acceptable without the signature of the pregnant parent, the bill states.
The bill also does not make exceptions for rape or incest. If someone is found to have gone against the injunction, they may be held in civil or criminal contempt, according to the bill.
CNN has reached out to state Sen. Mark Pody, who introduced the Senate bill, and state Rep. Jerry Sexton, who sponsored the House bill. Neither have returned requests for comment.
Last Thursday, the state Senate bill was passed on second consideration. It has now been referred to the Senate Judiciary Committee. In the state House, it passed first consideration last week. If passed, the act will take effect on July 1.
However, the 1992 case Planned Parenthood v. Casey, during which the Supreme Court ruled that states cannot require anyone seeking an abortion to inform their partners, could mean the bill is unconstitutional.
In a February 12 Facebook post sharing a HuffPost article about the legislation, Tennessee Advocates for Planned Parenthood called it “unconstitutional, insulting, and dangerous. Period.”
The organization did not respond to CNN’s request for comment.
The proposed legislation comes as the US continues to see a rise in anti-abortion legislation in recent years, as a wave of restrictive bans in Republican-leaning states have attempted to take advantage of the Conservative-majority Supreme Court and the Trump administration’s support for tighter abortion restrictions.
Some efforts to change abortion policy have been blocked in court. In July of last year, for example, federal judges blocked controversial abortion restrictions out of Georgia and Tennessee. Tennessee is among a handful of states where lawmakers have, in recent years, attacked abortion access.
Last November, a federal appeals court ruled that part of a Tennessee law banning abortions based on a prenatal diagnosis of Down syndrome or a fetus’ race or sex, could take effect.

Will, 10, has Down syndrome and other underlyi