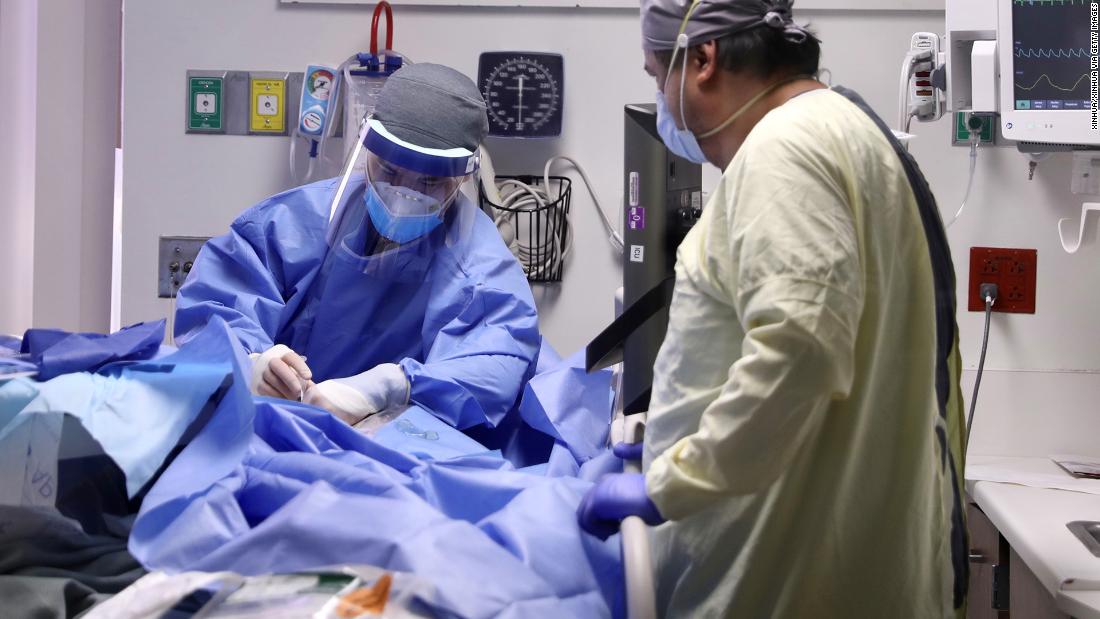 If the US had paid reparations the descendants of Black Americans who were enslaved, though, the risk of severe illness and death from the virus would be far lower, according to a new, peer-reviewed study by the researchers.
The group of researchers, from Harvard Medical School and the Lancet Commission on Reparations and Redistributive Justice, examined how reparation payments made before the pandemic would have affected Louisiana, a state that remains segregated in parts, and found that the payments could have reduced coronavirus transmission in the state anywhere between 31% to 68%. 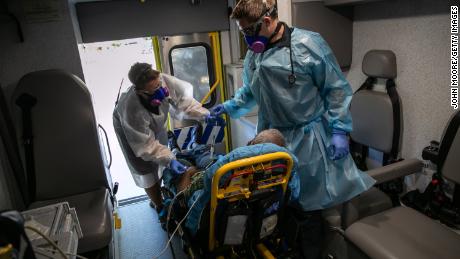 As the US approaches one year of living with Covid-19, Black Americans and other groups, including Hispanic and Native American people, are as much as 4 times more likely to be hospitalized than White Americans, data from the US Centers for Disease Control and Prevention shows.
The researchers’ latest findings highlight the importance of a pandemic strategy that considers the racial gap in Covid-19 exposure and transmission, the researchers said.
“The effects of racial justice interventions on Black/white health disparities are rarely investigated, which forms part of how systemic racism is reproduced,” study author Dr. Eugene Richardson, an assistant professor of global health and social medicine at Harvard Medical School, told CNN in an email.
“Our study simply gives yet another example of how racism gets into people’s bodies and makes them sick, which can be added to this litany (of evidence for reparations).”
Richardson and his team’s results were published this month in the journal Social Science & Medicine.

The study created a model of reparations

The crux of the research team’s argument focuses on reparations, or payments to African Americans who descended from enslaved people. If reparations work as proponents intend them to, the payments could narrow the racial wealth gap, which would in turn narrow gaps in access to health care, housing, education, employment and more.
To model how reparations would have affected Covid-19 transmission, the researchers chose Louisiana, one of the states that reported Covid-19 cases by race at the beginning of the pandemic and a state where the population is still “highly segregated” between Black and non-Black residents, according to the study. 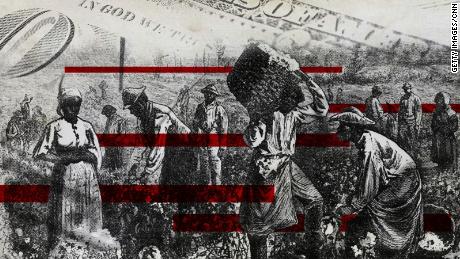 Researchers compared Louisiana at the outset of the pandemic to South Korea, a relatively egalitarian society that doesn’t have a “large, segregated subgroup of the population composed of the descendants of enslaved persons.” Their goal, according to the study, was to see if the difference in infection rates was driven by differences in social structures.
To do this, the researchers created a statistical model using “R-naught,” a mathematical term that represents the average number of people an infected person spreads the virus to. The term accounts for social structure, behavior and differential risk, too, Richardson told CNN.
They made their calculations with a model that would pay $250,000 in reparations per person or $800,000 per household. They also compared Louisiana and South Korea using infection data rates for the first two months of the epidemic.
The researcher’s model found that Louisiana took twice as long as South Korea to bring the R-naught value below 1, “the critical value at which an outbreak will die out in a population.”
Had reparations been introduced well before the pandemic and lessened the equity gap between Black and Whites, coronavirus transmission in Louisiana could’ve been reduced between 31% and 68% for residents of all races, the study found.

The modeling outlined by the research team is the latest evidence that reparations can address and begin to dismantle systemic racism in the US, Richardson said.
Previous explanations for Black Americans’ high risk of severe sickness or death from Covid-19 pointed to high rates of preexisting conditions like cancer and diabetes or “personal failure” to follow public health advice, the researchers wrote.
But those explanations don’t address how systemic racism positions Black Americans in a way that makes them more likely to be exposed to Covid-19 and less likely to survive it.
Institutionalized racism in the US has disadvantaged Black Americans for centuries, beginning with slavery, then segregation and the dangerous policies of the Jim Crow era, and now the inequalities that continue today, like fatal police encounters, high rates of incarceration and bias found in health care, employment, housing and more. 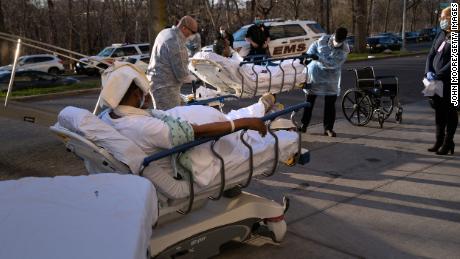 “These risks are structural — that is, not determined by personal choice or rational assessment,” Richardson said in an email to CNN.
The “mismanagement” of the Covid-19 response in the US has “exacerbated these disparities,” the researchers wrote.
Black workers are overrepresented on the front lines in sectors like food service, health care and child care, all jobs that require direct contact with customers, which heightens their risk of Covid-19 exposure.
Black Americans are also more likely to live in overcrowded housing than White Americans, which can make it difficult to impossible to maintain social distancing. And Black Americans make up a disproportionately high number of the US prison population, where preventative measures are often inadequate and conditions can be crowded, according to the study.
If reparations had been enacted before the pandemic, the researchers wrote, it might have narrowed the racial wealth divide, alleviating overcrowding so Black Americans are better able to social distance and spreading out “frontline work” across racial groups.

Acknowledging those structural causes in the US pandemic response is essential in alleviating some of the disproportionate load Covid-19 has borne on Black Americans, Richardson said.
Non-Hispanic Black Americans account for more than 26% of all Covid-19 deaths, but just over 12% of the US population. The percentage of Covid-19 deaths is higher than the population percentage for Hispanic and American Indian and Alaskan natives, according to the CDC.
Dr. Anthony Fauci, the top infectious disease expert in the US and adviser to President Joe Biden on Covid-19, affirmed that institutional racism has contributed to the virus’ disproportionate impact among Black Americans. But the first several months of the country’s coronavirus response didn’t account for those disparities.
When Biden took office last month, his administration said he was “committed to embedding racial equity” across the US Covid-19 response by extending the CDC’s eviction moratorium and opening up more vaccination sites in areas with large populations of Black residents and people of color.
Reparations, the Harvard researchers argue, would be a worthy addition to the existing strategies, and its effects would extend long past the pandemic’s end.

CNN’s Nicole Chavez and Jacqueline Howard contributed to this report.