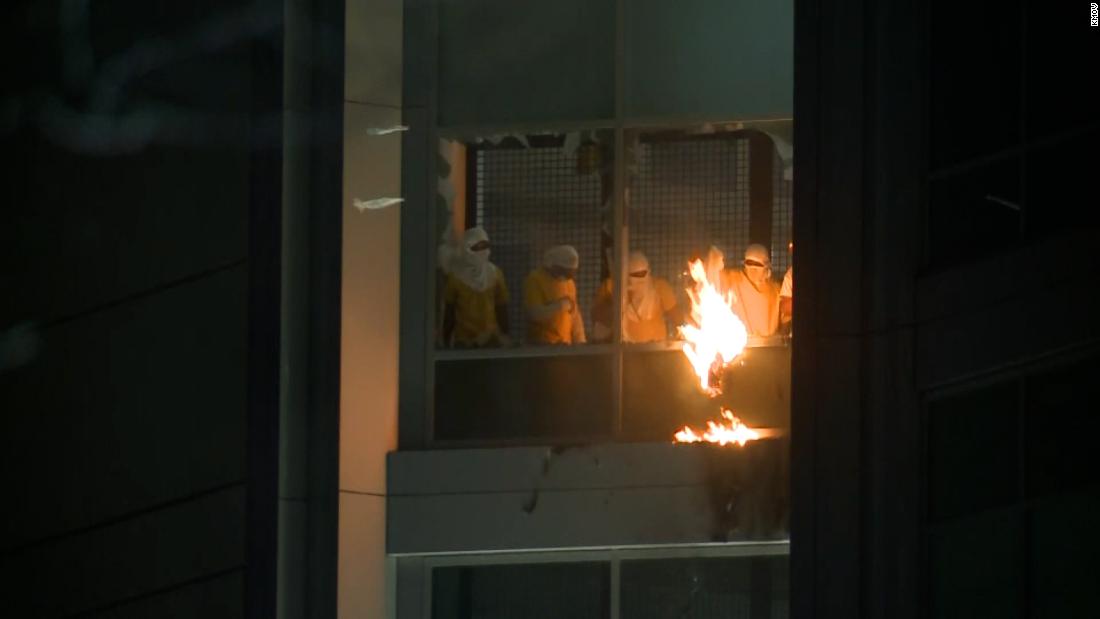 The disturbance at the City Justice Center began around 2:30 a.m. when a “defiant detainee” got into a scuffle with a corrections officer, St. Louis Public Safety Director Jimmie Edwards said at a news briefing.
The officer was then “jumped by others that were detained inside one of our units,” Edwards said.
Some inmates were able to “jimmy the locks” to escape their cells, Edwards said, noting that the locks were a long-standing problem.
As the injured corrections officer was removed from the unit, inmates who left their cells had access to the automated lock panel and were able to release others in the unit, Edwards said.
About 115 detainees escaped their cells and were able to overtake the jail’s fourth floor, according to Mayor Lyda Krewson’s communications director, Jacob Long. 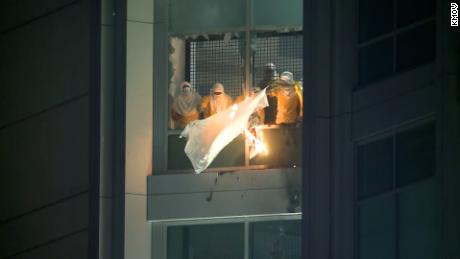 Video from CNN affiliate KMOV shows inmates standing at a smashed window and holding flaming debris.
Edwards said the disturbance wasn’t a hostage situation or an escape attempt.
“This was a bunch of people that decided that they were going to engage in criminal mayhem. And that’s exactly what they did,” Edwards said.
Corrections officers worked with the police department and sheriff’s office to get the situation under control.
“There was no resistance at all once we went in,” Edwards said.
According to Edwards, no one at the Justice Center is held for misdemeanors, municipal offenses or a low level felonies — only more serious offenses such as assault on a police officer and homicide.
Fifty-five of the detainees involved in the breach were moved to another unit in the jail that has a stronger locking system. Sixty-five detainees were moved to a different facility that is more secure. 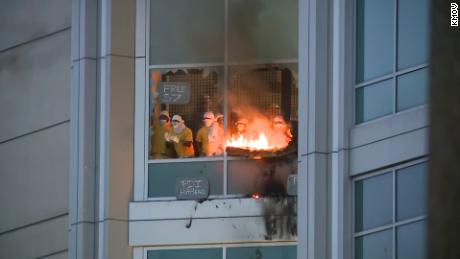 The corrections officer who was attacked was taken to a hospital and is doing well, according to Edwards.
The faulty locks at the City Justice Center are “not a new problem for the city,” Edwards said.
“The locks don’t necessarily lock, even though our automated panel system would indicate that the cells are locked,” he said.
Edwards said the jail was built “with these types of medium security locks that have the ability to be manipulated and compromised. We’ve been working on that since December. I hope, certainly, to get those fixed.”
Share