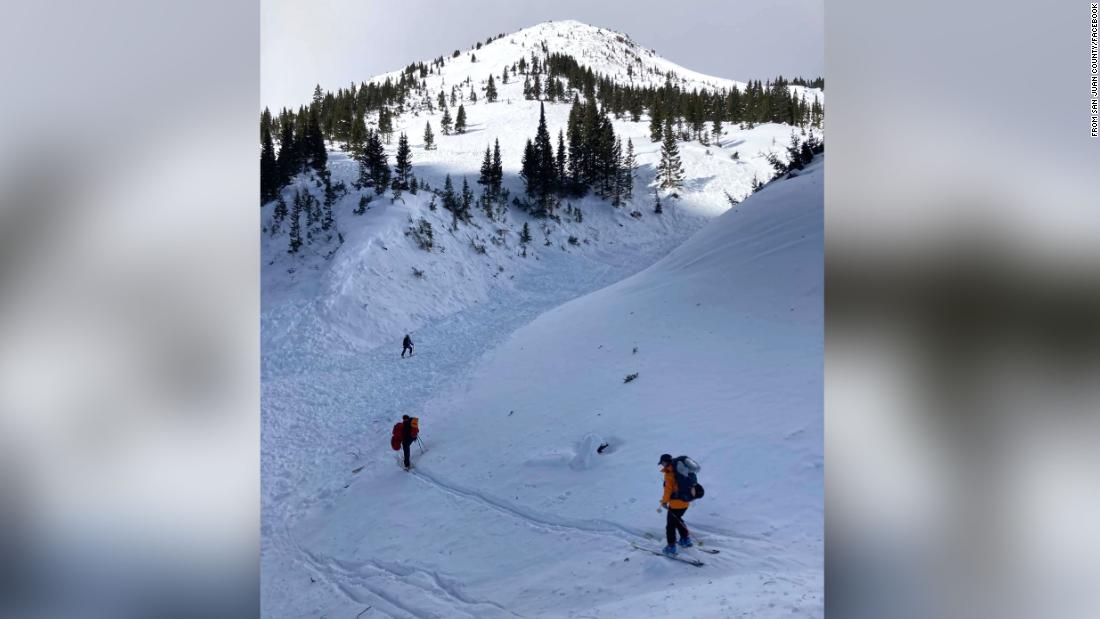 “The skiers were wearing beacons which enabled a successful identifiable location,” according to SJCOEM.
The victims were discovered Wednesday in more than 20 feet of avalanche debris and their bodies will have to be removed at a later time due to inclement weather, it said. Due to the terrain, a retrieval via helicopter is required.
The three were earlier Wednesday identified in a joint statement from Eagle County and the Town of Eagle, Colorado.
“The families of Seth Bossung, Andy Jessen and Adam Palmer are allowing us to share their names so we can all openly acknowledge their deaths and grieve together,” the statement said. 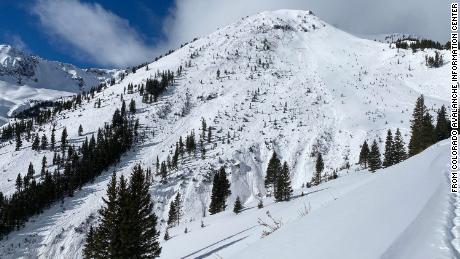 All three men served as either town or county officials, according to their official websites, with Jessen serving as the Town of Eagle’s mayor pro tem. Palmer, a town council member. is also listed as Eagle County’s Sustainable Communities director. Bossung served as the county’s Energy Efficiency project manager.
The avalanche occurred in the San Juan Mountains between Silverton and Ophir in southwest Colorado.
Four people were caught in the avalanche and buried in debris, according to a preliminary report from the Colorado Avalanche Information Center (CAIC). One of the skiers was found after sustaining minor injuries.
The search for the three others was suspended Tuesday night due to the threat of another avalanche, according to CAIC. The location of Monday’s avalanche lies at an elevation of approximately 11,500 feet in an area locally known as “The Nose.”
“Our hearts are heavy with the loss of these three men,” said the joint statement from Eagle County and Town of Eagle. “Their contributions through their work in local government and local businesses, as well as their personal passions and their impact on the friends and family members they leave behind, have helped shape the community in ways that will be forever lasting. Every single one of us in both of our organizations has learned from their examples, and we are grateful to be able to call them colleagues.”
Share

Around 40,000 youth cheerleaders, coaches and

According to an incident report released by At