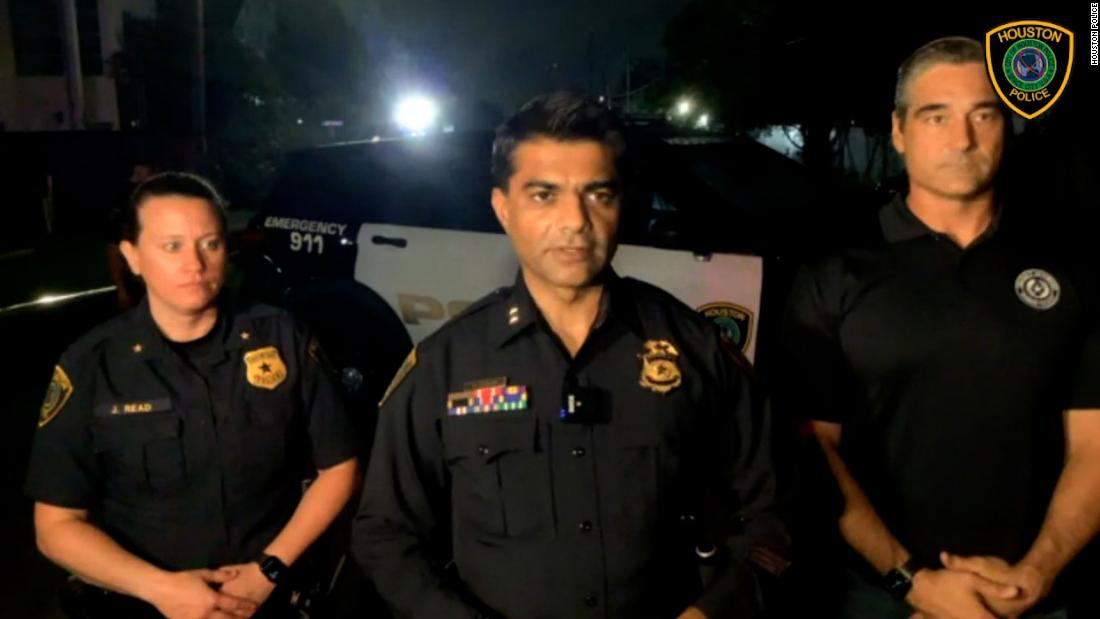 The pursuit started after a police sergeant saw a car doing donuts in a private parking lot about 10 p.m. local time, Houston Police Assistant Chief Yasar Bashir told reporters.
When the car moved onto Fairdale Lane, the sergeant activated his emergency lights to make a traffic stop, according to Bashir. “The vehicle accelerated at a very high speed.”
Bashir said the sergeant saw the car strike three people working as valets for a local business. The car came to a stop after entering a ditch. The car appeared to be traveling at least 60 mph when it crashed.
The three valets were pronounced dead at the scene, Bashir said.
The driver and a passenger were transported to a local hospital with injuries that were not life threatening, according to Bashir.
Sean Teare, chief of the Harris County District Attorney’s vehicular crimes division, said his office and Houston police were reviewing dash camera footage.
“We’re out here because one person decided they didn’t want to get a ticket or potentially go to jail for a misdemeanor,” Teare said.
He added, referring to the victims, “We’re talking about three individuals who are just out there working.”
Teare said tinvestigators are looking into whether the driver was impaired.
The driver potentially faces at least three counts of felony murder, Teare said.

In her testimony, Cheung detailed her growing