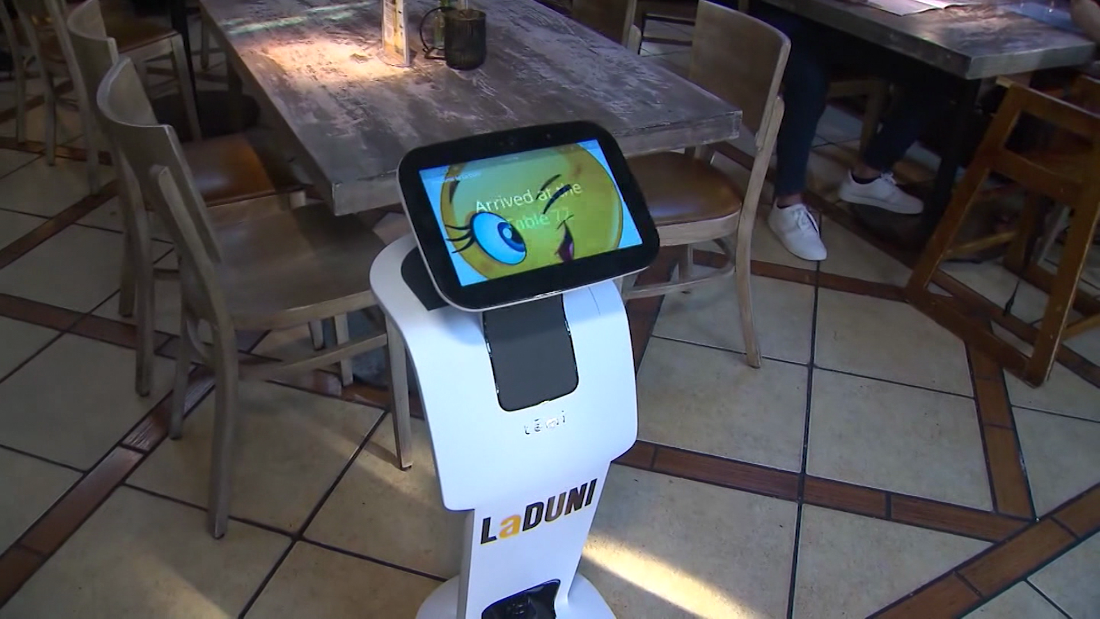 It was a “no-brainer,” said Espartaco Borga, the owner of La Duni since 2001, who told CNN he’s never seen the industry in such a dire situation.
After the Covid-19 pandemic and a major ice storm in the area, the Latin restaurant wondered how it would stay afloat. But little by little, customers started coming back.
“In the dining room, all of a sudden, it gets completely full and our takeout and delivery remain the same. The only part that didn’t come back were the employees,” Borga said.
He struggled to find busboys and other employees to fill the positions.
“All of a sudden we had 50 to 100% more business than we did, even prior to Covid, with a third of the staff. So everybody was getting overwhelmed, overworked and frustrated, both customers and staff,” he said.
So Borga decided to contact American Robotech, a robotics company based in Plano, Texas, to see if it offered solutions.
“The very next day they showed up, they mapped the restaurant, and they assigned the tables numbers within 45 minutes,” Borga said. “After a day, the girl at the expo line was in love with this because her arm didn’t hurt after carrying 60 trays in a day.”
The robots cost about $15 a day each, Borga said. And the cost savings help him pay his employees better for working less, he said.
He said the robots weren’t taking anybody’s job — because he can’t find people to fill those positions. “No one wants to work in hospitality right now,” he said.
The robots help greet customers, take food to tables, and will even sing “Happy Birthday.”
Borga said that the servers accompany the robots and act as their handler through the whole experience. He explained the process is like mobile ordering at the restaurant instead of at home. Each person at the table can order their own meal, and the robot and the server take care of the rest.
Borga said that the customer reaction has been overwhelmingly positive. The customers can interact with them and he said they treat the robots like part of the staff.
“They don’t even see them as what they are, which is a tablet on wheels,” he said. “They see them as part of the service experience because these robots have a personality, they can interact. If you touch them, they giggle and they tell you things.”
Share