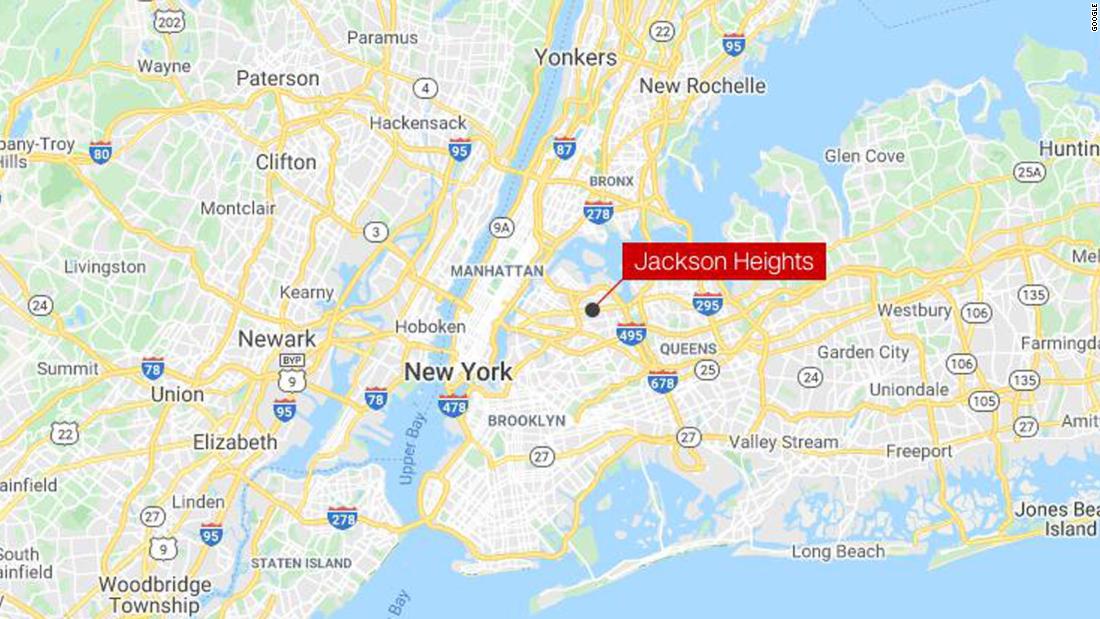 Jonathan Perez, 34, allegedly approached the girl early Sunday as she was on her way to a grocery in the Queens neighborhood of Jackson Heights, a statement from Queens District Attorney Melinda Katz reads.
Perez is accused of pulling her into an alleyway and pushing her, causing her to fall to the ground, before threatening “to kill her and violate her if she didn’t stop screaming,” the statement reads.
Authorities accuse Perez of fleeing with her keys, money and bag, Katz’s statement reads.
The girl was taken to hospital, where she was treated for a cut to her neck, according to the statement.
Perez was being held Friday, awaiting arraignment on charges of robbery in the first and second degree; endangering the welfare of a child; and criminal possession of a weapon in the fourth degree, according to the district attorney.
CNN’s attempt to find whether Perez has legal representation wasn’t immediately successful. CNN has also reached out to Perez for comment.
“Nothing’s more important than ensuring that our children are safe on our streets. Because of this defendant’s alleged actions, an 11-year-old’s early morning trip to the grocery store became a nightmare. Now apprehended, the defendant will face justice in our courts,” Katz said.
Perez could face up to 25 years in prison, the district attorney’s office said.
Share

Dania Kalaji, a 20-year-old junior at the Univ