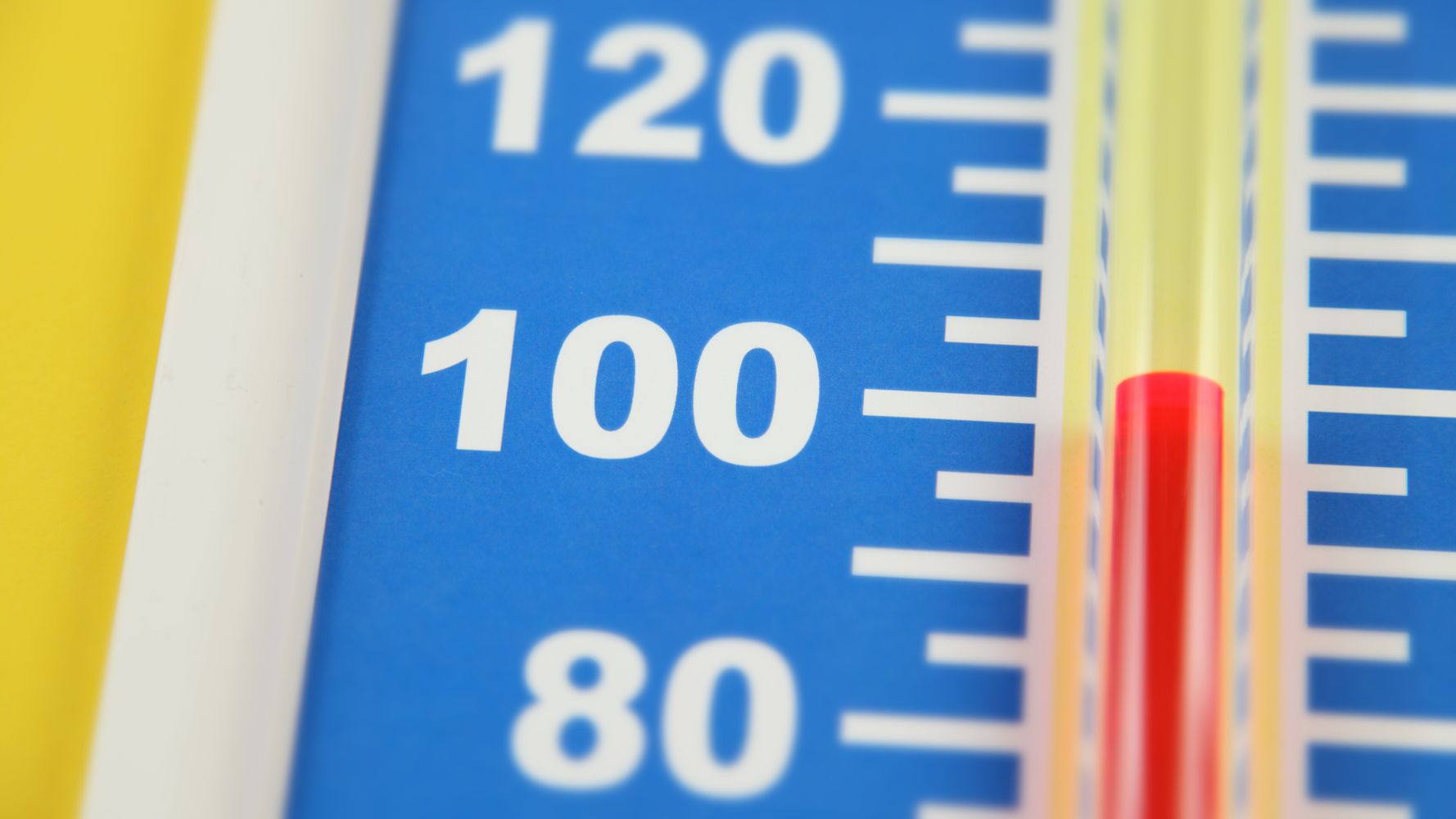 Alicia Lara works the drive-thru at a Jack In The Box in Sacramento. The 55-year-old mother of four says the air conditioning unit inside the restaurant tends to conk out when she needs it most, including during a recent mid-June heat wave.

According to Lara, the unit was not working on June 18 when the outside temperature soared well above 100 degrees. The open window at the drive-thru brought little relief, and she feared for the safety of her co-worker laboring over the grill.

“Most of the heat is in the kitchen and at the fryers,” she told HuffPost. “Even if we open the window, it’s still too hot.”

Lara was one of several workers affiliated with the Fight for $15 who protested outside the restaurant on Tuesday, saying they were walking off the job because the air conditioner still wasn’t working properly. They also filed complaints with the California Division of Occupational Safety and Health and Sacramento County Public Health, alleging their employer was endangering them during high heat.

Lara said the air conditioning unit was not working on June 18 when the outside temperature soared to 109 degrees.

Jack In The Box told HuffPost in a statement that the restaurant is operated by a franchisee who said the air conditioning unit is up and running.

“We take the health and safety of our employees and guests very seriously. We have spoken to the franchise operator and confirmed that the AC is fully functioning,” a spokesperson said in an email.

But Lara said the air conditioning unit had been repaired in the past, only to break down again during high heat.

“They fix it but they don’t fix it right,” she said of the restaurant’s management. “What I think they don’t want is to pay the money.”

BREAKING: @JackBox workers in Sacramento have walked off the job on strike.

When temperatures reached 109 degrees, the A/C didn’t work, and a boss blamed workers going through MENOPAUSE for the heat.

The demonstration outside Jack In The Box is unlikely to be the last time this summer that workers protest having to clock in under high heat. The calendar hasn’t yet reached July, and already, the Pacific Northwest has shattered heat records and much of the Northeast is baking under a triple-digit heat index.

With climate change making heat waves harsher and more common, the sizzling temperatures will affect workers of all kinds ― not just roofers and farmworkers stuck outside, but warehouse pickers, restaurant workers and others laboring indoors, especially in workplaces not outfitted to deal with extreme heat.

HuffPost readers: Have you had problems with excessive heat at your workplace? We’d like to hear from you. Email us.

Workers at a Voodoo Doughnuts store in Portland, Oregon, staged a walkout Sunday over what they described as excessively hot working conditions. The union Doughnut Workers United, which narrowly lost a union election at the store earlier this year, wrote on Facebook that doughnuts were melting and the frosting couldn’t dry inside the store due to high temperatures.

“The weak A/C and water is not enough to protect the workers from the hottest day in Oregon history,” the group said. “In solidarity with each other the workers left together at 1:00 PM today.”

The union said three workers who participated in the walkout were ultimately fired.

Voodoo Doughnuts disputed the workers’ characterization of the store as being too hot. A company spokesperson said they kept the store air-conditioned and shifted production times to avoid the most sweltering hours.

“Employee and customer safety is our highest priority,” the spokesperson wrote. “[I]f we felt either were at risk during this time, we would have adjusted operating hours and otherwise made sure everyone was safe.”

In mid-June, workers at a Houston-area Hooters held a walkout of their own over hot temperatures. Corinne Hill, one of the dozen or so workers, told local news station KPRC that they went a month without functioning air conditioning at the restaurant, forcing them to retreat to the ice cooler to get cool air. Workers said they’d been told that the part needed to repair the unit was out of stock.

“Today we decided as a group we weren’t going to tolerate it,” Hill said at the time. “We demand A/C, so we walked out.”

With climate change making heat waves harsher and more common, the sizzling temperatures will affect workers of all kinds.

The restaurant closed the dining room shortly after the walkout, and KPRC reported that an air-conditioning repair company was soon on-site.

The Occupational Safety and Health Administration can fine workplaces for heat hazards, but there is no federal standard that clearly lays out an employer’s obligations to protect workers in excessive heat.

When OSHA cites an employer in such cases, it typically relies on the general duty clause, a catch-all rule that says employers have an obligation to provide a workplace free from hazards. Many workplace safety advocates have been pressing OSHA to adopt a federal standard similar to the state requirements that have been adopted in California.

Workers do have nominal rights when they object to working in excessively hot conditions, though the law won’t necessarily prevent a worker from losing their job. The Occupational Safety and Health Act grants workers the right to refuse dangerous work if there’s a clear risk of death or serious physical harm, but a worker who gets fired for it would have to win a retaliation case under OSHA.

Workers staging a walkout due to heat could also try to lean on the National Labor Relations Act, which guarantees the right to engage in protected concerted activity ― i.e., banding together with co-workers to improve working conditions, with or without a union. If workers were retaliated against, they could argue they were trying to protect one another’s health.

“I think it’s exactly what the act is designed to help workers do, which is join together to make sure they’re treated fairly,” said Celine McNicholas, labor counsel at the Economic Policy Institute.

But the law offers weak remedies for workers who’ve been illegally punished, and McNicholas cautioned that the success of any legal argument would depend a lot on the circumstances, including how workers framed their walkout.

The six Jack In The Box workers who filed the heat complaint with California did so with the help of the Fight for $15, the union-backed campaign aimed at improving pay and working conditions in fast food. They asked that safety inspectors visit the restaurant and issue a citation if they find hazards. California is one of 22 states where workplace complaints are handled by a state agency rather than federal OSHA.

The workers alleged in their complaint that the air conditioning unit was broken the entire week of June 14 to June 20, leading some workers to suffer headaches. They also claimed their manager has grown combative when they raise their concerns about the heat, accusing them of exaggerating and saying “we are just hot because of menopause.”

They said they aren’t looking forward to July.

“The extended forecast for Sacramento is another heat wave,” they wrote.