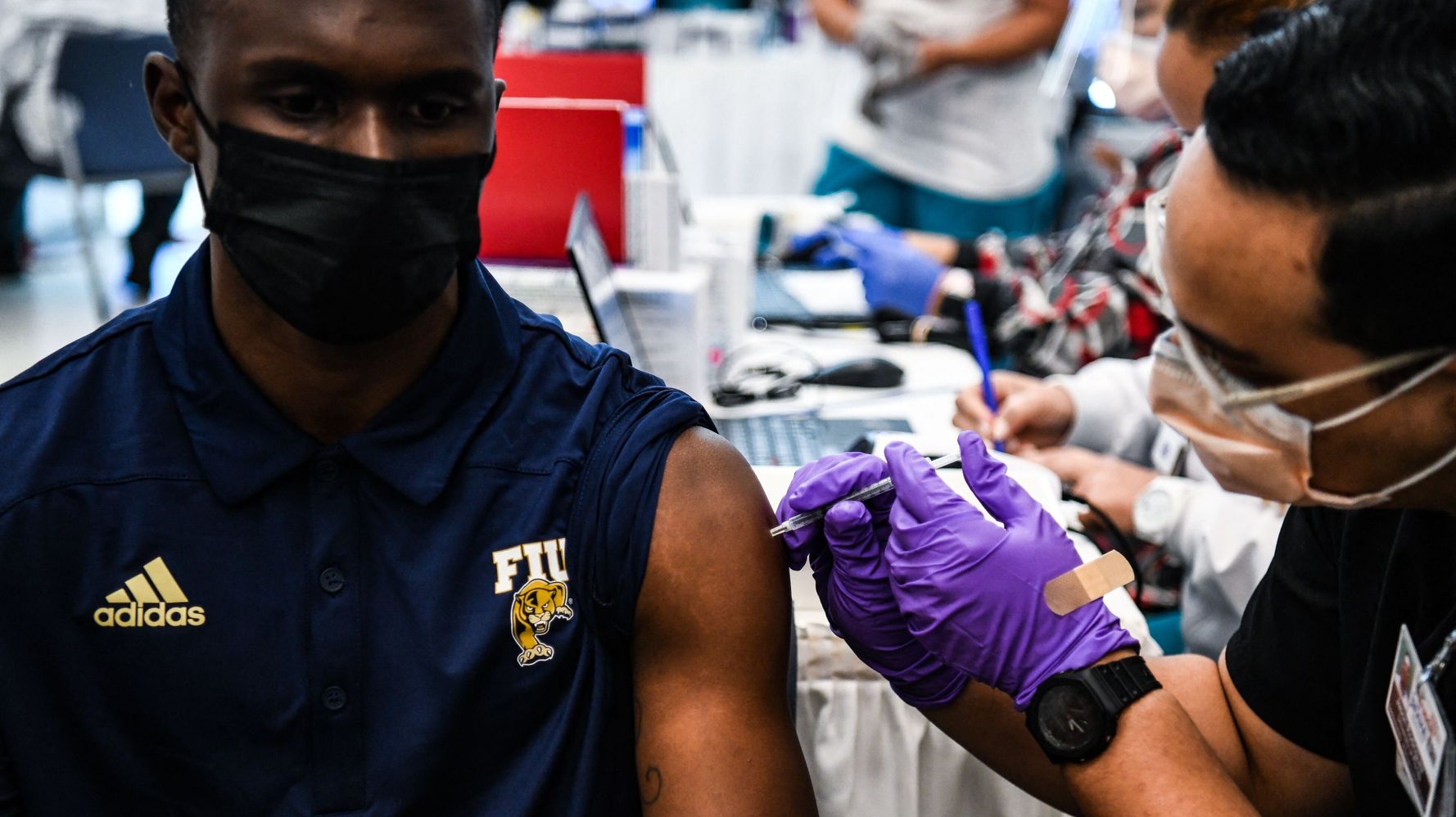 WASHINGTON (AP) — Half of all adults in the U.S. have received at least one COVID-19 shot, the government announced Sunday, marking another milestone in the nation’s largest-ever vaccination campaign but leaving more work to do to convince skeptical Americans to roll up their sleeves.

Almost 130 million people 18 or older have received at least one dose of a vaccine, or 50.4% of the total adult population, the Centers for Disease Control and Prevention reported. Almost 84 million adults, or about 32.5% of the population, have been fully vaccinated.

Fauci, who is President Joe Biden’s chief medical adviser, said he believed that federal regulators could bring the shots back with restrictions based on age or gender or with a blanket warning, so that it is administered in a way “a little bit different than we were before the pause.”

The U.S. cleared the 50% mark for adults just a day after the reported global death toll from the coronavirus topped a staggering 3 million, according to totals compiled by Johns Hopkins University, though the actual number is believed to be significantly higher.

In other developments, the nation’s top infectious diseases expert indicated Sunday that the government will likely move to resume use of Johnson & Johnson’s COVID-19 vaccine this week, possibly with restrictions or broader warnings after reports of some very rare blood clot cases.

Dr. Anthony Fauci, in a series of news show interviews, said he expects a decision when advisers to the Centers for Disease Control and Prevention meet Friday to discuss the pause in J&J’s single-dose vaccine.

“I would be very surprised if we don’t have a resumption in some form by Friday,” he said. “I don’t really anticipate that they’re going to want it stretch it out a bit longer.”

Fauci, who is President Joe Biden’s chief medical adviser, said he believed that federal regulators could bring the shots back with restrictions based on age or gender or with a blanket warning, so that it is administered in a way “a little bit different than we were before the pause.”

The J&J vaccine has been in limbo after the CDC and the Food and Drug Administration said last week they needed more evidence to decide if a handful of unusual blood clots were linked to the shot — and if so, how big the risk is.

The reports are rare — six cases out of more than 7 million U.S. inoculations with J&J vaccine. The clots were found in six women between the ages of 18 and 48. One person died.

The acting FDA commissioner had said she expected the pause to last only a matter of days. Still, the decision last Tuesday triggered swift action in Europe and elsewhere.

Fauci said he doubted very seriously that the U.S. would permanently halt use of the J&J vaccine.

“I don’t think that’s going to happen,” he said. “The pause was to take a look, make sure we know all the information we can have within that timeframe, and also warn some of the physicians out there who might see people, particularly women, who have this particular adverse event, that they treat them properly.”

“I think it’ll likely say, ‘OK, we’re going to use it. But be careful under these certain circumstances.’”

More than 6.8 million doses of the J&J vaccine have been given in the U.S., the vast majority with no or mild side effects. Authorities stressed they have found no sign of clot problems with the most widely used COVID-19 vaccines in the U.S. — from Moderna and Pfizer.

Fauci appeared on NBC’s “Meet the Press,” CNN’s “State of the Union,” ABC’s “This Week” and CBS’ “Face the Nation.”