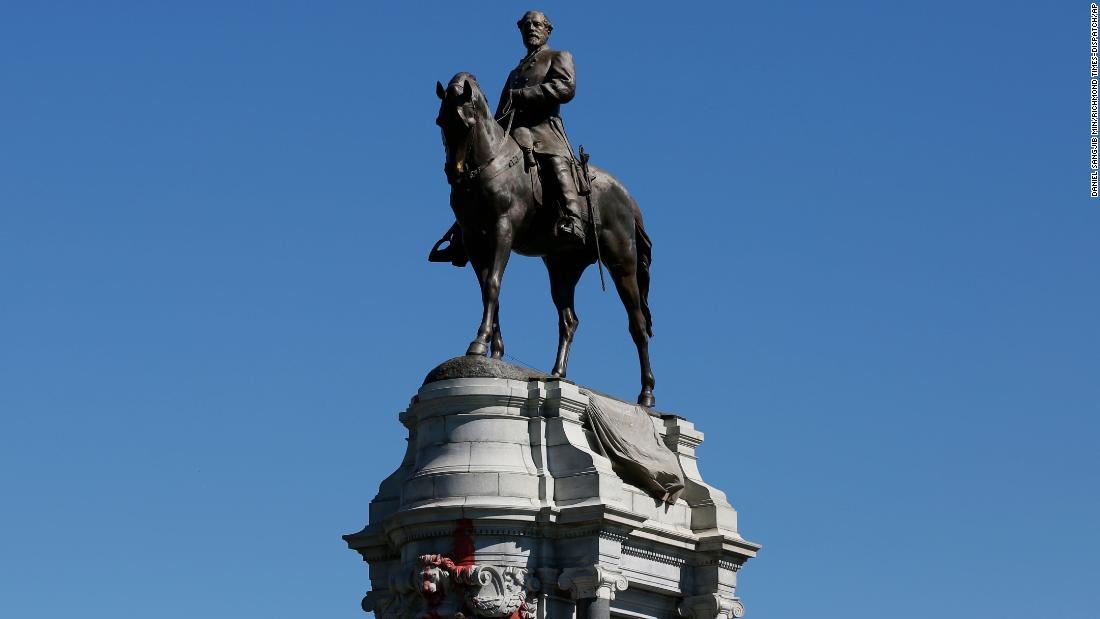 Gov. Ralph Northam announced his intention to remove the Confederate statue, which is the largest remaining in the US, in June 2020, amid nationwide protests for racial justice, but was challenged in court.
A group of Richmond residents sued, arguing that an 1890 deed and an 1889 General Assembly joint resolution prohibits the governor from directing the removal of a state monument from state property.
Another lawsuit brought by Virginia resident William C. Gregory, identified as the great-grandson of two parties and signatories to the 1890 deed, argued that removal of the statue also violates the deed, in which Virginia, having been transferred the land the statue sits on, agreed to “faithfully guard and affectionately protect it.” He claimed that as an heir, he has the legal right to compel Virginia to keep the Lee Monument where it is.
Last week, the Virginia Supreme Court rejected both arguments, clearing the way for the statue’s removal.
“The statue was installed in 1890, a generation after the Civil War, during the historical movement that sought to undo the results of the war by other means,” state officials said in a news release Monday.
Northam hailed the removal of what he called “Virginia’s largest monument to the Confederate insurrection,” and called it “an important step in showing who we are and what we value as a Commonwealth.”
Preparations for the removal will begin Tuesday, the release said. Once it’s removed, the statue will be placed in secure storage at a state-owned facility until a decision is made on its further disposition, officials said.
The 40-foot granite pedestal the Lee statue sits on will remain in place during a community-driven effort to “reimagine” Monument Avenue, officials said.

Parts of central and southern Louisiana could

The man was discovered at Citi Field, home to