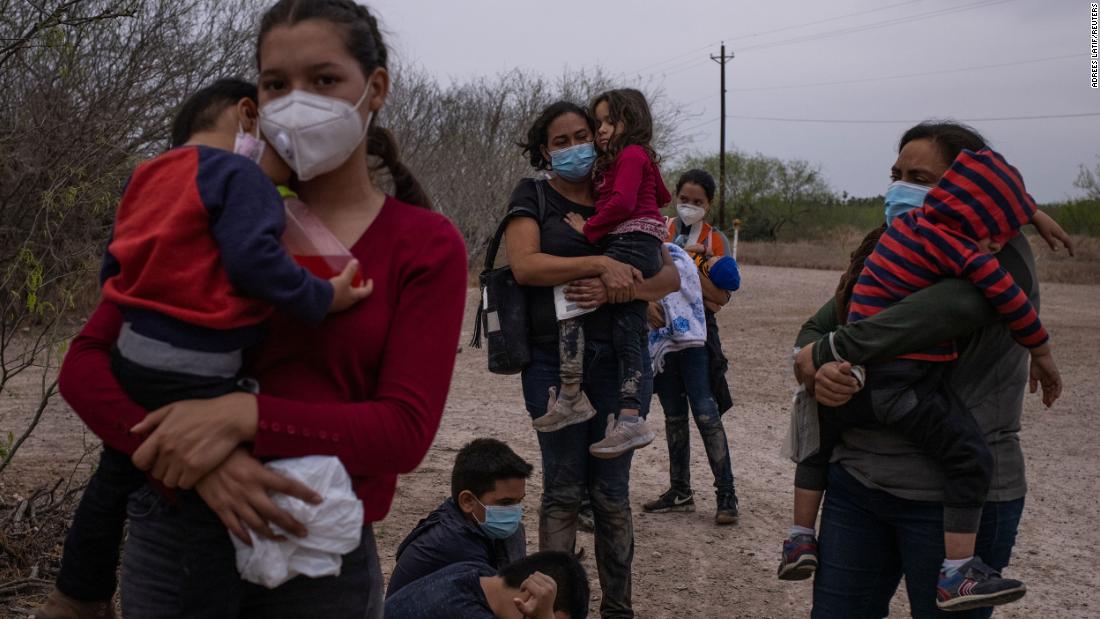 Here’s what we do know:

On Tuesday, CNN’s requests to McCarthy’s office for evidence supporting his claims went unacknowledged for hours. Then around 2:30 pm, Axios reported that according to an unnamed congressional aide, CBP had confirmed to Congress on Tuesday that “four people arrested at the southern border since Oct. 1 match names on the FBI’s Terrorist Screening Database.”
After the Axios report published, a representative from McCarthy’s office pointed to it in response to CNN’s request for comment. According to the report, one of the individuals was from Serbia and the other three were from Yemen.
On Tuesday evening, in response to the Axios reporting, Arizona Democrat Rep. Ruben Gallego challenged the substance of those claims in an interview with CNN’s Erin Burnett, saying, “There is no correlation from what I’m reading to what Mr. McCarthy and other people are talking about.”
“I actually just had a briefing about 90 minutes ago regarding this issue and none of what I heard in that briefing matches this information,” Gallego told CNN.
When Homeland Security Secretary Alejandro Mayorkas was asked about the reporting during a congressional hearing Wednesday, Mayorkas said individuals on the terror watchlist being encountered at the southern border “is not a new phenomenon” and has taken place for years.
The Axios reporting does not clarify when these four individuals were apprehended but says the arrests occurred at some point during the five and a half months between October and March 16. Fox News reported Tuesday that one of the individuals “was encountered on Jan. 28.” It’s also unclear whether the individuals were actually on the list or if their names merely matched those among the hundreds of thousands kept in the database. And it’s currently unknown if the four people are still in custody or have been released.
After repeated requests to clarify McCarthy’s claim, Customs and Border Protection provided CNN a statement Tuesday evening, which noted that “encounters of known and suspected terrorists at our borders are very uncommon.”

In an FAQ, the FBI says that anyone they suspect to be “involved in terrorist activities” could be on the terror watch list. A DHS official told CNN “one should not immediately conclude” why someone is on the watch list.
Most individuals flagged by the watch list attempt to enter the US on planes. Encountering a very small number on the border who are on the terrorist watch list is not unique to the Biden administration.
Individuals on the terror watch list were encountered at the US southern border by federal agents during President Donald Trump’s time in office. Furthermore, the number of these individuals encountered at the border in a given year is extremely small and is a very small percentage of the total known or suspected terrorists who try to enter or travel to the US annually.
In January 2019, CNN reported that roughly a dozen non-US citizens who were on the terror watch list had been encountered on the US southern border by federal officers from October 2017 to October 2018, according to an administration official familiar with CBP data.
Alex Nowrasteh, director of immigration studies at the libertarian Cato Institute, told CNN that most years the number of those undocumented immigrants on the terror watch list encountered at the southern border “is in the low single digits.”
“The numbers are so small it’s hard to say anything statistically significant about them,” Nowrasteh said, noting additionally that not a single American has “been killed by an illegal immigrant in a terrorist attack on US soil — that hasn’t happened.”

Republican allegations of terrorists crossing the US southern border are not new.
Amid a wave of migration in January 2019, Trump claimed “we have terrorists coming through the southern border because they find that’s probably the easiest place to come through. They drive right in and they make a left.”
But the then-President’s claims of terrorists coming through Mexico were contradicted by his own State Department.
A report from the State Department’s Bureau of Counterterrorism found that “(i)n 2019, there was no credible evidence indicating international terrorist groups established bases in Mexico, worked directly with Mexican drug cartels, or sent operatives via Mexico into the United States.”