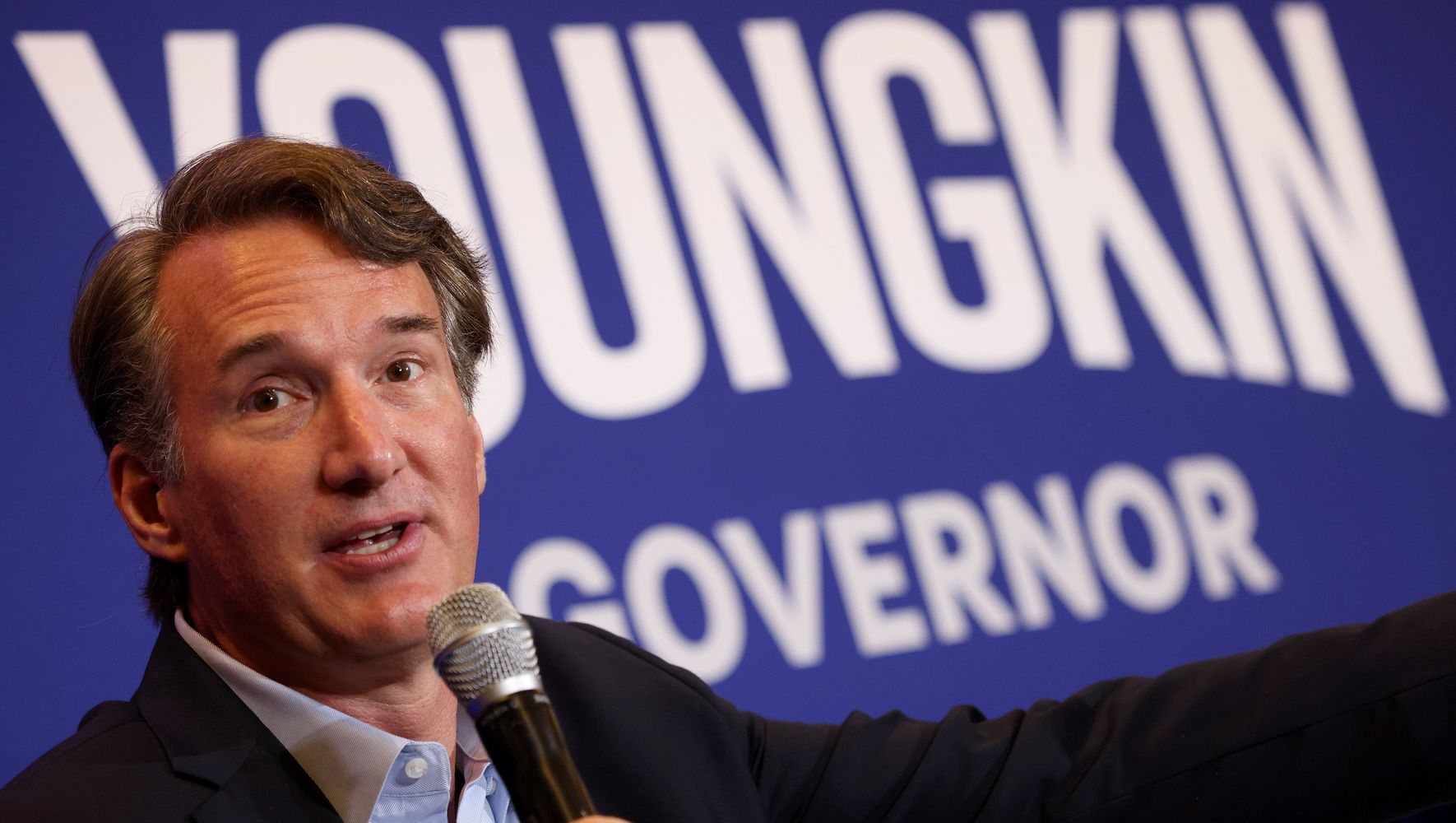 Glenn Youngkin, the GOP candidate in Virginia’s 2021 gubernatorial contest, has promised Republican voters that he will go “on offense” to restrict abortion rights if he becomes the state’s next governor. But the Republican and his campaign haven’t yet said whether he would sign legislation similar to the Texas law that effectively banned abortion in the state this week.

The Texas law bars abortion after six weeks of pregnancy, and also allows Texans to receive up to $10,000 for suing anyone who assists a woman in receiving an abortion. The Supreme Court’s decision on Wednesday to allow the Texas law to take effect has opened the door for Republican legislatures and governors to take up similar bills that target abortion rights and has set the stage for the court to overturn Roe v. Wade in its entirety.

Virginia has a Democratic governor, and Democrats currently control both chambers of the state legislature. But Republicans are seeking to win back the governor’s mansion for the first time in nearly a decade and retake majority control of the state House of Delegates, which the GOP lost in 2019.

“For years, people would say that abortion is ending, and now we have seen that happen in Texas,” McAuliffe told reporters on a press call. “If Glenn Youngkin is elected and he gets the House here, there’s a good chance that we could see Virginia go the way of Texas.”

“This is a far-right extremist Trump candidate who wants to ban abortions in Virginia,” McAuliffe said. “He’s trying to hide his views, but we’re not going to let him.”

Asked if Youngkin would sign a bill similar to the Texas law, a spokesperson for his campaign pointed to comments the Republican candidate made at an event on Wednesday. But Youngkin didn’t offer much insight into his thoughts on the Texas law, or whether he’d sign one like it: Instead, he said that his “biggest concern when it comes to abortion in Virginia is my opponent’s extreme views.”

That was a reference to comments current Gov. Ralph Northam (D) made in 2019 about rare third-trimester abortions for fetuses that aren’t viable or have “severe deformities.” Republicans have often taken the comments out of context to accuse Democrats of seeking to legalize “infanticide.”

After turning his attention to the economy, Youngkin drew a distinction between his own views and the Texas law, which does not allow exceptions for rape or incest, but still did not directly state his position on the law itself or whether he would sign a version of it.

“I’m pro-life,” Youngkin said at the event. “I’ve said it from the beginning of this campaign ― I’m pro-life. I believe in exceptions in the case of rape, and in case of incest and in case of where the mother’s life is in jeopardy.”

The spokesperson did not respond to a follow-up question about whether Youngkin would sign a similar bill if it did include those exceptions.

Youngkin has largely avoided talking about abortion during his campaign. He was caught on camera at a July campaign event telling voters that he shies away from the subject because he needs to win independent voters, whom polls show overwhelmingly favor abortion rights in Virginia.

But, he promised, “when I’m governor and I have a majority in the House, we can start going on offense.” Youngkin has also described himself as “unabashedly pro-life.”

Other Republicans in Virginia have been more explicit about their intention to follow in the footsteps of Texas. On Thursday, the Democratic Legislative Campaign Committee, the party’s state legislative campaign arm, highlighted anti-abortion stances held by more than a dozen Republican candidates for seats in the state House of Delegates.

The list included one candidate, Chris Stone, who said he is against abortion “at any time” in a candidate survey this year, and another, Tim Cox, who said that Virginia needs to “pass bills prohibiting abortion from the moment of conception” on the same survey. Most of the GOP candidates on the list have called for defunding Planned Parenthood.

Youngkin, through his super PAC, has helped fund GOP state legislative campaigns for several of the candidates on the list, including Cox.

“Virginia Republicans have been incredibly clear about their agenda: they are going to ban abortion if they get control of the House of Delegates,” DLCC executive director Heather Williams said in a statement. “Holding the Democratic majority in Virginia is critical to protecting abortion access in the commonwealth. Republicans want to drag Virginia backward and we cannot let them.”

Virginia Democrats reversed many of the state’s most aggressive abortion restrictions after taking majority control of the state legislature last year, repealing laws that required mandatory waiting periods and ultrasounds and loosening other laws Republicans previously passed to limit the practice.

At the Wednesday event, Youngkin accused McAuliffe of promoting “abortion all the way through and including birth,” another reference to Northam’s 2019 comments. But McAuliffe told reporters on Thursday that the main change he’d like to see is the enshrining of abortion rights into the state constitution.