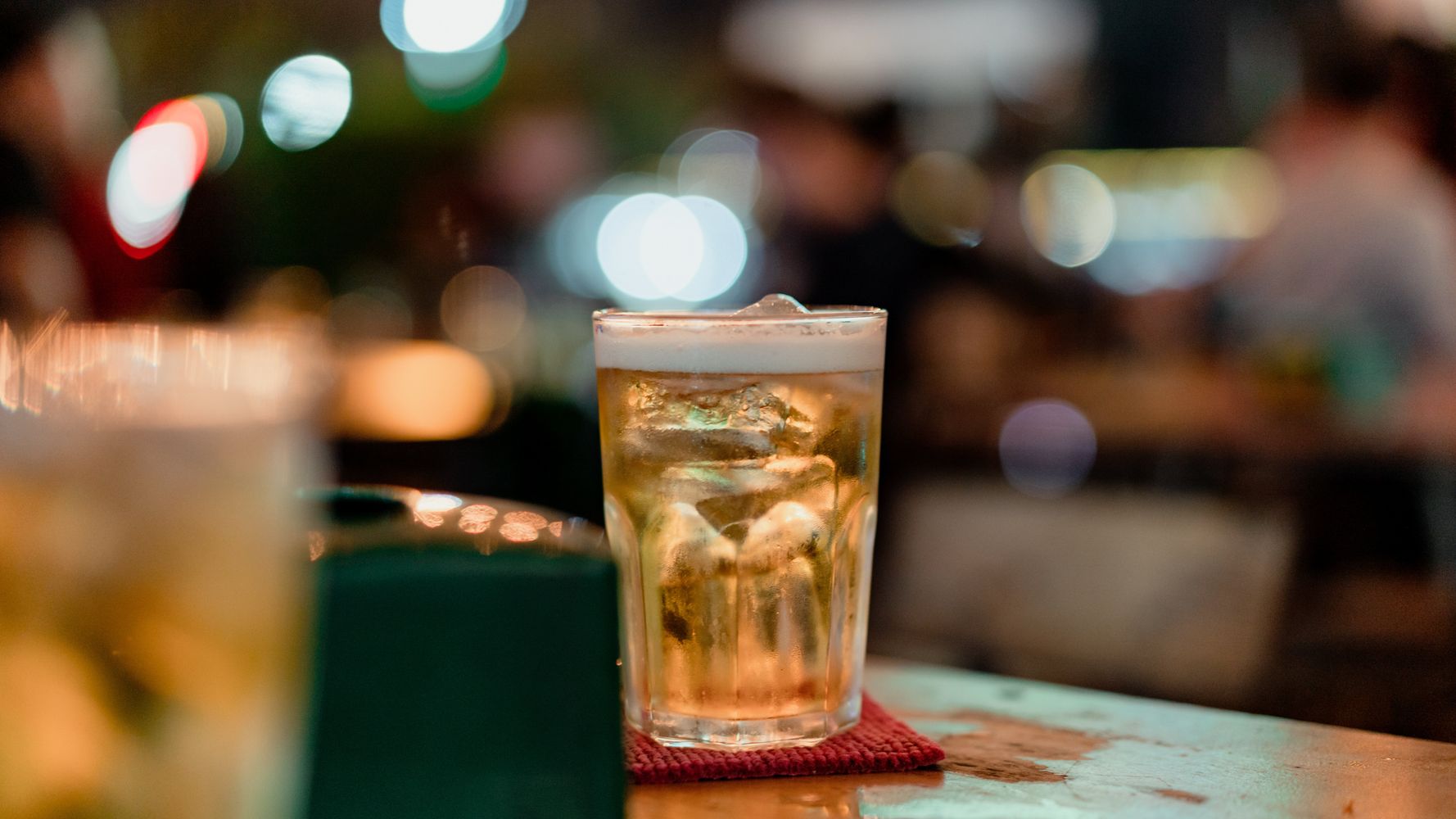 It may seem far-fetched to say I didn’t know that I was alcohol dependent until I tried to stop drinking. While I was aware I was drinking every night, I certainly didn’t think my consumption was enough to be considered alcohol dependent. As far as I was concerned, I probably ought to have a break from wine. So that’s exactly what I decided to do, by taking an impromptu period of abstinence.

Shortly afterward, on the London tube en route to a meeting, I couldn’t help but notice how under the weather I felt. It was an extremely hot day in July 2016. And even hotter underground. With the sweat dripping off me, anyone would have thought I had run a marathon.

As I stood up, I noticed my body wasn’t doing what I was telling it to do. This was the first sign something was seriously wrong. It was as if there was a disconnect between my brain, body and my ability to move.

I somehow made it off the train and onto the escalator up to street level. All I remember thinking at this moment was “I need air.”

By now, my hands were shaking uncontrollably and I was unsteady on my feet. Being a fit and healthy 29-year old with no previous health problems, it was extremely concerning. In a total panic, I found sanctuary in a coffee shop opposite the tube station.

“Can I have some water please?” I asked the barista. He got me a large jug of water. I tried pouring it into the cup, but the water went everywhere due to my shaky hands. Trying to hold the cup to my mouth, I kept spilling it all down me. There was a lady sitting on the table opposite me, looking at me curiously.

“Do you need help? You look like you are in trouble?” she said after a short while. She introduced herself and it turned out she was an off-duty nurse from a nearby hospital. “Do you know what’s happening with you?” she asked. I told her I had absolutely no idea.

Before I knew it, I was in an ambulance. The next minute, I was at the hospital. Despite the apparent urgency, nothing immediately concerning had shown up on my vital signs and my blood tests came back normal. As a result, the doctor didn’t think there was anything further to explore and discharged me.

“You have probably picked up a virus,” they said, reassuringly. Unfortunately, it would take two more hospital admissions before a pattern eventually emerged.

Over a five-month period, my mental state deteriorated dramatically. During this time, I attempted to stop drinking, or at least tried to cut down on the volume I had been drinking repeatedly. But each time, I had found myself drinking again. It was the only way I could get any relief.

One of the more serious and horrifying symptoms I had started experiencing was “visions” of creatures crawling over me at night and attacking me as I attempted to sleep. In sheer terror, I would wake up shouting and throwing things around the room. What I couldn’t understand is why I had been so physically unwell and losing it mentally all at the same time.

“You’re over the threshold,” were the doctor’s infamous words. Initially, I had no idea what they meant and none of it made any sense. They told me that I was alcohol dependent and that I needed to refer myself to detox via the local substance use service.

Finally getting to the bottom of my diagnosis after these mysterious episodes of illness was quite a shock. It also made me feel terrible, knowing that I was responsible for making myself ill.

What started as one to two glasses of wine at the weekend had become more than three bottles per night while working at home into the early hours. Looking back, I should’ve seen my drinking had steadily increased over time. But because I was functioning, albeit in a dysfunctional way, I had no reason to think my drinking had become a problem.

“It’s really important you don’t stop drinking to avoid further episodes of withdrawal,” the doctor told me. Surely telling a patient to keep on drinking is the last piece of advice any doctor ought to be giving, I thought. I’ve since learned that the symptoms of alcohol withdrawal can range from mild to life-threatening. People going through it may experience a combination of physical and emotional symptoms, like I did. Some symptoms are as severe as the hallucinations I experienced or even seizures.

To my credit, I referred myself to the substance use service straightaway. Following an assessment with a specialist medic there, they deemed my alcohol dependency too serious and my withdrawals too dangerous to safely detox in the community. So the only option I had was to be admitted as an inpatient at a detoxification rehab centre in central London.

Upon my admission for detox, I finally met others like me and learned about my condition. I was told that they would gradually wean me off the booze with medication. This turned out to be far more comfortable than what I had experienced up until then. While it didn’t prevent my withdrawal symptoms, the detox made them far more manageable than the times I went cold turkey by myself.

But my fellow residents weren’t anything like me, I believed. I wasn’t an alcoholic, I told myself, and I had no history with recreational drugs either. I felt like a guest attending the wrong party and simply joining in to avoid the embarrassment of leaving.

On the final day of my detox, I was itching to leave. Without realizing it at the time, I was craving alcohol. In fact, I even gave a phony reason to leave a day early. Out of all the residents, I was one of the only people to not be going on to any sort of follow-up program.

“If you leave today without a proper care plan in place, you’ll be back here in no time,” the staff said. They were reluctant to allow me to leave early, but at my insistence they eventually did.

I hadn’t planned or prepared for what I would do when I got home. Going back to the same environment, same routine and same mindset, it only took a few short hours before I caved in and started drinking again later that same day.

One impulsive action led to many more visits to Accident & Emergency, including for multiple suicide attempts and subsequent psychiatric hospital admissions over the next three years. Initially, I had used drinking to numb and suppress the trauma of my past. Instead my alcohol dependency had exacerbated the trauma, making those negative feelings go from bad to even worse.

Drinking had become a cycle of relapse, detox and repeat until eventually in November 2019 I finally realized something I’d subconsciously known all along: I needed to do this for me. After having lost my livelihood and everything I had built up over many years, I had nothing more to lose. But from now on, everything to gain. It was this realization that I could have a future and that I deserved recovery that finally enabled me to make it happen.

Now 18 months into sobriety, I’m glad I went into hospital one last time to detox. Unlike all the previous times, I wanted to recover. I literally pleaded for them to admit me and detox me. There was no way I was walking out that door and coming back in this same situation ever again.

As it turned out, those next seven days I spent in hospital to detox weren’t only a game-changer but also a lifesaver. My advice to anyone reading this who thinks they may have a drinking problem, or knows someone who does, is to seek medical input before cutting back. After all, no one can truly recover on their own.

Need help with substance use disorder or mental health issues? In the U.S., call 800-662-HELP (4357) for the SAMHSA National Helpline.

Do you have a compelling personal story you’d like to see published on HuffPost? Find out what we’re looking for here and send us a pitch!

Joe Biden will give his first prime-time speech

The suit alleges that McCarty, a former NBA pl