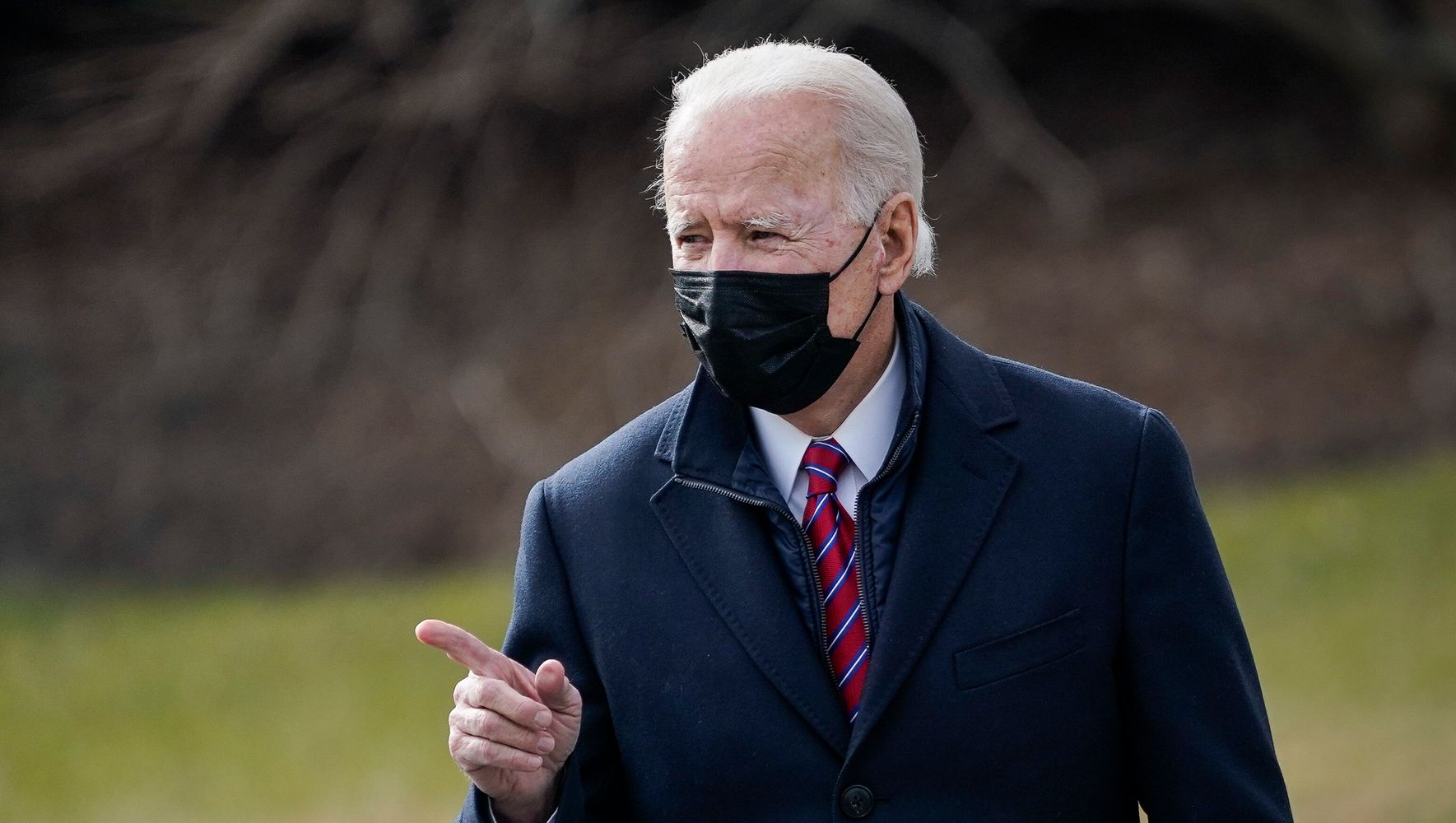 President Joe Biden met with a group of Republican senators at the White House on Monday after they requested that he narrow his plan for additional coronavirus relief.

The meeting came as Democrats begin the process to pass the next relief package with a simple majority in both the House and Senate. They’ve signaled their intention to move forward even if it doesn’t have bipartisan support.

“I wouldn’t say we came together on a package tonight. No one expected that, but what we did agree to do is to follow up and talk further,” Sen. Susan Collins (R-Maine) said afterward, calling the nearly two-hour discussion with Biden and Vice President Kamala Harris “very productive.”

“We’re very appreciative, as his first official meeting in the Oval Office, that the president chose to spend so much time with us in a frank and very useful discussion,” Collins added.

Collins and 9 other GOP senators over the weekend proposed a COVID-19 relief package totaling $618 billion, far less than the $1.9 trillion plan that the Biden administration and economists say is needed to adequately confront the historic health and economic crisis. The group includes Lisa Murkowski of Alaska, Mitt Romney of Utah, and Rob Portman of Ohio.

For months, Republicans have bristled at the idea of injecting too much money into the economy, despite consistently high unemployment numbers and high numbers of COVID-19 cases that continue to reach new records in some parts of the country.

The GOP plan dramatically scales down every part of Biden’s relief proposal and nixes some parts altogether, including the expanded child tax credit and aid to state and local governments. Republican senators suggested extending federal unemployment insurance through the end of June at the current $300 per week rate instead of the $400 a week Biden proposed through September.

“The President expressed his hope that the group could continue to discuss ways to strengthen the American Rescue Plan as it moves forward, and find areas of common ground — including work on small business support and nutrition programs,“ White House press secretary Jen Psaki said in a statement after the meeting on Monday. “He reiterated, however, that he will not slow down work on this urgent crisis response, and will not settle for a package that fails to meet the moment.”

Democrats are prepared to use special budget rules to pass their plan with a simple majority vote in the Senate even if it doesn’t gain GOP support. The process is the same one Republicans used to enact broad tax cuts in 2017. They also tried to use it to repeal the Affordable Care Act.

But Republicans now say the president should forego that process and accept a smaller relief package in order to overcome the Senate filibuster.

“It will set President Biden down a path of partisanship that I think will poison the well for other bipartisanship we will need on so many issues,” Sen. Rob Portman (R-Ohio) said Sunday in an interview on CNN.

The White House has indicated that it wants Congress to pass a relief bill by March, when federal unemployment benefits will expire for millions of Americans who have lost their jobs during the pandemic.

“The package outlined by 10 Senate Republicans is far too small to provide the relief the American people need,” incoming Senate Finance Committee Chair Ron Wyden (D-Ore.) said in a statement. “In particular, a three-month extension of jobless benefits is a non-starter. …We can’t keep jumping from cliff to cliff every few months.”

Biden’s team has repeatedly expressed publicly that its biggest political concerns is passing a new COVID-19 relief package that’s too small to address the breadth of the crisis.

Over the weekend, Biden’s chief economic counsel, Brian Deese, said on CNN that the White House was open to ideas but questioned whether less money would be sufficient, and implied that negotiations with Republican may take too much time.

“The president is uncompromising when it comes to the speed that we need to act at to address this crisis,” Deese said.

Meanwhile, House Speaker Nancy Pelosi said last week that she felt Democrats had more “leverage” with Republicans because of the prospect of budget reconciliation.

“We have to be ready. We have more leverage getting cooperation with the other side if we have an alternative,” Pelosi said.

WUHAN, China (Reuters) – A year after his

Shelly Duvall is the subject of an unexpected —