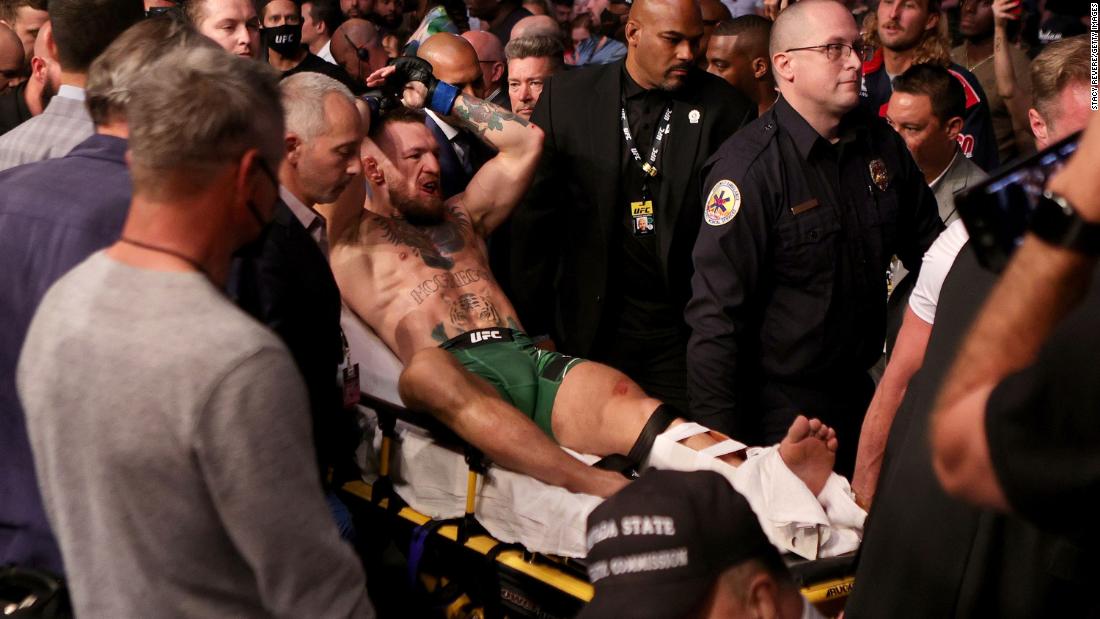 McGregor stumbled backwards, trapping his foot under himself and breaking his left leg, with the fight stopped by doctors at the end of the first round at the T-Mobile Arena in Las Vegas.
“Just out of the surgery room, everything went to plan, everything went perfect and I’m feeling tremendous. We’ve got six weeks on a crutch now and then we begin to build back,” McGregor said in a video posted on social media.
Visit CNN.com/sport for more news, features, and videos
“A clean break of the tibia and it was not to be. Dustin, you can celebrate that illegitimate win all you want but you’ve done nothing in there. That second round would have shown all.”
McGregor’s defeat and the seriousness of the injury has raised doubts about his future in the sport but UFC President Dana White said there would be fights on the table when he is fit again.
Share

The pursuit started after a police sergeant sa

A man, woman and their 1-year-old child were s