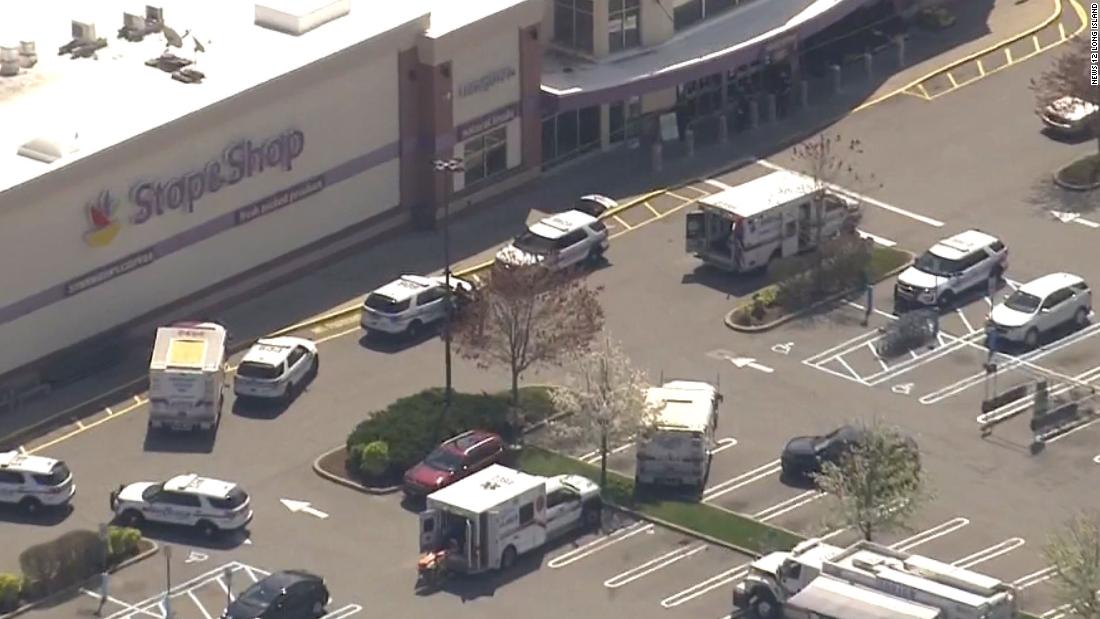 The shooting happened in a manager’s office on an upper level of a Stop & Shop grocery in the community of West Hempstead, New York. A couple hundred people were inside the store, police said.
Gabriel DeWitt Wilson is someone “we believe is the shooter,” Nassau County Police Commissioner Patrick Ryder said before Wilson was taken into custody.
“He left the scene, and he was witnessed still carrying the handgun,” Ryder told reporters.
The shooting killed a store manager, a Nassau County official told CNN on condition of anonymity. Police earlier said the person who died was 49 years old, but did not release a name.
The two wounded survivors were taken to a hospital, and were conscious and speaking with law enforcement officers, authorities said.
Wilson, about 30, was last seen heading west on a nearby turnpike, police said. Police said Wilson is about 6 feet 2 inches tall and was wearing a black baseball cap and a black sweatshirt.
He had worked at the store, but investigators aren’t certain whether he still was employed there, Ryder said.
Authorities say they do not know a motive for the shooting in West Hempstead, which is about a 10-mile drive east of the New York City borough of Queens.
Police canvassed the area and nearby schools have been told to secure their buildings, Nassau County spokesperson Christine Geed said.
The West Hempstead and Franklin Square school districts said their facilities were instituting lockouts. Lockouts in the Franklin Square district means no one can enter or leave the building, its superintendent said.
The local head of the union representing many workers at the store said leadership was devastated and representatives were on the scene.
“The last year has been one full of resiliency, but also one of great worry,” Local 338 RWDSU/UFCW President John Durso’s statement said, citing the pandemic. “These workers have been through a tremendous amount and should never have to fear for their safety.”

The legislation comes a little more than a yea