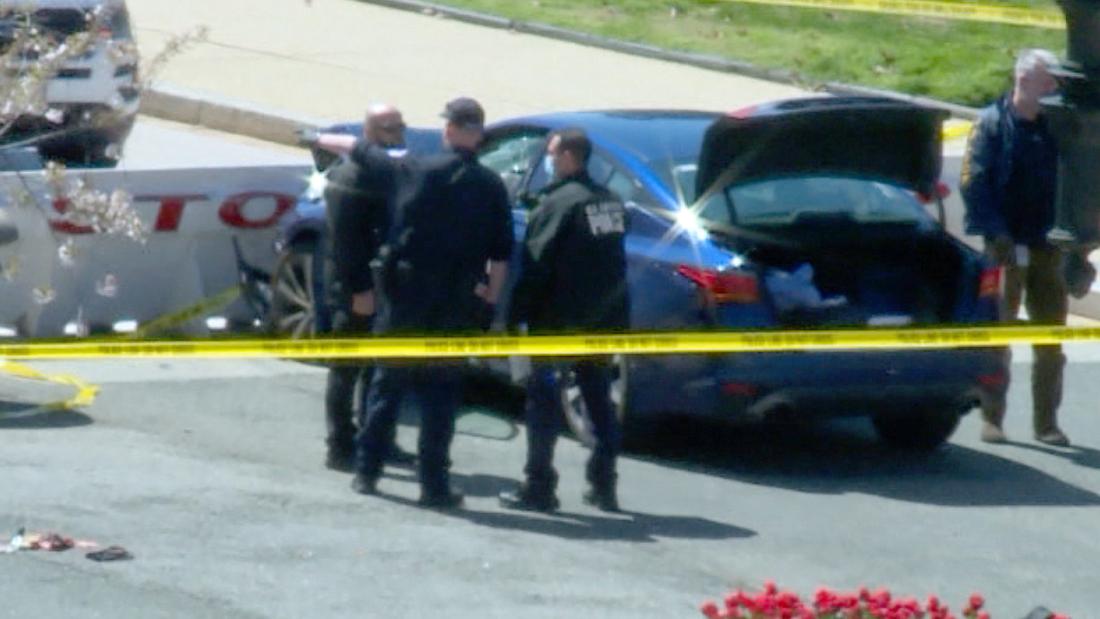 Evans’ death was ruled a homicide, according to a statement from the medical examiner’s office.
An 18-year veteran of the force, Evans died while protecting the Capitol from an individual who brandished a knife after ramming his vehicle into a police barricade along the perimeter of the Capitol. Another officer was injured in the attack.
DC Police said Noah Green, 25, rammed a blue sedan into Evans and another officer, who was injured, last Friday shortly before 1 p.m. After crashing into a security gate, police say, Green got out of the car with a large knife and a third officer shot him when he lunged at the officer. Green later died at a hospital.
House Speaker Nancy Pelosi and Senate Majority Leader Chuck Schumer announced earlier this week that Evans’ body will lie in honor in the Capitol Rotunda next week.
Pelosi called Evans “a martyr for our democracy” in a statement, adding that his death was “tragic and heroic.”
That sentiment was echoed by President Joe Biden and lawmakers on both sides of the aisle who offered their condolences to Evans’ family.
“Jill and I were heartbroken to learn of the violent attack at a security checkpoint on the U.S. Capitol grounds, which killed Officer William Evans of the U.S. Capitol Police, and left a fellow officer fighting for his life,” Biden said in a statement.
“We send our heartfelt condolences to Officer Evans’ family, and everyone grieving his loss. We know what a difficult time this has been for the Capitol, everyone who works there, and those who protect it,” he added.
Only four Capitol Police officers had been killed in the line of duty prior to this year, according to its data, but the department is now mourning the loss of one of its own for the second time in almost as many months.
Capitol Police Officer Brian Sicknick died a day after the Capitol riot on January 6 “due to injuries sustained while on-duty,” the Capitol Police said in a previous statement. Two other officers died by suicide after responding to the riot, one from the Capitol Police and another from Washington’s Metropolitan Police Department.
It remains to be seen how the most recent attack might impact longer-term plans regarding security at the Capitol, a topic that has come under increasing scrutiny as many lawmakers and staff hoped to reclaim some sense of normalcy despite ongoing congressional investigations into the failures around the January 6 attack.
Barbed wire fencing that surrounded the Capitol complex for months after pro-Trump rioters stormed the building has since come down and thousands of the National Guard troops who had been deployed in response to the insurrection have returned home, though thousands remain in Washington and were seen responding to last Friday’s attack.
This story has been updated with additional information Thursday.

The ruling comes after months of disputes over