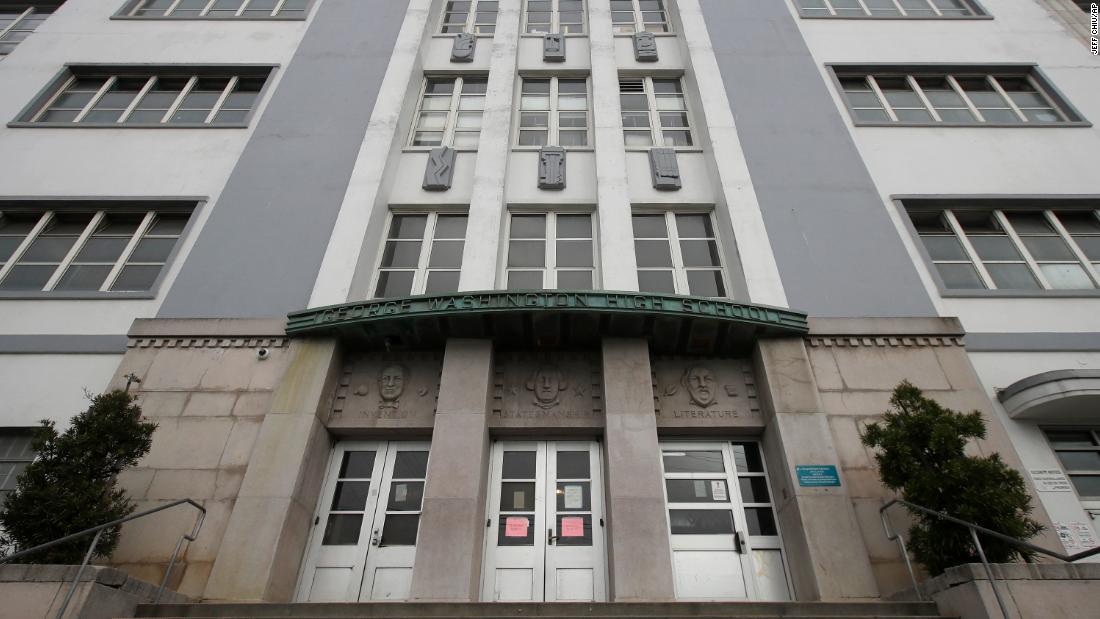 The nearly 900-page curriculum was approved by the state Board of Education on Thursday, following hours of public comments. The curriculum has been under development for nearly four years and the version approved was the fourth draft.
Though the curriculum is voluntary, supporters have argued that it’s a necessary effort to teach students about groups different from them — particularly following the attack last week against multiple Asian Americans in Georgia.
“We cannot endure the horrific acts of the past against people of color that unfortunately still continue today as we saw this week in Georgia. But what we do have to do is take steps to start preventing these horrific acts,” said Dolores Huerta, cofounder of the United Farm Workers Association, during the meeting. “Dr. Martin Luther King Jr. said racism is a sickness, and we have to become the healers. There is no other place that has the greatest responsibility than our educational system. So we have to support this and have ethnic studies.”
The statewide curriculum is the first of its kind in the country, state authorities say, and focuses on four ethnic groups: African Americans, Asian Americans and Pacific Islanders, Latino Americans, and Native Americans. The histories and experiences of Jewish Americans and Arab Americans are also included in the curriculum.
“By affirming the identities and contributions of marginalized groups in our society, ethnic studies helps students see themselves and each other as part of the narrative of the United States, a draft of the curriculum reads. “Importantly, this helps students see themselves as active agents in the interethnic bridge-building process we call American life.”
Though the curriculum has been approved by the Board of Education, it is still only a recommendation for districts that want to incorporate ethnic studies into their curriculum and not yet a statewide requirement.
Last September, California Gov. Gavin Newsom vetoed a bill that would have made ethnic studies a requirement for high school graduation, saying that the curriculum proposed was “insufficiently balanced and inclusive.”
Earlier in the year, though, Newsom made ethnic studies mandatory for students in the California State University system.
Across the country, aspects of ethnic studies have become increasingly incorporated into K-12 curriculums.
Last year, Connecticut announced it will require high schools to offer African-American, Black, Puerto Rican and Latino studies, becoming the first state in the nation to do so. Also last year, the San Francisco school board approved the development of a K-12 curriculum in Black Studies.
Share