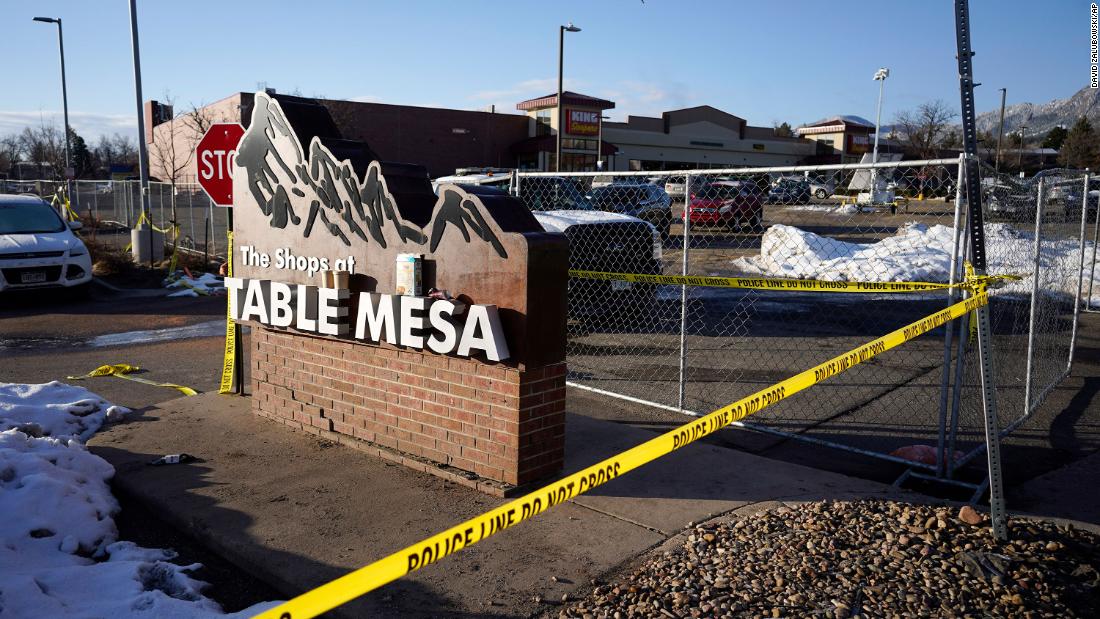 On Monday, tragedy struck Boulder when a gunman opened fire in a supermarket, killing 10 people. Authorities have not shared any information about the shooter’s motives, type of weapon used and how the weapon was obtained so it is not possible now to say how the ban would have applied to this case. But a senior law enforcement source told CNN that the weapon used in the shooting was an AR-15-style pistol modified with an arm brace.
In an opinion dated March 12, Boulder County District Court Judge Andrew Hartman wrote that the court found “only Colorado state (or federal) law can prohibit the possession, sale and transfer of assault weapons and large capacity magazines.”
He added that Colorado state law preempts local governments from enacting ordinances that prohibit the possession or sale of firearms, and so provisions of Boulder’s two ordinances “are invalid.”
AR-15-style rifles have been used in some of the most deadly mass killings in recent US history, including the 2012 mass shooting inside a movie theater in Aurora, Colorado, that left 12 people dead. An AR-15-style rifle was also the weapon a former student used to slaughter 17 people at Marjory Stoneman Douglas High School in Parkland, Florida.
The Parkland shooting is among the shootings listed in Boulder’s ordinance banning assault weapons. Two Boulder residents sued the city, arguing that the ordinance violated Colorado law, according to the Denver Post.
The Denver Post reported that “attorneys for the city argued Boulder had the right to pass the ordinance because it is a home-rule municipality and that the ordinance was necessary because of a lack of rules on assault weapons and large-capacity magazines at the state level.”
Colorado does not include the type of firearms that Boulder was trying to ban — semi-automatic rifles that can accept a detachable magazine and have a pistol grip, folding or telescoping stock, or any device allowing the weapon to be stabilized with the non-trigger hand — under its list of illegal or dangerous weapons. The state does prohibit magazines capable of holding more than 15 rounds, while Boulder’s ordinance prohibited magazines capable of accepting more than 10 rounds.
The judge, however, wrote in his opinion that Boulder’s ban “could create a ripple effect across the state by encouraging other municipalities to enact their own bans, ultimately leading to a statewide de facto ban or to a patchwork of municipal laws regulating assault weapons and (large capacity magazines).”
Asked whether the city would appeal, Boulder city spokeswoman Shannon Aulabaugh told CNN that the city is considering its options and has 49 days from the judge’s decision to file a notice of appeal.
This story has been updated with additional reporting Tuesday.
Share