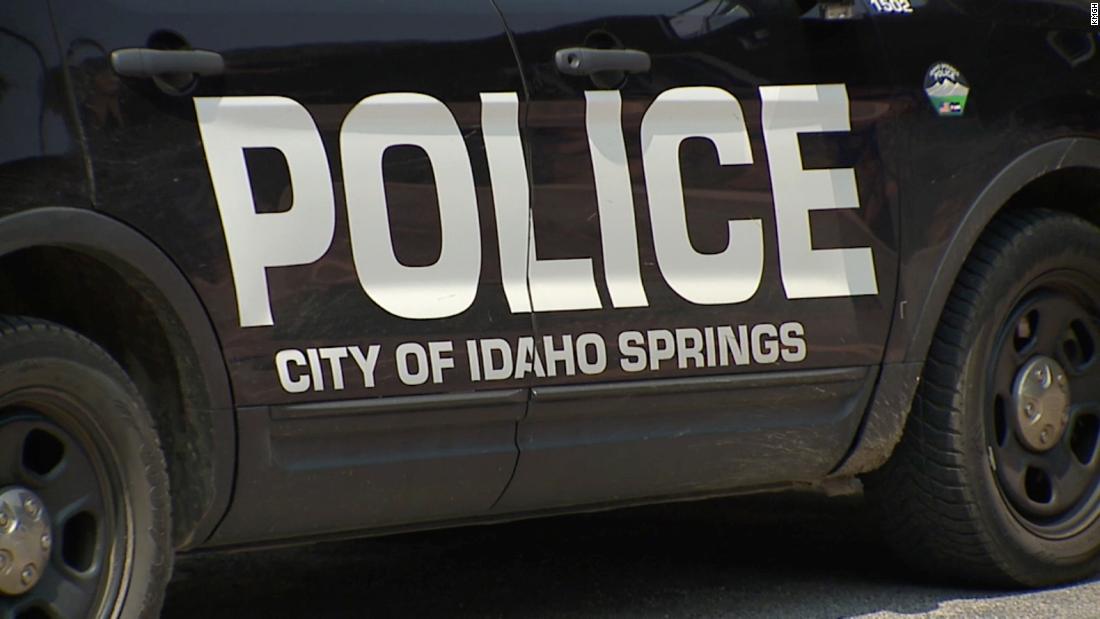 According to a news release from the police department last week, Idaho Springs Police Officer Nicholas Hanning and another officer responded to a disturbance call May 30, when a male suspect allegedly answered the door “holding a club-like object with what appeared to be teeth along the edges,” and then got into a physical altercation with officers.
“After multiple commands were given by both officers, Officer Hanning deployed his Taser. The male was injured as a result, and ultimately taken to St. Anthony’s hospital for medical care,” prosecutors said.
Attorney Sarah Schielke said in a statement on Facebook that her client, Michael Clark, 75, was involved in the altercation with officers and was unarmed.
The tasing caused Clark heart complications followed by a stroke, carotid surgery on his neck and a burst appendix, according to Schielke’s statement. He is still in a hospital and in poor health, she said.
Prosecutors, as well as Hanning’s defense attorney and the victim’s attorney, looked to Tuesday’s hearing to provide clarity on releasing footage from police body-worn cameras in compliance with Colorado’s new police accountability law.
The law, signed by Gov. Jared Polis on July 6, addresses a broad scope of police accountability measures ranging from body and dash camera requirements to training and appropriation of state police funding. The law also provides a timeline in which body camera footage must be released.
In her Facebook post, Schielke said Clark’s family wants to see Hanning’s body camera footage to find out exactly what happened to him.
The post included a statement from his children. “Our dad hasn’t been able to sleep in his own bed since May 30,” the children, identified as Cynthia and Jeremy said. “The taser wrecked his heart. He’s lost everything. All independence. All happiness … This is just so, so wrong. We won’t wait another minute because our dad may not have another minute. Our family deserves the truth now.”

Footage to be released by July 29, judge rules

Schielke said Idaho Springs Police Chief Nathan Buseck and Clear Creek County District Attorney Heidi McCollum had refused to release the videos.
McCollum told CNN Monday she was looking for clarification from the court on the new law before releasing the body camera footage to Clark’s family or the public.
“The parties (at Tuesday’s hearing) discussed the new law’s call for efficient release of law enforcement-type video footage, while weighing the privacy rights of victims, witnesses and defendants ‘caught’ on the footage during the incident, medical transport of the victim, emergency responders, etc.” a news release from the district attorney’s office said.
Clear Creek County Judge Cynthia Jones ruled the body camera footage with required blurring must be released to the public no later than July 29, according to the release.
Jones also dismissed the defense’s motion requesting to seal Hanning’s arrest warrant for third degree assault against an at-risk person, a felony.
The affidavit for the warrant describes portions of the body camera footage recorded as Hanning and another officer responded to an apartment complex because of a reported assault. A neighbor of Clark’s told a dispatcher that he had knocked her in her face, the document says.
The affidavit says the video shows the officers going to Clark’s apartment and there is a verbal confrontation where Hanning tells Clark to put “it” down. Within seconds Clark puts a sword on a shelf, the document says.
The two officers give Clark differing commands as he complains about the noise his neighbors were making, the affidavit says.
Then Hanning uses his Taser.
“At 22:51:07 hours, without commands or warning Ofc. HANNING fires his Taser, which strikes Clark in the abdomen and pelvic area,” the document says.
Clark falls backward, hits a dining room chair and lands on the floor, according to the affidavit.

Schielke said she thought Jones did a great job interpreting and applying the state’s new law during Tuesday’s hearing.
“The important thing about this law is the release of body cam is supposed to prompt and inventible,” Schielke said. “Those two things were honored today.”
Hanning, who has worked for the department since October 2017, will next appear in court on August 24, according to the DA’s release.
CNN reached out to an attorney for the officer but has not heard back.
The Colorado Bureau of Investigation is also investigating the incident. Police said the city is evaluating Hanning’s employment status.
The other officer, Ellie Summers, “received internal disciplinary action per departmental policy regarding a policy violation and remains employed with ISPD,” a police release from last week says. Summers has been with the department since June 2019.
Idaho Springs is in the Rocky Mountains about 30 miles west of Denver. In 2010, the city had a population of 1,717 people.
Share

McLennan decided to get the abortion with some