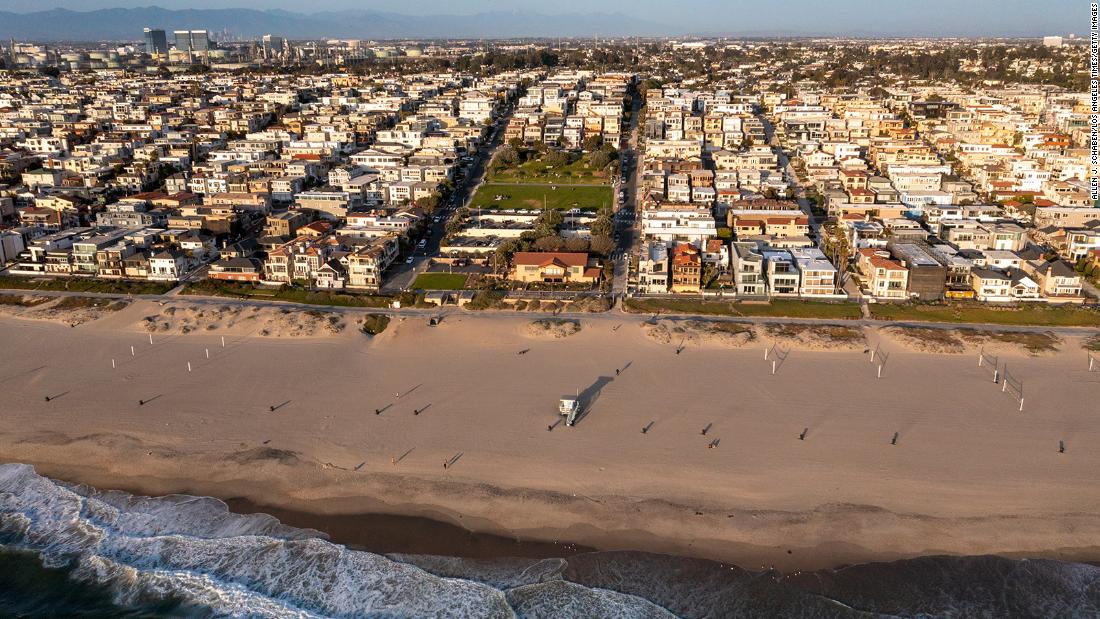 But the music and good times would not last due to the strict racial segregation that dominated American life then. Harassment from White neighbors and the Ku Klux Klan tore away at the dreams of owners Charles and Willa Bruce.
The final blow came in 1924 when the city took the property through eminent domain and paid the couple a fraction of what they asked for. The city wanted the land for a park. The Bruces left and died just five years later.
Now, there’s a move afoot to provide justice to their descendants. Los Angeles County officials on Friday said they are working with state lawmakers on legislation that would return the property — worth perhaps $75 million — to the family.
“The Bruces had their California dream stolen from them,” said county Supervisor Janice Hahn. “Generations of their descendants … almost certainly would have been millionaires if they had been able to keep their property and their successful business.”

An ugly chapter in community’s history

For a short time, Bruce’s Beach offered Black families a place to enjoy the rich taste of California life. Most importantly, it renewed their feelings of hope and unity. The couple purchased the land for $1,225 in 1912, and built several facilities, including a cafe and changing rooms.
Some White neighbors resented the Black beachgoers and the popularity of the resort, a Bruce family spokesperson told CNN.
White supremacists and Klan members posted “no trespassing’ signs” and slashed tires so Black families would avoid the area. The KKK attempted to set the property on fire and succeeded in burning down a local Black family’s home nearby, county officials said.
Hahn told reporters that when scare tactics didn’t work, Manhattan Beach declared eminent domain in 1924. The couple eventually were paid about $14,125.
The city left the land vacant for several decades after it took ownership in 1929.
Today, the property is now a park with a lawn, parking lot and a lifeguard training facility.
It no longer belongs to Manhattan Beach. The property was transferred to the state and to Los Angeles County in 1995.
City officials have acknowledged and condemned what happened, though they stopped short of an apology.
“The Manhattan Beach of today is not the Manhattan Beach of one hundred years ago,” the City Council recently said. “The community and population of the City of Manhattan Beach are loving, tolerant and welcoming to all. We reject racism, hate, intolerance and exclusion. Today’s residents are not responsible for the actions of others 100 years ago.”
The upscale city’s population today is less than 1% Black.
Losing Bruce’s Beach was devastating for the family because they struggled to buy beachfront property elsewhere. As a result, Charles and Willa Bruce moved to South Los Angeles and became laborers, said family spokesperson Duane Shepard.
They suffered “physical, mental, social and emotional stress” and died within five years after leaving Manhattan Beach, he said.

Some are not happy about the idea

Giving the land back to the Bruce descendants will require state action. A bill will be introduced this week.
The law essentially will make the Bruce’s property exempt from restrictions that limit the county’s ability to transfer the property with ease. With Gov. Gavin Newsom’s approval, the transfer process could be solidified by the end of the year.
Although the bill is not expected to face much opposition at the legislative level, it has been met with resistance from some in the neighborhood. One person who did not give her name expressed her concerns at the county’s news conference on Friday.
“I’ve been lucky enough to live in this beautiful spot for over 50 years,” the neighbor said with frustration. “I’ve never been discriminated against by this community, but it hurts me that the people here are trying to spoil what we have here.”
The comments were met with pushback from numerous individuals.
“We love it just as much as you do,” said Shepard, the spokesman for Bruce descendants. “After the family was railroaded out of town, they lived in Los Angeles destitute and so therefore, these people who did this to my family need to rectify it by any means, including apologize.”

Trying now to right a wrong

As Los Angeles County takes steps to position itself on the right side of history, the descendants of the Bruces are positioning themselves for a life-changing sum of money.
The two lots are worth approximately $75 million in total, officials confirmed to CNN. The houses directly next to the property have hefty price tags of around $7 million each.
One option the family is considering is leasing the land back to the county. If they go this route, the descendants would be landlords and the county would pay rent to use the property to maintain the existing park and lifeguard facility, for example.
The Bruce family is weighing an offer to accept an outright payout from the county, the family spokesperson told CNN. Details of that specific amount have not been disclosed. The family also has the option to simply reclaim the property and do as they wish with developing plans, a move that would require various steps to achieve local officials’ approval.
“I am hopeful that the people in California will see the importance of trying to right this wrong,” said Shepard, the family spokesman.
State Sen. Steven Bradford, a coauthor of the legislation, said the story of Charles and Willa Bruce is not unique in California.
“Black-owned properties experienced tremendous amounts of hatred, harassment, hostility and violence at the hand of the Ku Klux Klan, who cold-bloodedly threatened the Bruces and other families who dared to enjoy their property.”
Share

The disturbance at the City Justice Center beg