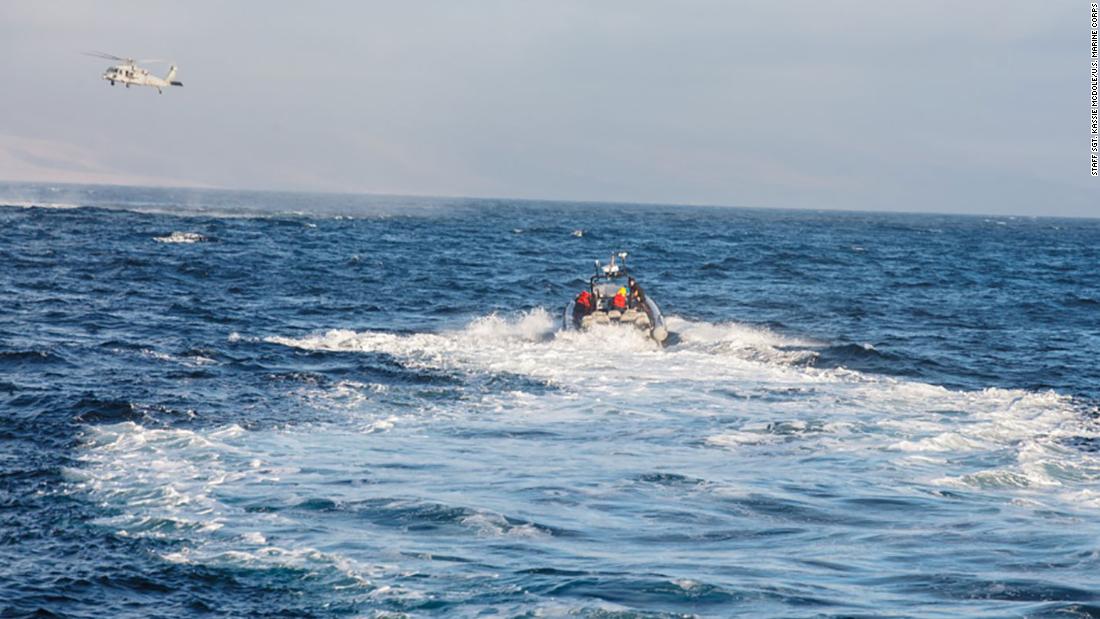 The deaths occurred when an assault amphibious vehicle, or AAV, sank near San Clemente Island on July 30, 2020, during a 15th Marine Expeditionary Unit and Makin Island Amphibious Ready Group routine. The commander of the 15th Marine Expeditionary Unit was fired after a US Marine Corps investigation found that a series of human and mechanical failures led to the sinking of the vehicle.
General Gary Thomas told lawmakers at a House Armed Services Subcommittee hearing that “11 people were fired” after the investigation into the incident.
“The majority of those 11 are being considered for separation from the service, and some have had lesser discipline taken against them,” Thomas said.
Thomas said the AAV vehicles that the marines were operating before and during the incident should have been in a “higher state of material readiness.”
“These vehicles were delivered in, as the investigating officer notes, horrible condition. Twelve of the 13 were inoperable on the 20th of April,” Major General Gregg P. Olson, staff director of the US Marine Corps, said during the hearing. “All should have been ready for both land and water operations.”
Olson said that by the time the vehicles were boarded onto the ship, “they had been returned to what we thought was water-born capable” operation. After the incident and the subsequent investigation, they found “that we had a problem across the fleet with our water-tight integrity,” Olson said.
On July 30, 2020, a group of AAVs were moving from the USS Somerset to San Clemente Island. On the return trip, four AAVs were delayed for five hours because of a mechanical failure on one of the vehicles, the investigation found.
When the AAVs did enter the ocean, one began taking on water from multiple spots, as the transmission failed and bilge pumps were overwhelmed, causing the vehicle to sink. The vehicle commander issued a distress signal, but it took 45 minutes for another AAV to pull alongside to assist. The two AAVs collided, which forced the accident vehicle to turn towards a swell. A wave swept over the vehicle, into the open hatch, and the vehicle sank rapidly.
Investigators found that “some 54% of the vehicles that were inspected had failures in the water-tight integrity of their plenum doors, that’s the large intakes on the front that permit air to come in and out of an engine that’s underwater,” Olson said.
Eighteen percent of the vehicles had “cargo hatches that were leaking in excess of what they should have been,” and “50% had inoperable emergency escape lighting systems,” he added.
“None of those vehicles are permitted back into the water until they are returned to operable condition,” Olson told lawmakers on Monday.
Thomas said the incident was a “failure from beginning to end.”
“If we can with our education system, our reporting systems, create an environment where people are comfortable, I think we’ll make a lot of headway towards the safety culture that we need,” he added.

CNN’s Barbara Starr and Oren Liebermann contributed to this report.

Being in recovery from an eating disorder is li