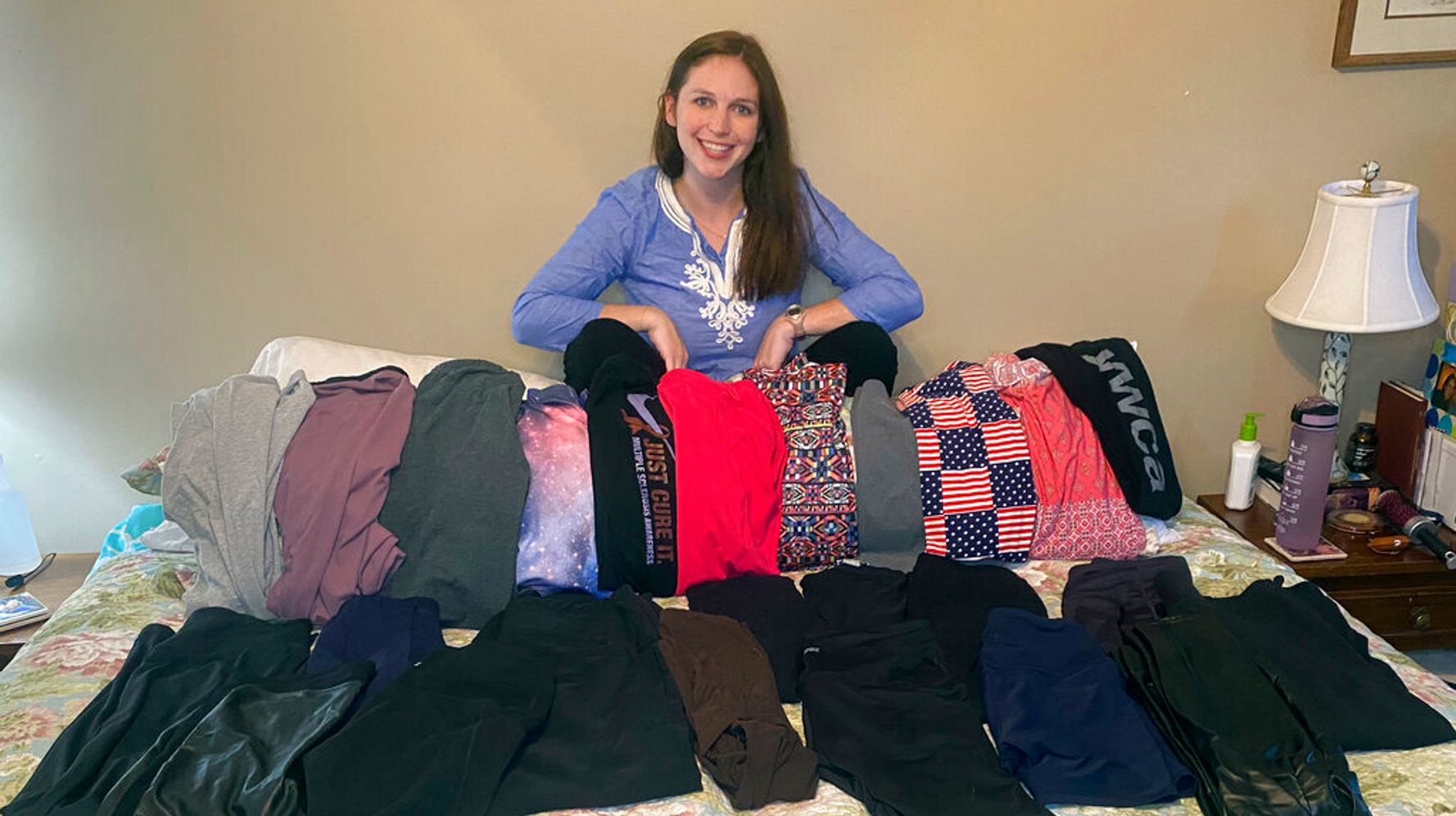 NEW YORK (AP) — Alina Clark is about as tired of her pandemic wardrobe as her comfort clothes are stretched and torn.

“I have four sets of jeans, seven shirts and five sweaters that I wear every week,” said Clark, co-founder of a software development company in Los Angeles. “They’re everything I’ve worn in the last two years. Me and my wardrobe are suffering from COVID fatigue.”

A wardrobe purge is on for some as vaccinations have taken hold, restrictions have lifted, and offices reopen or finalize plans to do so. The primary beneficiaries: resale sites online and brick-and-mortar donation spots, continuing a trend that’s been building for the last several years.

At the resale site Poshmark, orders are up for handbags and work-worthy dresses when compared to last year. The same goes for blazers, suit jackets and heels.

Projections show the trend growing stronger. The secondhand clothing business is expected to more than double, from $36 billion to $77 billion in 2025, according to a recent report commissioned by the secondhand marketplace ThredUP and the research firm GlobalData.

The growth is driven by an influx of new sellers putting high-quality clothing into the market, said James Reinhart, co-founder and CEO of ThredUP. He estimates that 9 billion clothing items that are hardly worn are sitting in shoppers’ closets.

Even before COVID, buying and selling secondhand clothing was popular, but the pandemic made the appetite for thrift even more appealing.

The post-pandemic shopper is more environmentally conscious and is showing a greater appetite for clothes that have good resale value, rather than disposable fast fashion, Reinhart said. People who haven’t been able to wear most of the items in their closets for a year are more aware of waste and want to put their clothes back in circulation.

“There’s a new mindset around clothing consumption,” Reinhart said. “It’s not this buy, wear, throw out. There is this consciousness that happened during the pandemic where people were much more sensitive to this notion of waste.”

Maia DiDomenico’s mother introduced her to ThredUp during the pandemic. A recent college graduate who began a new job working with kids on the autism spectrum, the 23-year-old in Cranford, New Jersey, purged some Athleta sportswear on the site and received $557.60 in Athleta gift cards in exchange.

“It cleans your closet out quickly, and you have the chance to donate unwanted clothes,” she said.

For months, the 29-year-old Clark has had the urge to declutter her overflowing wardrobe, and she began piling up clothes for donation several weeks ago. But she’ll be purchasing new clothes.

She’s looking for some “glitz and glamour” as her Zoom life soon ends and physical get-togethers have begun.

Consumers are purging more than their worn-out pandemic wear.

At the luxury resale site TheRealReal, with more than 22 million members, the total value of pre-owned goods sold this year through May was about $239 million, up by 53 percent from the same period in 2019, according to a company report.

Some are taking the opportunity to reinvent their personal style, said Jessica Richards, a trend forecaster and fashion director for the Accessories Council, a nonprofit trade group.

“We saw a lot of consumers abandon their mindless shopping habits and instead focus on investment dressing. Less of being ‘sick’ of their pandemic wardrobes but more wondering why they might own as much or what is the breadth of their closet,” she said. “It’s now about streamlining and zeroing in on what their desired personal style image should be.”

Not everybody is looking to abandon their COVID style, however.

In Lynchburg, Virginia, 33-year-old Cameron Howe is ready to burn just about everything she has worn during the pandemic — except her impressive legging collection — as she transitions from a school career.

“I bought 15 to 20 plus pairs of leggings,” she said. “In a few weeks, I’ll start a new career as a project manager for a local nonprofit. I plan on wearing leggings to work. Thankfully, both my past and new employer are legging-friendly. I don’t really want to wear real pants again. I developed an absolute love of leggings during the pandemic.”