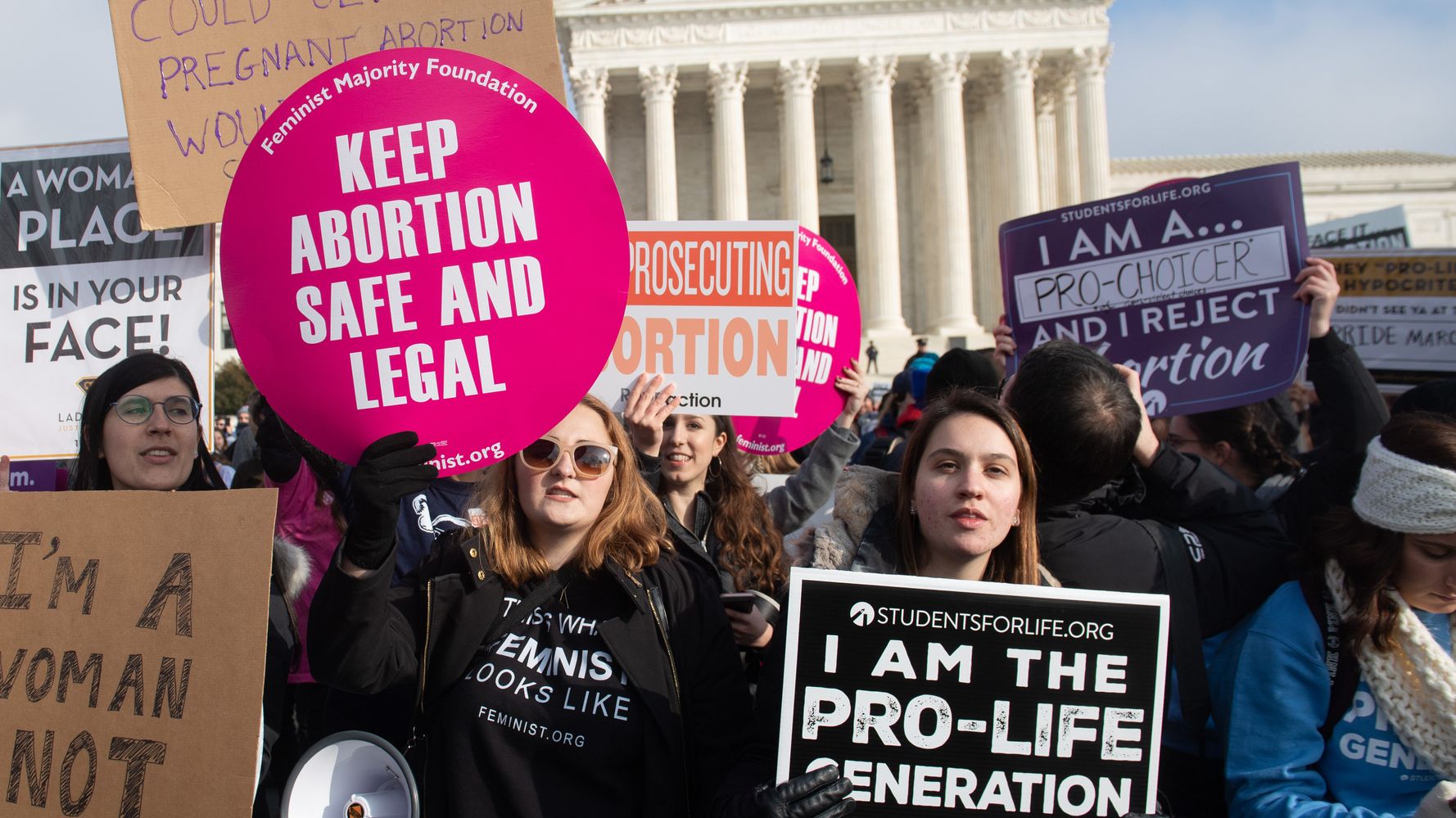 Legislative attacks on abortion have been so numerous in 2021 that it may be considered the most devastating period for reproductive rights on record, a report released Friday found.

New findings from the Guttmacher Institute, a pro-choice research and policy organization, put the number of abortion restrictions introduced in state legislatures at 536 across 46 states, touching nearly every corner of the U.S.

Of those restrictions, 146 attempted to outlaw abortions, either through outright bans on the procedure or through bans imposed after a limited number of weeks into a pregnancy.

So far, lawmakers have enacted 61 of those restrictions across 13 states, including eight bans. That number is unheard of, said Elizabeth Nash, a principal policy associate for the Guttmacher Institute who co-authored Friday’s report.

“It is not unusual for hundreds of abortion restrictions to be introduced in state legislatures each year,” she told HuffPost. “But this year we are seeing a high volume of restrictions getting signed into law and a wide scope in the types of legislation, including near-total abortion bans that should be relegated to the dustbin of history. The sheer volume of enactments so far this year is unprecedented. And there’s many more still gaining traction.”

By this time in 2011, “the year previously regarded as the most hostile to abortion rights since [Roe v. Wade] was decided,” the Guttmacher Institute’s report said, 42 restrictions had been enacted, including six bans.

It’s likely that the number of anti-abortion restrictions enacted this year will climb even higher. Several pieces of far-reaching legislation are quickly moving through Texas, where Republican Gov. Greg Abbott is likely to sign any such bills that reach his desk.

“In Texas, which has yet to enact any restrictions in 2021, there have been 63 restrictions introduced, and 17 have passed at least one chamber,” Nash said. “They appear to be throwing every anti-abortion bill they can think of and seeing what will stick, including a near-total ban, a 6-week ban, restrictions on medication abortion, ‘counseling’ requirements, and reason bans that would force providers to interrogate patients.”

The state of abortion access changed drastically just this past week. On Monday and Tuesday alone, governors signed 19 new abortion restrictions into law. On Thursday, Indiana Gov. Eric Holcomb (R) signed eight more. That’s the highest number of new restrictions signed in one week “in at least a decade,” the report said.

Some of the most restrictive laws this week came out of Oklahoma, where Gov. Kevin Stitt (R) signed a bill revoking the medical license of any physician who performs an abortion unless it’s done to protect the mother’s life or bodily functions, and a bill requiring abortion providers to test for a “fetal heartbeat” ― a medically inaccurate and misleading term ― in patients who request an abortion and to deny them the procedure if they detect one. That would functionally ban abortion around six weeks of pregnancy — before most patients even know they’re pregnant.

Though both pieces of legislation likely won’t go into effect on schedule due to court challenges, they would make abortion nearly impossible to access in the state of Oklahoma, where the procedure is already hard to come by.

The sheer volume of enactments so far this year is unprecedented. And there’s many more still gaining traction. Elizabeth Nash, principal policy associate for the Guttmacher Institute

But Arkansas has gone further than any other state this year by enacting 20 new restrictions, tying a record Louisiana set in 1978 for the most restrictions in a single year. That includes a law Gov. Asa Hutchinson (R) signed last month outright banning all abortion, except in cases where a pregnancy poses a risk to the mother’s life.

Like much of the other extreme abortion restrictions enacted this year, its proponents know the laws will be met with swift legal challenges. If all goes according to their plan, the U.S. Supreme Court ―  recently transformed by conservative Trump-era justices ― will revisit the abortion rights precedent established in the Roe v. Wade decision.

“That was the whole design of the law. It is not constitutional under Supreme Court cases right now,” Hutchinson said after signing the law. “I signed it because it is a direct challenge to Roe v. Wade.”

Miami Beach extended a state of emergency for a