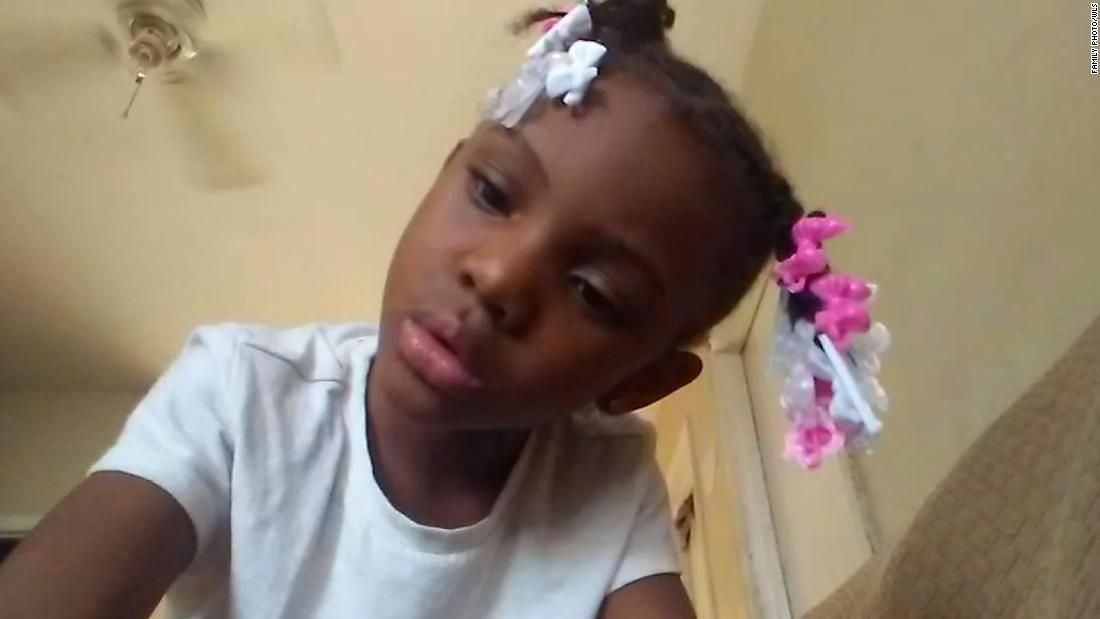 Chicago Police Superintendent David Brown identified the suspect as Marion Lewis, who was shot and wounded by police Thursday after a vehicle pursuit, crash and attempted carjacking.
Brown would not say in a news conference Saturday whether police believe Lewis is the person who fired the shots that killed Jaslyn and wounded her father on April 18 while they were at the McDonald’s drive-thru.
“We are saying at this point in the investigation that he was involved in the murder of Jaslyn Adams,” Brown told reporters. “That’s our specific statement.”
Besides first-degree murder, Lewis has been charged with three counts of attempted murder, robbery, aggravated vehicular hijacking and aggravated assault of a police officer, Brown said.
It was not immediately clear Saturday whether Lewis had an attorney who would comment on his behalf.
The investigation remains ongoing, and police continue to search for other suspects in the case, Brown said.
“You can run, but you can’t hide,” he said, addressing those potential suspects. “We are going to bring you to justice for this crime. The Adams family deserves nothing less.”
Lewis was wounded by Chicago police Thursday, Brown previously said.
CPD officers were surveilling a “murder suspect” shortly after 4 p.m. local time in a western suburb of Chicago, Brown had said in a news conference Thursday.
Officers attempted to stop the suspect’s vehicle while headed eastbound on I-290, but the suspect crashed his vehicle on the shoulder before trying to carjack a family’s vehicle that was stopped in traffic.
That’s when officers confronted the suspect and fired their weapons, Brown said.
Police recovered two firearms from the suspect, he added.
Brown would not say if the suspect had fired at officers, saying that would be determined during an investigation.
The Chicago Office of Police Accountability, which reviews incidents in which an officer fires a department-issued handgun, said in a tweet it had responded to the scene.
Share

The video of the attack shows a person wearing